27 Years of Protecting the Tongass 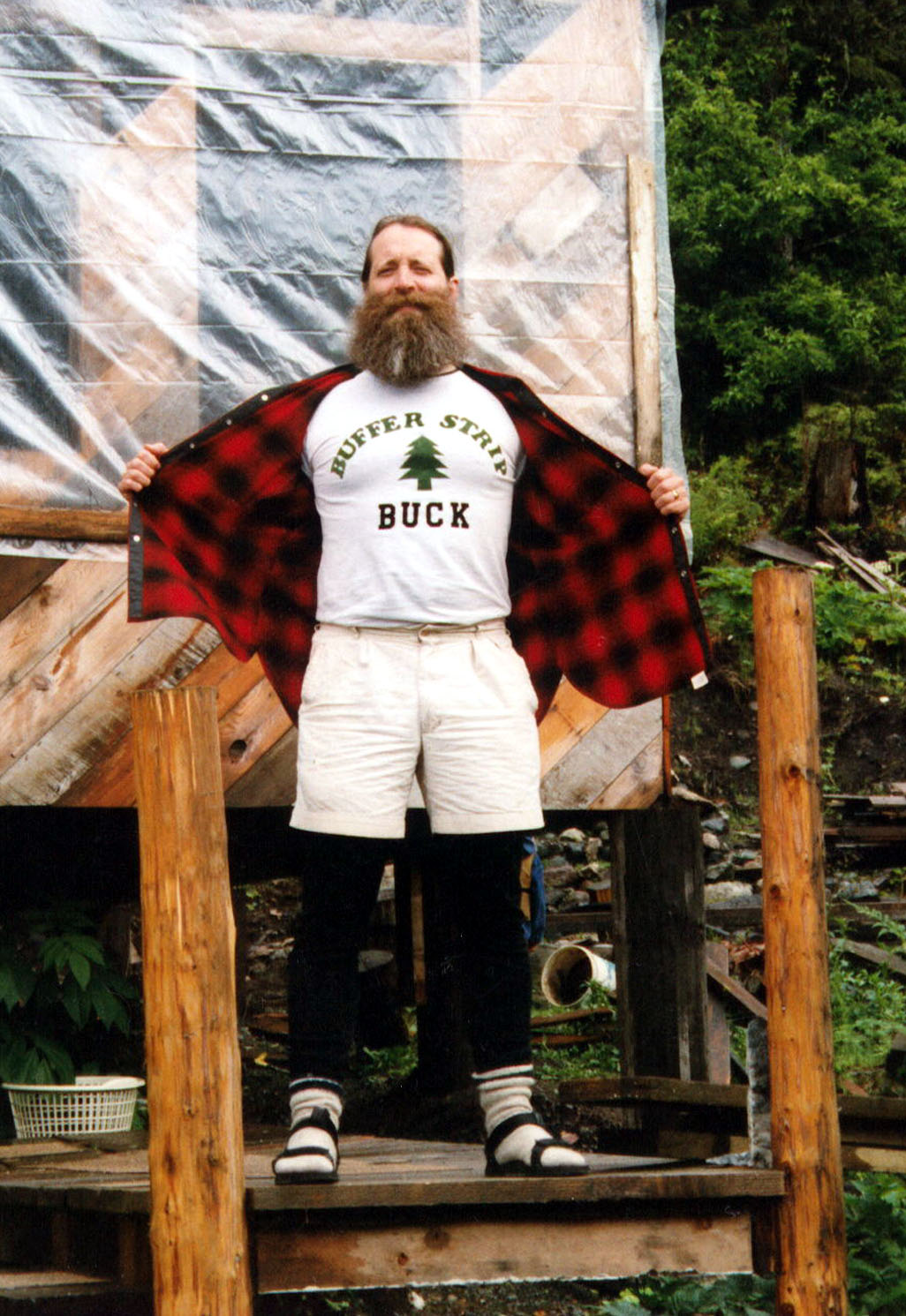 Twenty-seven years ago, Buck Lindekugel was hired on at SEACC as our Grassroots Attorney. To celebrate we sat down to hear about some of the wins, losses, and long campaigns that have defined his time here at SEACC and in many ways have defined the conservation movement here in Southeast Alaska. Buck’s work has focused on safeguarding the special areas so important to Southeast communities and residents and defending the promise of Tongass reform by pushing the Forest Service to uphold their obligation to manage the land for all forest users, not just a select few timber companies. Many of the names, places, and issues he has worked on still ring familiar today and continue to inspire us due to his hard work protecting our rainforest home.

In 1988, soon after passing the Alaska Bar, Buck opened his own environmental law practice in Juneau. His first client, Alan Stein, came to his office thanks to a referral from Steve Kallick, SEACC’s first grassroots attorney, now a SEACC board member. Alan wanted to sue the Forest Service over its June 1989 Record of Decision approving the 1989-94 operating plan for the Ketchikan Pulp Company. The decision approved clearcutting nearly 1 billion board feet of Tongass old-growth forest on Prince of Wales Island, including the incredibly productive Salmon Bay watershed. It also allowed for variable-width riparian buffers instead of the minimum, 100-foot no-cut buffer recommended by the National Marine Fisheries Service for all fish streams. 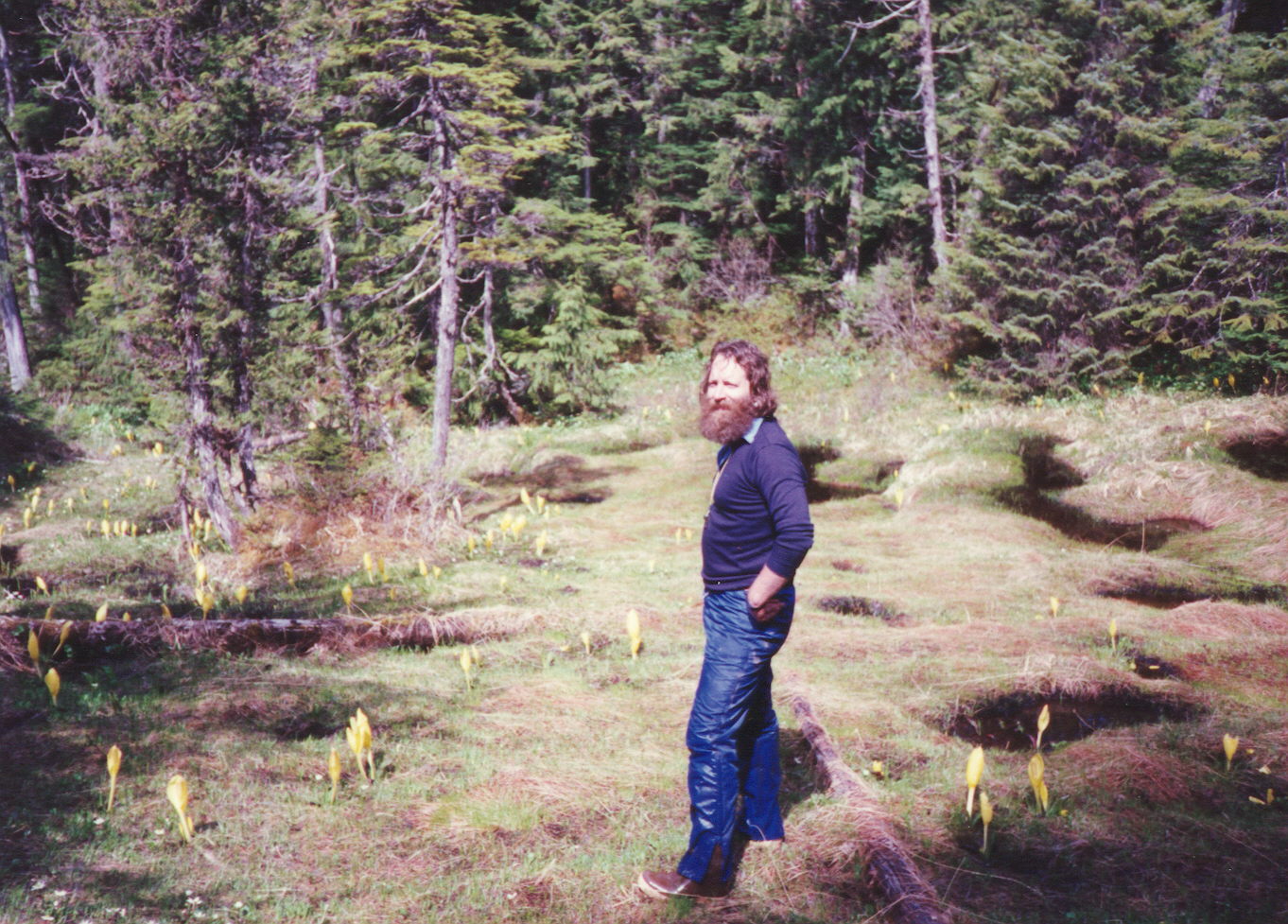 At the time, SEACC was in the final stages of its ultimately successful Tongass Timber Reform Act (TTRA) campaign and was working hard in Washington, DC.  Steve was also deep in the midst of an ongoing challenge in state court, over the Alaska Department of Natural Resource’s conveyance of limited timber cutting rights to the University of Alaska on some 38,000 acres of state land along the Yakataga coastline between Yakutat and Cordova, including the incomparable Cape Suckling.

Buck, having never reviewed an environmental impact statement or filed a lawsuit, took the case on, helped Alan incorporate the non-profit Salmon Bay Protection Association, and went to federal court. On September 29, 1989, Judge Von Der Heydt issued a temporary restraining order, stopping the Forest Service from authorizing logging or road building within 100 feet of salmon or resident fish streams. By the end of March 1990, Senator Bennett Johnston offered an amendment as a substitute to the 1989 House-passed version of the TRRA, including a 100-foot minimum buffer requirement that ultimately became the law on the Tongass. 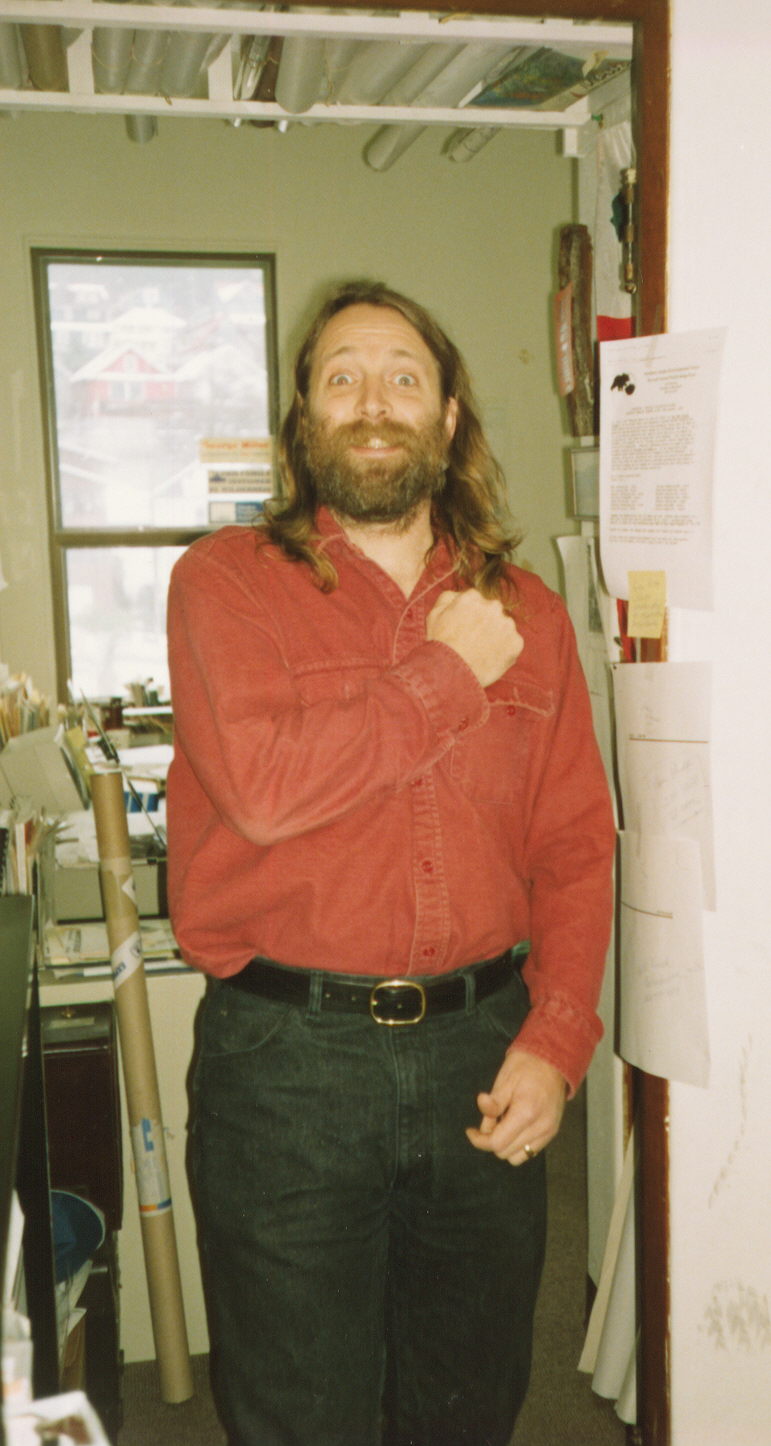 When Steve decided to retire from SEACC, Buck applied for the position and, ten weeks before President George H. W. Bush signed the landmark TTRA into law on November 28, 1990, started working for SEACC. His job focused on two objectives: 1) make sure the Forest Service fully and faithfully implemented the Tongass Timber Reform Act; and 2) safeguard all the Tongass wildlands designated as Wilderness in the 1989 House-passed version of the TTRA but left unprotected in the final compromise bill -- places like Uskh Bay, Upper Tenakee Inlet, East Kuiu, Rocky Pass, Castle River, Port Houghton, Sarkar, and Keete and Kassa Inlets, south of Hydaburg.  As of today, all these lands remain eligible for Wilderness designation except for Keete and Kassa Inlets, which were conveyed to Sealaska Corporation in 2014.  Congress also designated 152,000 acres of the Tongass for perpetual management as roadless wildlands or Legislated Land Use Designation (LUD) II lands, including Rocky Pass and Sarkar Lakes. 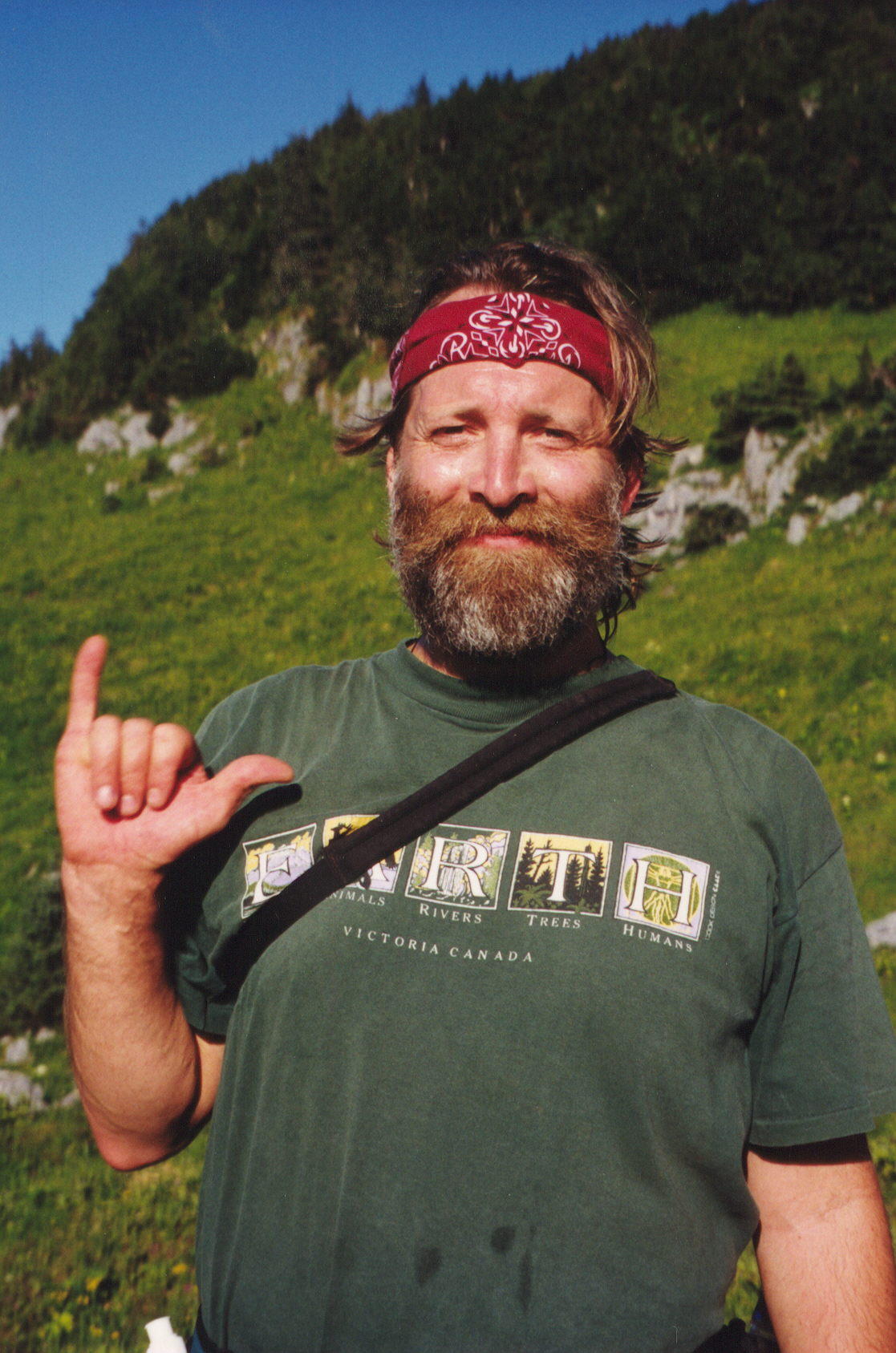 Buck knew that he had big shoes to fill. Not only had Steve been a key player during the Tongass Reform campaign, but his advocacy had resulted in the Alaska State Legislature creating the 90,000-acre Yakataga State Game Refuge and directing completion of a public planning process before any more logging occurred on state lands in this area. In addition, Steve had worked with other stakeholders on amendments to Alaska law that imposed minimum salmon buffer requirements for state lands and also required more limited salmon protection on private lands.  Buck picked up the torch and ran with it.

Tongass planning has always been a focus of Buck’s work. When he started at SEACC, he helped submit extensive comments from SEACC on the draft Tongass Plan Revision issued for public review in the summer of 1990.  After the passage of the TTRA, however, the Forest Service supplemented its analysis in 1991; one of the alternatives proposed was the agency’s preferred alternative, Alternative P, which called for logging levels at rates higher than before Congress told the Forest Service to end its “timber-first” approach to Tongass management. Over the next 25 years, and through six separate forest planning processes, the annual cut level on the Tongass has dropped roughly 90 % from 450 to 46 million board feet. While significant, the Forest Service still plans to perpetuate the conflict and controversy associated with old-growth logging on the Tongass for at least another decade.

One of the first big issues Buck worked on related to the Central Prince of Wales Timber Sale for the Ketchikan Pulp Company.  In 1993, when the U.S. Forest Service released the Draft Environmental Impact Statement (Draft EIS) for this timber sale, a courageous agency planner disclosed critical information about “falldown” – the significant discrepancy between agency estimates of how much timber is out there and how much is actually available. The chronic overcutting caused, in part, by using inflated estimates of how much timber is available for logging, is a big reason why today the Forest Service cannot supply industry with economical timber sales – the best timber has already been clearcut. 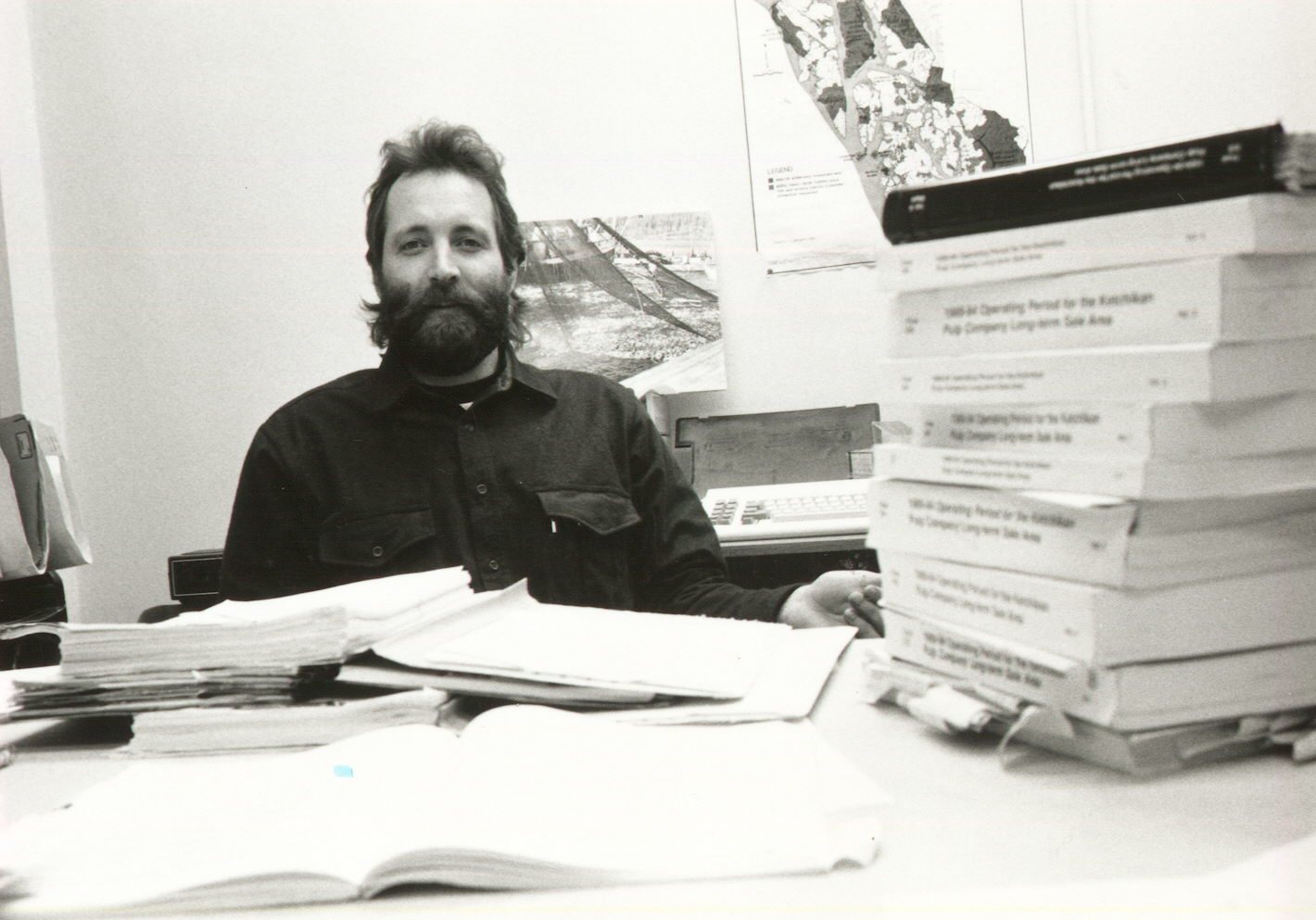 By 1998, the Tongass National Forest, like so many other national forests, had been crisscrossed with thousands of miles of logging roads. Faced with a huge backlog of roads sliding into disrepair, the agency proposed the Roadless Area Conservation Rule to halt the construction of new roads in inventoried roadless area for commercial logging. Initially, the agency did not want to include the Tongass but public outcry and agency leadership resulted in President Clinton signing a final rule that safeguarded all inventoried roadless areas on the Tongass, except for a couple of grandfathered sales. When the State of Alaska and the timber industry challenged the application of the road building prohibition on the Tongass, the Bush Administration settled the case by agreeing to propose an exemption for the Tongass from the Roadless Rule.  Despite opposition from across the political spectrum, in December of 2004, the agency dropped a lump of coal in our Xmas stockings by removing roadless area protections from the Tongass.  Despite aggressive efforts by the Forest Service, we stopped every new roadless timber sale approved since the adoption of the Tongass exemption.  It took several years, but SEACC and our tribal and conservation allies convinced the Alaska federal district court in 2011 that the agency had failed to offer a reasoned explanation in support of its decision to exempt the Tongass from the Roadless Rule. Today, the Roadless Rule continues to apply on the Tongass and the 2016 Tongass Plan Amendment prohibits commercial logging in Tongass roadless areas. 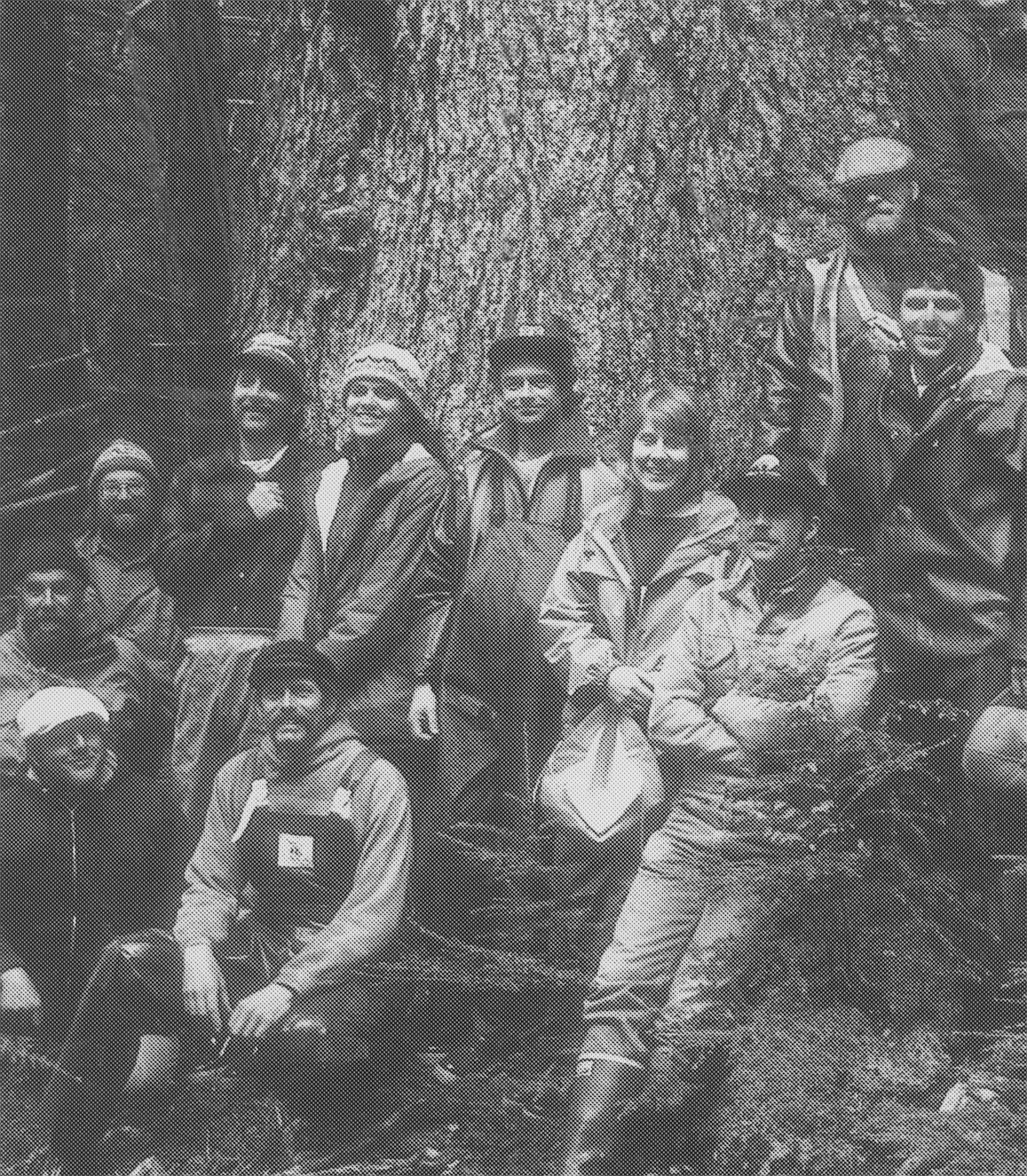 It was not just the mere cutting of trees, but other impacts from logging development on our land and water were of concern. The first waters listed as 'impaired' in Alaska were those that were used as ‘log dumps’ -- marine waters where freshly cut logs were dumped in, bundled into a raft, and floated to the pulp mills. As the big trees rubbed against each other they shed much of their bark, which fell below and created a thick, impenetrable layer of debris that slowly sucked the oxygen – and life – out of the water. State and federal agencies developed general permits to regulate this degradation but they didn’t provide the public with the opportunity to protect their existing uses of those waters. SEACC led the challenge of these discharge permits and forced the EPA to tighten up permit conditions and the Alaska Department of Environmental Conservation (DEC) to give the public a meaningful opportunity to protect their uses from degradation at each new dump.

Looking ahead Buck is hopeful for the future of the Tongass and the strong grassroots community here in Southeast Alaska. It is this community, a collaboration of organizations, tribes, communities, and individuals, which has inspired and supported him over the years and continues to do so. He emphasizes the importance of continuing to watchdog Forest Service projects, ensuring that the agency manages the Tongass that way it is supposed to be managed – in a balanced manner that ensures the multiple use and sustained yield of all renewable forest resources -- protecting it today for all those who wish to live and visit this place for many years to come. 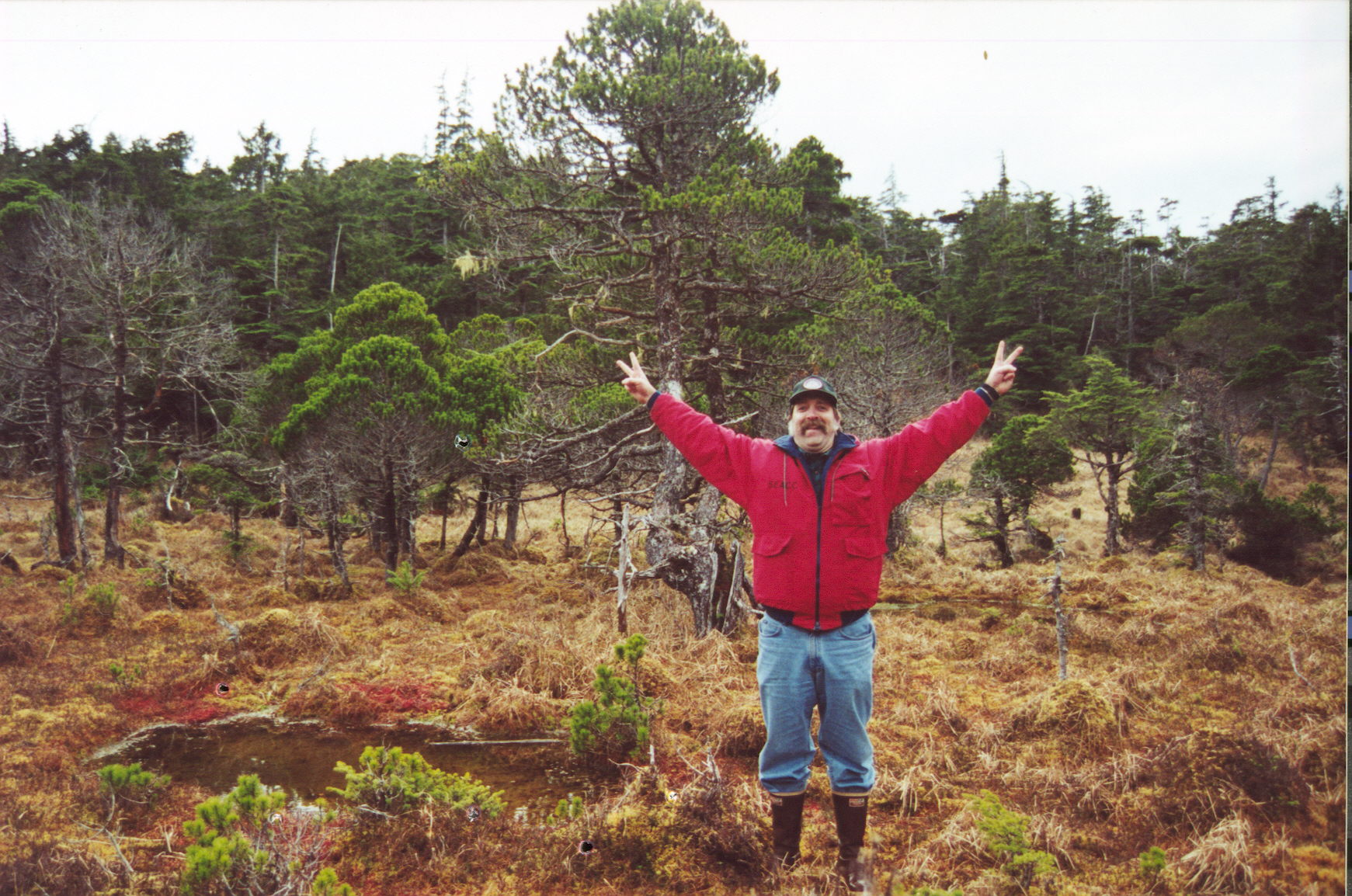