Save Our Roadless Forests

The U.S. Forest Service and the State of Alaska want to unravel the Roadless Rule on the Tongass National Forest to allow clearcut logging and road building in our roadless wildlands. Our best defense – YOU.

Another Attack on Alaska’s Roadless Wildlands

Yesterday, the State of Alaska and the US Forest Service signed a memorandum of understanding to initiate the process to develop an Alaska-specific version of the 2001 Roadless Rule, which currently protects some 9.2 Million acres of Tongass National Forest lands from being casually roaded for logging purposes. The addition of new logging roads to intact forest lands is widely understood and well-documented as having a profound negative impact on the quality of habitat, species diversity, and other characteristics of a natural forest that we contemplate when we think of a landscape that is truly wild.

Senator Cantwell takes a bold stand for the Tongass 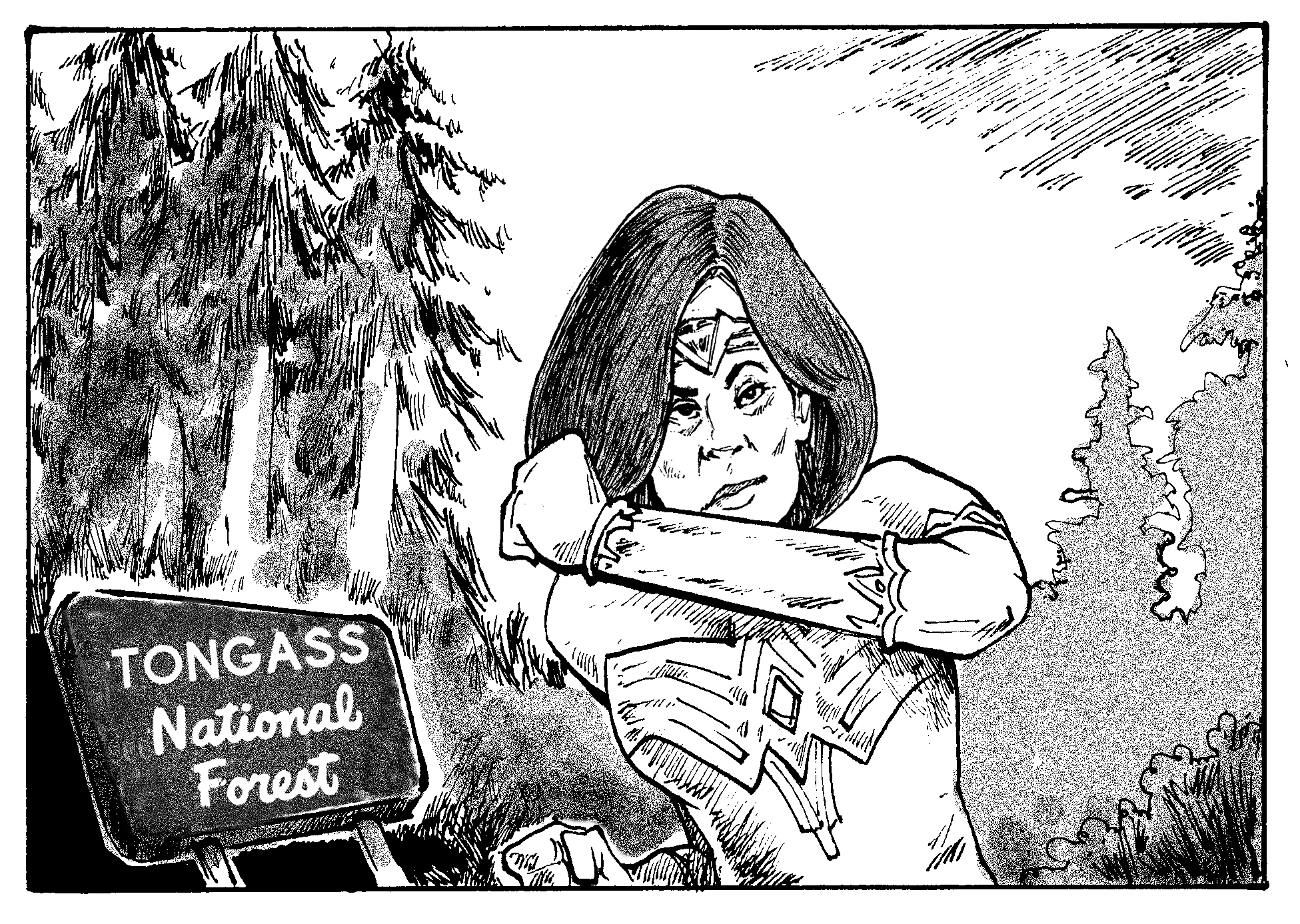 Today, U.S. Senator Maria Cantwell of Washington State took a decisive stand for roadless areas across America by introducing the ‘Roadless Area Conservation Act of 2018.’ When enacted, the proposed legislation will convert the Forest Service’s enormously popular Roadless Rule into federal law. Should the legislation pass, such a transformation would establish national protection for all Inventoried Roadless Areas of the National Forest System across America, including those on the Tongass National Forest, which provide some of the most spectacular and unique roadless values anywhere.

Celebrating the end of the Juneau Road

At a time when good news is hard to come by, we are thrilled to tell you that the Juneau Road finally has an end! Yesterday the Federal Highway Administration (FHWA) released their Record of Decision, selecting the no-build alternative for the Juneau Access Project, putting an end to the Juneau Road.

This decision protects US taxpayers and travelers in Southeast Alaska while preserving the largest roadless area on the Tongass National Forest, areas of great cultural significance to the Aak’w Kwáan, the original settlers of Juneau, and the abundant fisheries and wildlife resources of Berners Bay. It also supports the true heart of our transportation system, the Alaska Marine Highway, which provides transportation throughout Southeast for communities large and small.

Celebrate the Forth by protecting Roadless Areas!

Just announced - Secretary of Agriculture Sonny Perdue is coming to Southeast Alaska on July 5th. As we celebrate the Fourth of July, Secretary Perdue will be traveling north to America’s Rainforest. The Forest Service is part of the Department of Agriculture, which means that Secretary Perdue will have a big influence on the future of the Roadless Rule on the Tongass. He will tour Prince of Wales Island with Senator Lisa Murkowski where they will visit Viking Lumber, Good Creek Mills, and see stands of old and young growth trees.

This has been a busy summer here on the Tongass and we wanted to share some highlights with you. Keep reading to find out about the status of the Farm Bill, the Roadless Rule, the UA Timber sale and the proposed Prince of Wales timber sale.

On June 13th, Governor Walker decided to leave almost $21 million for the stalled Juneau Road Extension in the state budget. While we’d have preferred to see him use a line-item veto to remove this allocation, we believe the Governor when he says he “[was not] breathing life into something we have closed.”

Expanding 'Waste' Lines at the Greens Creek Mine 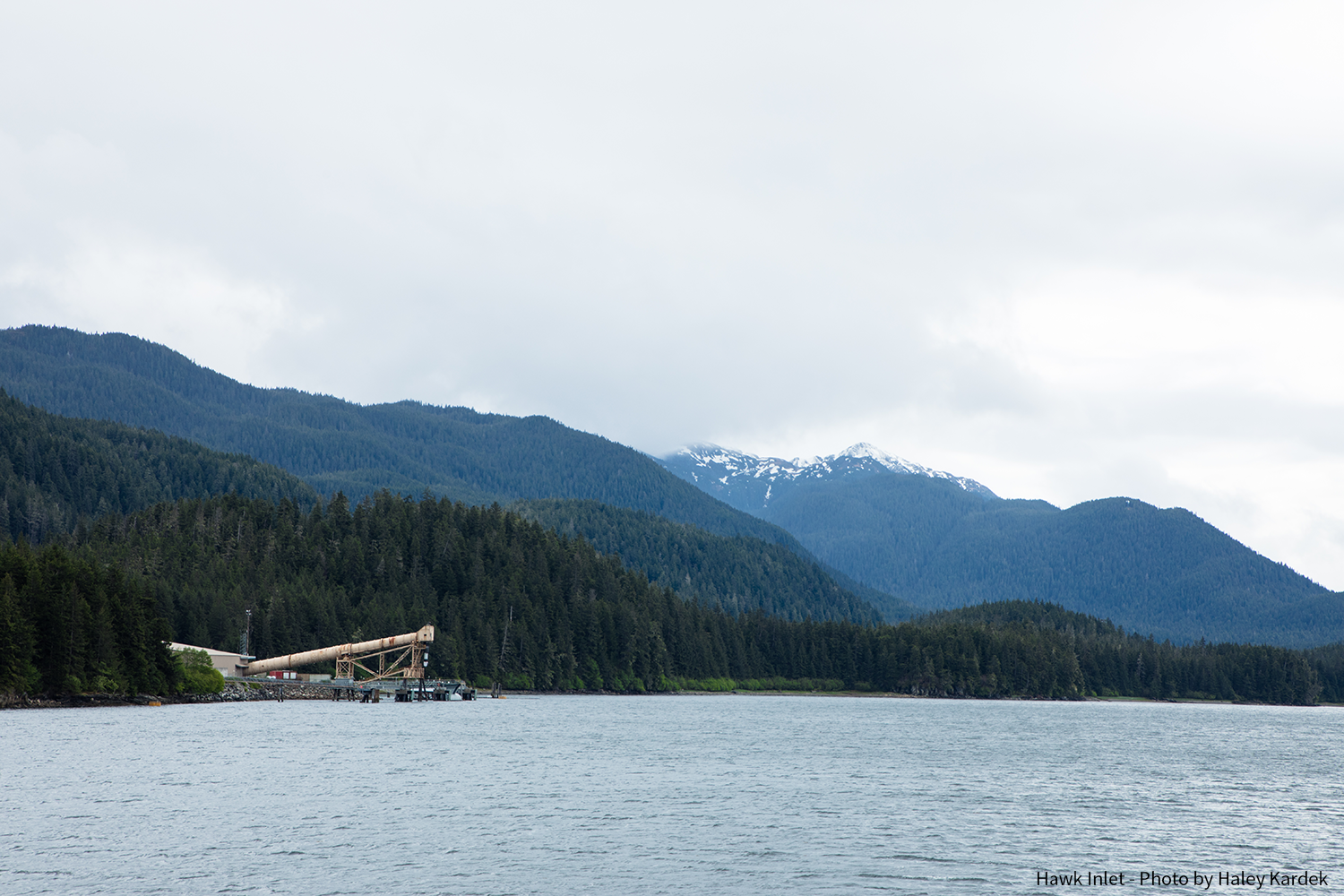 Space is running out in the tailings pile at the Greens Creek Mine, which is generating a growing amount of toxic waste. As a result, the mine is seeking to expand. Allowing this expansion could come at high cost to Hawk Inlet in Admiralty Island National Monument where evidence suggests that the mine has already done harm to the aquatic life and food sources of the inlet.

Hecla’s mine claims pre-date Admiralty Island’s National Monument designation, allowing the company to operate in the monument only if the mine does not create irreparable harm to what the designation protects. Between 1978-1980, baseline studies were conducted to understand the pre-mine health of the inlet and to measure future change resulting from mine operations. Deemed the best way to measure the health of the ecosystem, the baseline study looked at the types and quantities of marine organisms in both Hawk Inlet and also a control area, Young Bay. This information disappeared from public view until it was uncovered by SEACC in 2014.

Speak up for Prince of Wales Old Growth

Now is your chance to speak up for old growth on Prince of Wales. The US Forest Service hopes that the Prince of Wales Landscape Level Analysis Project (POWLLAP) represents a better approach for project planning on the Tongass National Forest. While this approach has some positives to support it, it raises some serious concerns.

The US Forest Service recently came out with their Draft Environmental Impact Statement (DEIS) and the comment period is underway. This is your last chance to have your say and protect the places you love on Prince of Wales.

ACT NOW - The Tongass is Back on the Chopping Block 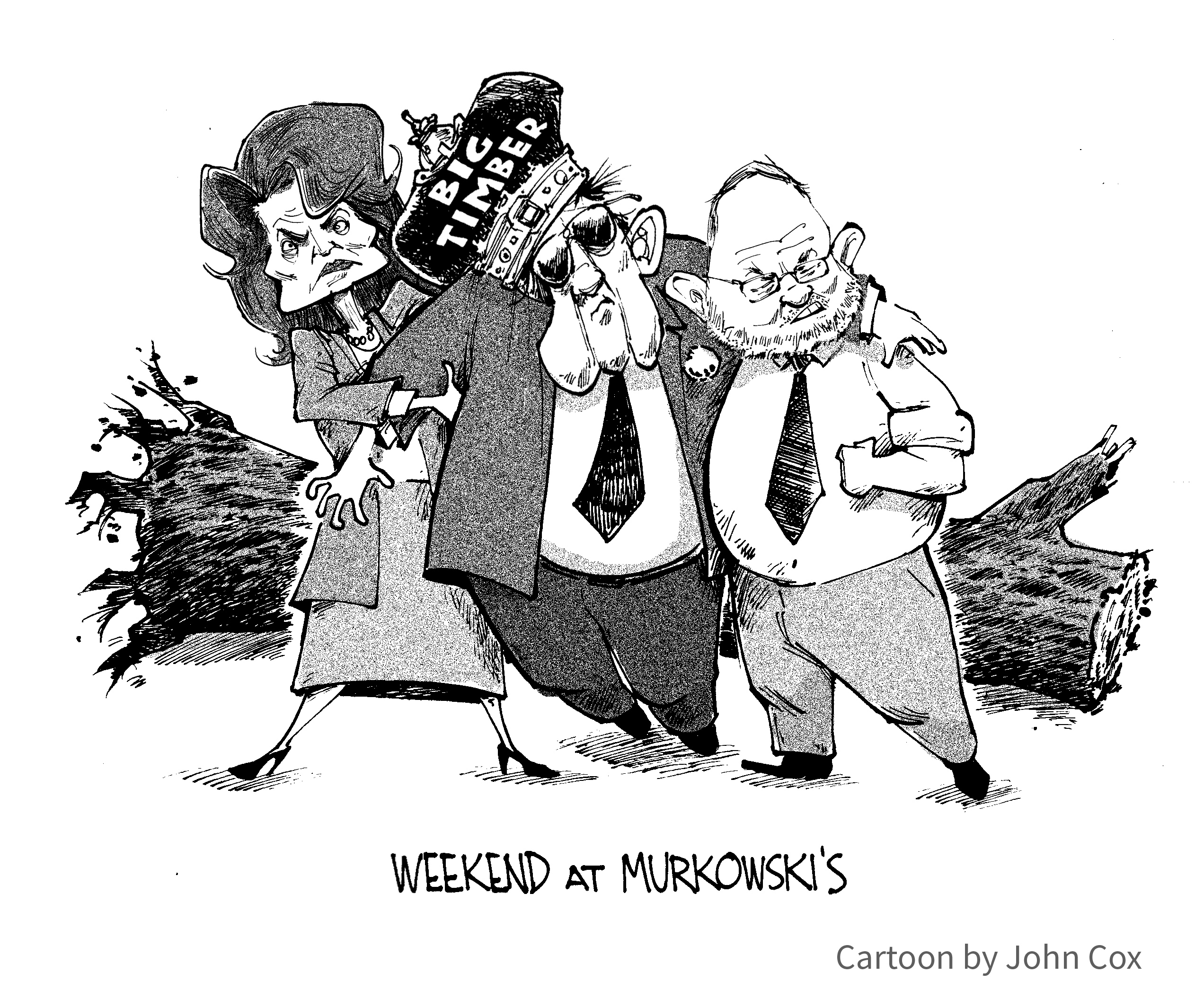 The House of Representatives is deciding NOW whether to allow a new attack on the Tongass to move forward. This time it is Congressman Young, like Senator Lisa Murkowski before him, trying to exempt the Tongass National Forest from the Roadless Rule.

Congressman Young’s Amendment 69, like the earlier attempt by Senator Murkowski, tries to exempt Alaska’s two national forests from the Roadless Rule. Thanks to the efforts of Tongass stronghearts like you and inspiring leaders like Senator Maria Cantwell of Washington, Congress dumped Senator Murkowski’s two poison-pill riders from the final 2018 omnibus spending package. Congressman Young is now attempting to attach his superfluous amendment to the Agriculture and Nutrition Act of 2019 which is supposed to focus on helping the nation’s farmers and families in need through the food stamp program.