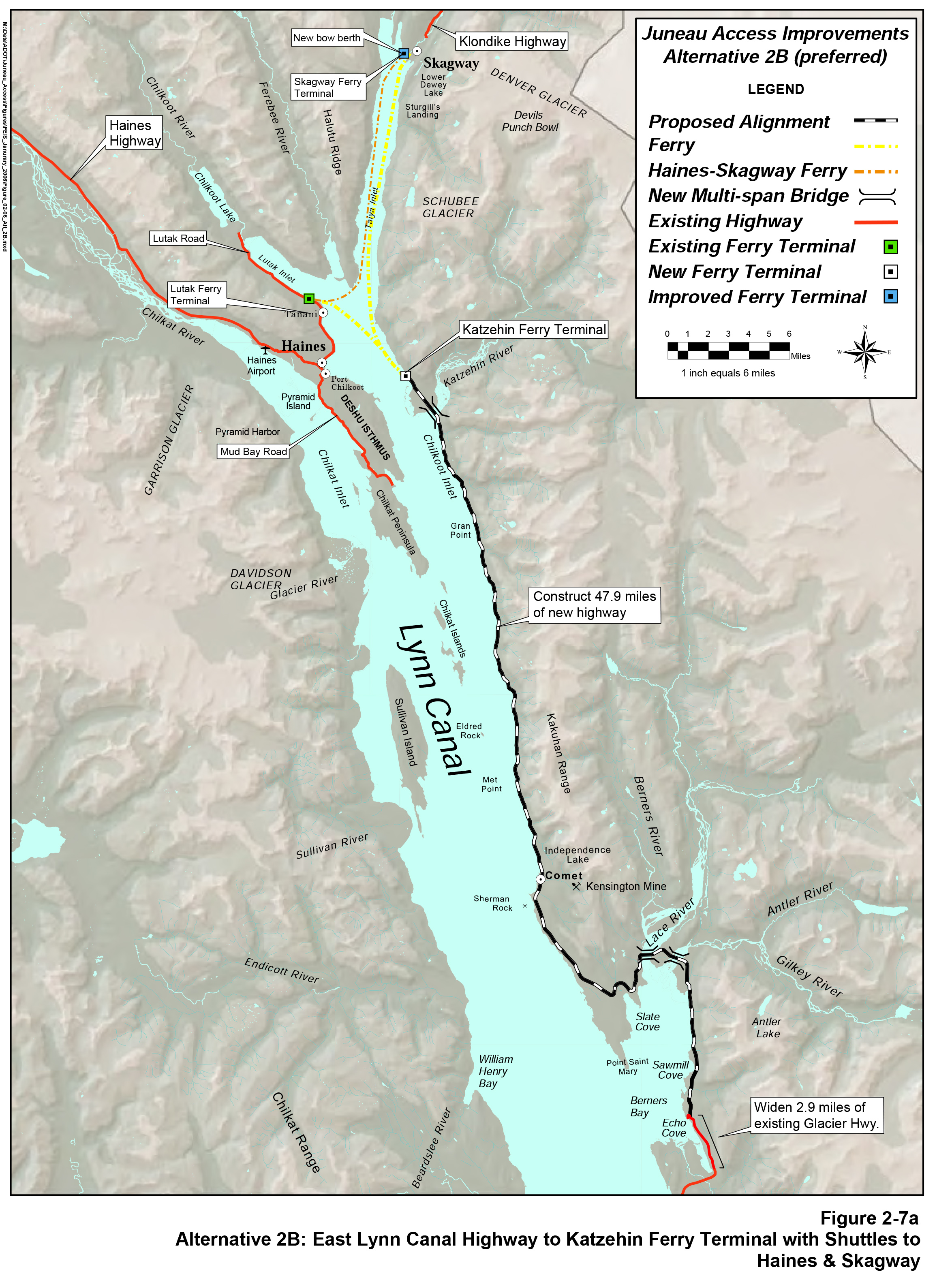 Early Sunday, the Alaska Legislature voted against the interests of the majority of residents in the Lynn Canal Area who oppose the dangerous and wasteful Juneau Access Project by re-appropriating $21 million to extend the dead end. This reverses the sound decision by Governor Bill Walker who, in December 2016, reallocated over $20 million from the road to other transportation and infrastructure projects in the Lynn Canal.

Governor Walker still has the opportunity to reverse this bad decision by vetoing this section of the Appropriations Bill. Over the next month, he and his staff will be reviewing the bill and they need to hear from the people of Juneau and Southeast that we support his decision and oppose the Juneau Road.

Sign TODAY to Put an End to the Road

The Legislature’s decision flies in the face of fiscal responsibility; promoting wasteful spending for a project that endangers travelers, threatens places we love, and benefits only a few. Here are a couple of things to know about the road and its impacts:

Bad for Juneau and Alaska

The proposed road is a 50-mile extension of our existing road to another dead end at a new ferry terminal at the mouth of the Katzehin River, roughly 18 miles south of Skagway, AK. This extension would cost $574 million to build and an estimated $5 million each year above and beyond what we already spend on Lynn Canal ferry service.

It would cut through dangerous terrain, endangering travelers as they pass through 36 avalanche chutes, rockfall areas, and other geologic hazards.

Harms what we love

The proposed route would cut through Berners Bay, the heart of the largest roadless area in the Tongass National Forest which today teems with wildlife and astounding natural beauty. Its construction would require the dredging of wetlands and marine habitat, harming the abundant wildlife that make this place so special for so many.

Benefits only a few

The road would connect directly to the Kensington Mine, which is currently only accessible by boat. Not only would taxpayers subsidize road access to the mine, but the road would benefit the direct financial interests of John MacKinnon, the husband of Senator Anna MacKinnon, who led the Senate’s work on the capital budget.

This is our window, our opportunity to take action and ensure that this is the end of the road. Support Governor Walker NOW and make sure that he makes the best decision for Southeast.