"We have to have all hands on deck": Transboundary challenges lead to unprecedented cooperation 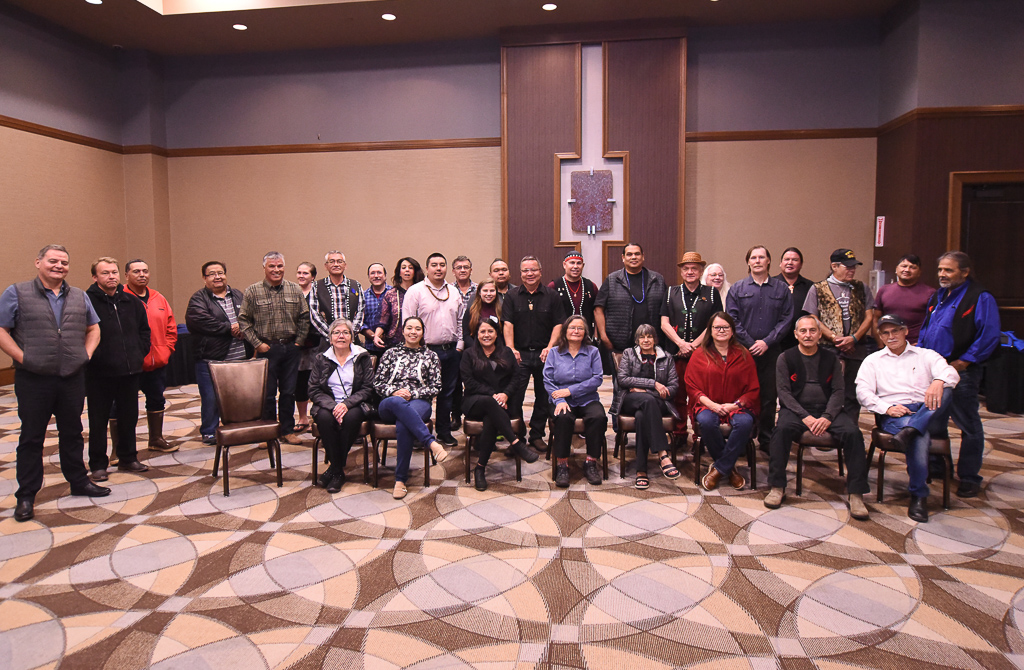 Tis Peterman of Wrangell, who is both Tlingit and Tahltan, can trace her lineage back to an arranged marriage between Chief Shakes the 7th and a Tahltan woman who took a canoe down the Stikine, and even further back on her Tlingit side.

That ancestry took on renewed significance when Tis began serving as the Executive Director for the Southeast Alaskan Indigenous Transboundary Commission, or SEITC, in 2017. SEITC's focus is on building an international indigenous coalition to protect shared watersheds along the Alaskan and British Columbian border. That might not seem very relevant to climate change at first glance, but Tis knows better, she can see how it's all tied together, in part through her relationship with Alaska's favorite fish.

"So many things are affecting salmon, death by a million cuts is how we’ve been talking about it. Climate change is affecting the salmon, but salmon are also affected by transboundary mining. These things overlap and add to the salmon crisis that is affecting Wrangell and all of Southeast," she says of the overlapping challenges faced by her community.

Although it often feels like there are threats on all sides, Tis takes comfort from knowing there are friends and allies on all sides too. Building bridges with First Nations across the border, including with her relatives in the Tahltan Nation, has been a top priority for her. "In my transboundary work in Canada I discovered that my great-grandmother Susie Quock still has relatives on that side of the border," she said.

She sees parallels between her transboundary coalition building and the kind of cooperation that's needed to tackle issues like climate change. After organizing two transboundary summits between tribes in Alaska, Washington, and B.C. First Nations Tis says this is just the beginning, "my hope lies in working together with our relationships in Canada. It lies with the future."

You can read the full interview below.

Q: Hello, so good to talk to you again. Let me dive right in. We know that climate change is not a distant threat on the horizon, it is happening now! How is climate change affecting you and your community already?

Tis: For SEITC (Southeast Alaska Indigenous Transboundary Commission), we came out with a Salmon Crisis Statement between Alaskan Tribes and Canadian First Nations. So many things are affecting salmon, death by a million cuts is how we’ve been talking about it. Climate change is affecting the salmon, but salmon are also affected by transboundary mining. These things overlap and add to the salmon crisis that is affecting Wrangell and all of Southeast. You see that in the closing of the spring salmon derbies. And all of this work we’re doing, whether it's climate or transboundary or forest, unless you feel it personally I find that people aren’t motivated to do anything about it. So a lot of the work I’ve been doing is educating communities.

I’m 63 and I’ve always remembered the salmon derbies. Back in the day, we would catch 60-pounders and now we win with 40-pounders. The fish are becoming smaller and fewer. And the last two years we haven’t even had a derby. I remember back in 2006 more than 200 people came in from out of town to participate, to our community of 2,400. That was a lot of funding for our economy, and that is lost now. 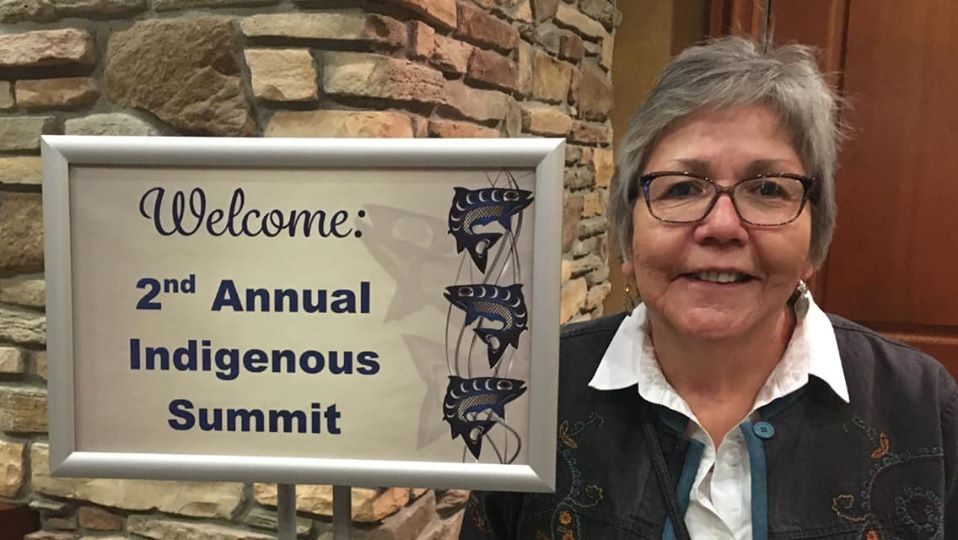 Q: It’s so true that people respond best when they have a personal connection to an issue. How have you successfully inspired people to do something about the nature around them?

Tis: We advocated for the Stikine to be listed on the American Rivers top ten endangered rivers, and the Chilkat was listed as well. The group I work for, the Southeast Alaska Indigenous Transboundary Commission, advocated for that. And a lot of work happens on social media. I see a lot of activity from both sides of the border. We’ve been teaming up with other groups both in Alaska and Canada. And we have to have all hands on deck for this. With the death by a thousand cuts, you can’t just have one group dealing with those thousands of cuts, so everyone needs to be on board: tribes, environmental groups, everyone. I couldn’t quit this work, I couldn’t turn my back on it, because I just see so many things threatening our way of life. Things could be so different for my grandchildren.

Q: One of the interesting things about climate change is that it demands solidarity. Like we are literally all on this same planet together, and we must work together, across borders, across identities and cultures, to solve this problem. And that relates very closely to the work you are doing with transboundary mining because that also requires working together across boundaries. How have you been working across boundaries, whether on climate or on mining?

Tis: Our goal for SEITC is to become a unified voice for our Alaskan tribes and the First Nations across the border. Back when I started working with SEITC in 2017, I just started reaching out to different First Nations. And that developed into the first summit between First Nation leaders and SEITC representatives. That was in Tulalip in 2018. We developed a unity statement that we would support each other on clean water issues. If you have clean water, you have salmon. And if you have salmon, you are that much more prepared for all the chaos of climate change. So that has developed into one of our next projects, which is creating a documentary about the historic relationships between Tlingit and Tahtlan along the Stikine. I was in BC most of last year developing relationships between First Nations and Tribes. One interview would lead to another — each time we finished one, the interviewee would suggest another person we should talk to. We interviewed people who have been fighting for the sacred headwaters of the Stikine for nine years. We are united in defense of these rivers against the threats from climate change, from proposed mining, and also from existing mining pollution. Take for instance the Tulsequah on the Taku River. Our work also led to a rally on the Stikine last August on the fifth anniversary of Mount Polley. The relationships we built led  to the next summit at Lummi, which just happened in October. That is where the salmon crisis statement I mentioned at the beginning of the interview was developed.

One reporter asked me “How do you know there is a crisis?” And I said, “Just look at the ADFG numbers, there is no doubt on the science.”

So the group from Lummi has developed into an alliance, and now we have a working committee with three members from the U.S. side and three from the Canadian side, that I am honored to sit on. We are trying to create an unprecedented structure where we can work together from both sides of this border. That brings us into direct alliance with the Wet'suwet'en and the work they are doing to protect our planet. One of those attending the Lummi summit is a hereditary chief of the Wet'suwet'en. This is the time for us to stand up as tribes on this side of the border with our relationships with Canadian First Nations.

Q: You mentioned your grandchildren earlier. This series is about Native women leaders in climate change and conservation. And I’ve noticed that across Southeast Alaska it is often women who are in these leadership roles. Why do you think that is? And how does being a woman, a mother and a grandmother inform your work and your leadership?

Tis: Well, I would say that women have stronger ties to the future. To me, making money at this point in my life is not high on my agenda. But I worry about the future. And I think that is part of the difference. Men sometimes take the here and now and providing for families as a priority, and that’s important too! But when I think about these issues I am thinking about the future. And it's not to say that men are doing anything wrong. But I think women tend to think more about future generations. I have a 20-year-old grandson and an 11-year-old grandaughter. I was not raised very traditionally because my mother was part of the lost generation, she was not allowed to speak the language. So the language was not spoken at home in my childhood. On my Tahtlan side, that goes back to when my great-grandmother who was brought down the Stikine river to marry my ancestor Chief Shakes the 7th in an arranged marriage, which was a common practice back then to build ties between the two Nations. My great-grandfather was the last in the line of Shakes chiefs. He was one of those who thought that western education was the way to survive. But in my transboundary work in Canada I discovered that my great-grandmother Susie Quock still has relatives on that side of the border. So my work on mining issues has reconnected me with ancestors many generations back, and I hope it will also connect me with generations yet to come.

Q: We’re talking about female leadership here, and Alaska is lucky, maybe, to have a moderate woman representing us in the Senate. Lisa Murkowski recently came out with an energy bill that didn’t include any provisions on climate change or transboundary mining that some have criticized as falling short of what is needed to address a crisis like climate change. As a woman, what would you say to Lisa?

Tis: I would say forget the politics, think of your way of life. Think of your grandkids and their way of life. Think generations out before you make decisions that will affect generations ahead. Leave the politics out of it, talk to the people on the ground. I want her to come home to Southeast Alaska and fly over the rivers, fly over the imaginary line, fly over those mines. Go up the Taku, the Unuk, the Stikine. Look at those mines.

In light of how the Native vote got her re-elected, and now she is not listening to the people in Southeast on these issues, I think that is a problem. Not just with the mining, but with throwing out the Roadless Rule and opening up ANWR, that's not what Natives are about. We want a seat at the table when it comes to talking about transboundary mines and when it comes to climate change. It's been pretty frustrating, because on one level our sovereignty is recognized by the federal government, but not by our own state government. Which is kind of embarrassing to tell our First Nations friends on the other side of the border.

Q: Climate change, transboundary mining, the salmon crisis. This stuff can be pretty depressing. Where do you find hope in all of this?

Tis: First and foremost, survival depends on clean water. Without clean water, we won’t survive. You can’t drink money. And with this younger generation it's not all about money. I hope this younger generation will work to take care of the land and the water, so there is a future for us. And I think the movement of tribes and First Nations is the beginning. You look at Standing Rock, Wet'suwet'en, you look at what we are starting here with SEITC and First Nations. The world is learning that they have to involve Native peoples about decisions that are going to affect our way of life. What’s happening in Canada right now with the Wet’suwet’en and the solidarity actions and blockades have never been seen before. This is just the beginning. My hope lies in working together with our relationships in Canada. It lies with the future.