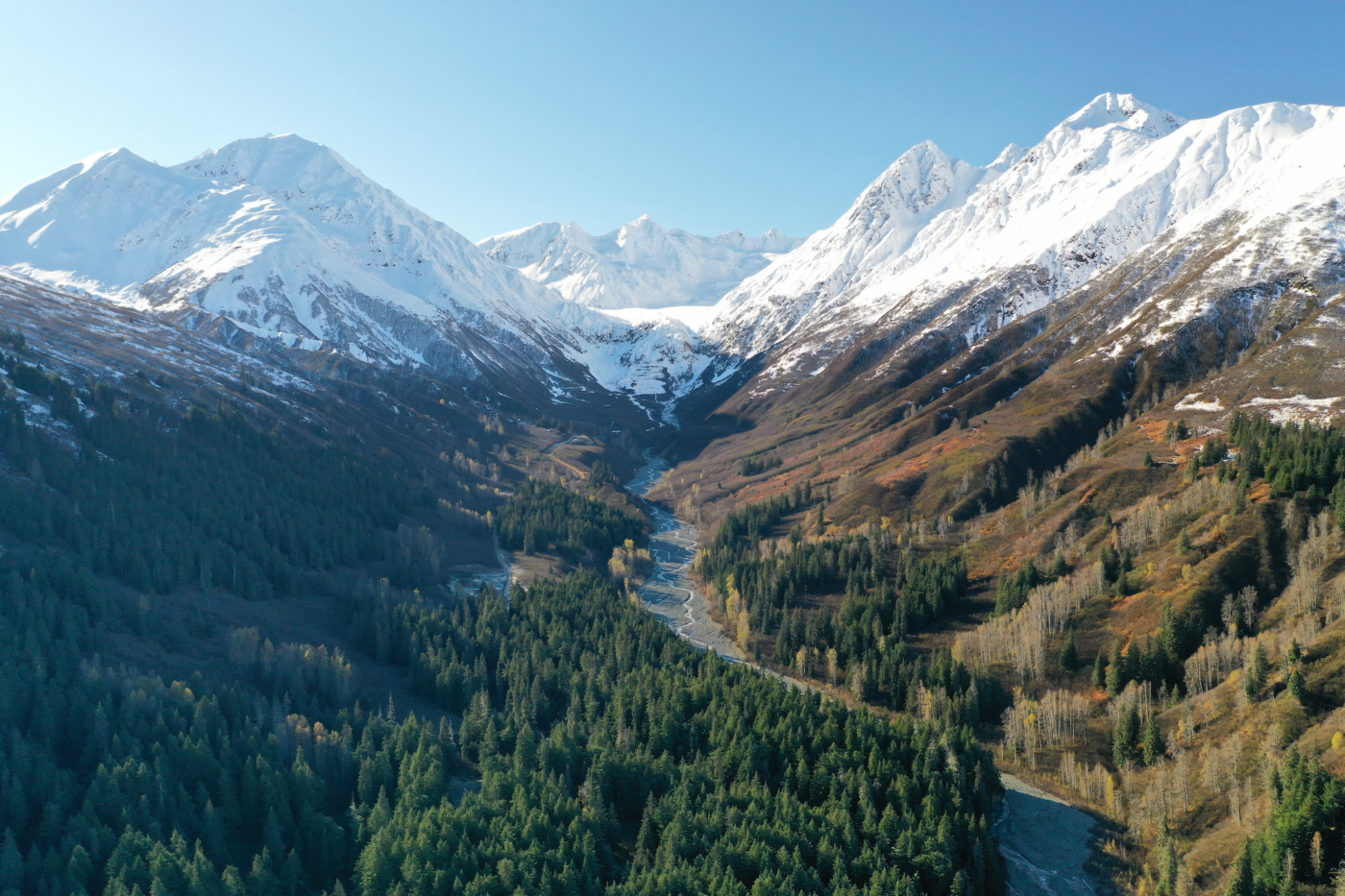 The Palmer Project is a controversial multi-metals mine exploration project located approximately 35 miles northwest of Haines and 18 miles upstream of Chilkat Indian Village of Klukwan at the headwaters of the Chilkat River. The public is requesting that ADEC issue a public notice and a 30-day comment period on the new waste management system design, in compliance with state law, and that it finally issue a decision on the first permit that has been under review since 2019.

“The Alaska Department of Environmental Conservation is excluding the public from decision-making on an issue that threatens the clean water and the livelihoods of downstream residents, and of everyone who relies on the Chilkat River system’s healthy salmon runs,” Shannon Donahue of SEACC said. “ADEC is privileging two foreign mining corporations over the health and wellbeing of local Alaskan people. Who does ADEC work for?”

For background, the original waste management permit, awarded to junior Canadian mineral exploration corporation, Constantine Metal Resources (Constantine) in July 2019, allowed Constantine to construct a land application disposal (LAD) system and discharge wastewater into the ground where it would surface in Glacier Creek and other tributaries of the Chilkat River, in violation of the Clean Water Act. Moreover, ADEC authorized Constantine to set their own “trigger limits” for certain pollutants that was many times higher than state standards designed to protect salmon.

The organizations — Southeast Alaska Conservation Council, Great Bear Foundation, Lynn Canal Conservation, and Rivers Without Borders — along with Chilkat Indian Village of Klukwan, Alaska Clean Water Advocacy, and a local resident, successfully appealed the permit in July 2019 on the grounds that ADEC artificially constrained its analysis, relied on inadequate

baseline water quality data, and failed to address the likely surface-to-groundwater connection that would result in wastewater flowing from the diffusers into tributaries of the Chilkat River, among other problems. In other words, the permit failed to protect a salmon stream just downhill from the discharge site. Since then, a U.S. Supreme Court decision on County of Maui v. Hawai‘i Wildlife Fund confirmed that the Clean Water Act applies to situations like that proposed for the Palmer Project, where a point-source discharge reaches surface waters through the “functional equivalent” of a direct discharge, including where the discharge travels through a short stretch of groundwater.

ADEC remanded the waste management permit for review on September 9, 2019, estimating a decision in approximately 90 days. Over two and a half years later, the permit remains in remand, and ADEC has still not addressed the comments submitted during that public notice period or provided an evaluation of the statistical methodology used to set the “trigger limits” as promised in a 2019 letter to SEACC “within 90 days”.

Recently, Constantine submitted a revised permit application for a completely different system in a new location this month. ADEC has denied the public any opportunity to comment on the revised permit application, despite new information, a new design, and the potential for new downstream impacts. The signers of the aforementioned letter have also requested that ADEC make a final decision on the September 9, 2019, remand of the permit.

The new design calls for burying more than 4,000 feet of 12-inch plastic pipe 6 feet underground in a steep talus slope prone to debris flows, rockslides, and avalanches according to the new application.

“ADEC made the right decision in remanding the waste management permit for review in 2019. Unfortunately, the new application suffers all the flaws of the remanded permit,” said Guy Archibald of Rivers Without Borders. “It does not protect the creeks or salmon. The entire system is a toothpick elephant fence. It is one rockslide or earth tremor from immediate failure. The existence of mass wasting’s effect on the LAD is not mentioned or considered at all. We hope DEC has learned not to just rubber stamp Constantine’s wishful thinking again.”

The underground mine exploration project raises concerns among local residents, fishermen, and conservationists about acid mine drainage and heavy metals leaching into the headwaters of the Chilkat River, a top producer of coho and sockeye salmon in Southeast Alaska that fuels the region’s commercial fishing and tourism economies. According to the Alaska Department of Fish and Game’s harvest data, over 90% of Chilkat Valley residents rely on salmon for subsistence.

The flow of toxic water from sulfide mines can be impossible to stop, and often requires active treatment for centuries after mine closure, or in perpetuity. Non-potentially acid-generating rock may leach heavy metals into surface and groundwater once exposed. Trace amounts of metals like copper can pose serious threats to salmon and human health.

In 2016, the Chilkat Indian Village of Klukwan petitioned the State of Alaska to designate the Chilkat River and its tributaries as a Tier III Outstanding National Resource Water under the Clean Water Act for its exceptional ecological and cultural value. The State of Alaska has refused to evaluate the nomination. National conservation organization, American Rivers listed the Chilkat River as sixth in 10 of America’s Most Endangered Rivers of 2019, citing the threat of the proposed Palmer Mine.

“ADEC works for the public of Alaska,” states Jessica Plachta, executive director of Lynn Canal Conservation. “They must not be allowed to exclude the public from this process just because we want to protect our way of life.”

← Prev: Thank President Biden for his executive order here! Next: Heads up! SB 85 is up for public testimony at 9 a.m Tuesday, May 3! →