Donald Trump is right – the time for empty talk is over

Today, during the early hours of a beautiful, wintry Alaskan morning here in Juneau, Donald Trump was inaugurated as the 45th President of the United States.

After two months spent living, wrestling, and engaging with this stark new reality, it still felt surreal as I drove to work that on such a beautiful morning, our country could take this dramatic turn towards the unpredictable. And yet, here we are.

During the inauguration speech, Trump observed that “the time for empty talk is over," and that “now arrives the hour for action.” We couldn’t agree more.

In the two months since the election, we at SEACC have worked hard every day to ensure we’ll be ready for the battles to come. We’ve staffed up, strategized, and reached out to partners in Alaska and beyond to reaffirm our interconnectedness, and plan creative ways to collaborate around a shared battle against the nationwide campaign to strip away our public lands for the good of a few. We’re organizing to get out into communities throughout Southeast, and to get Alaskans to the centers of power, where we can and will testify on behalf of the lands and waters that we know and love. Throughout this year and those to come we’ll continuously provide alerts, updates, and information to help SEACC supporters stay current on the issues and provide ways to engage – by writing an op-ed, signing a petition, or appearing in person at hearings here in Alaska, or DC. We’re not going anywhere, and we’re not letting anyone take our public lands away without a fight.

As “now arrives the hour for action,” those updates start today.

Yesterday, the Trump Transition team finally got around to nominating the head for the US Department of Agriculture, which oversees our National Forest system. Former Georgia Governor and farmer Sonny Perdue was the last of Trump’s cabinet-level nominees to be named. Stay tuned for more from SEACC as we dig into his environmental record.

In the past week, we have seen multiple attacks on Public Lands from both Alaska Representative Don Young’s proposal, H.R. 232, and a rules package passed by the House on January 3rd. Both proposals endanger public lands by facilitating their transfer to state control, with the ultimate goal of clearcutting old growth. The rules package does not allow the federal government to assess the real economic impact of losing key National Forest lands.

Young’s bill, H.R. 232, the State National Forest Management Act of 2017 may look familiar to many SEACC supporters. Young introduced it last session, but it died in the House.

This time around it will enter a much friendlier House and Senate where it can easily get the required votes. This bill directly threatens many of the areas we love here in Southeast, impacting our economy and way of life (see the map below). SEACC opposed the previous bill, and we will again fight this one.

More on the bill and what it means for Prince of Wales in particular, and Southeast in general, can be found on our blog. 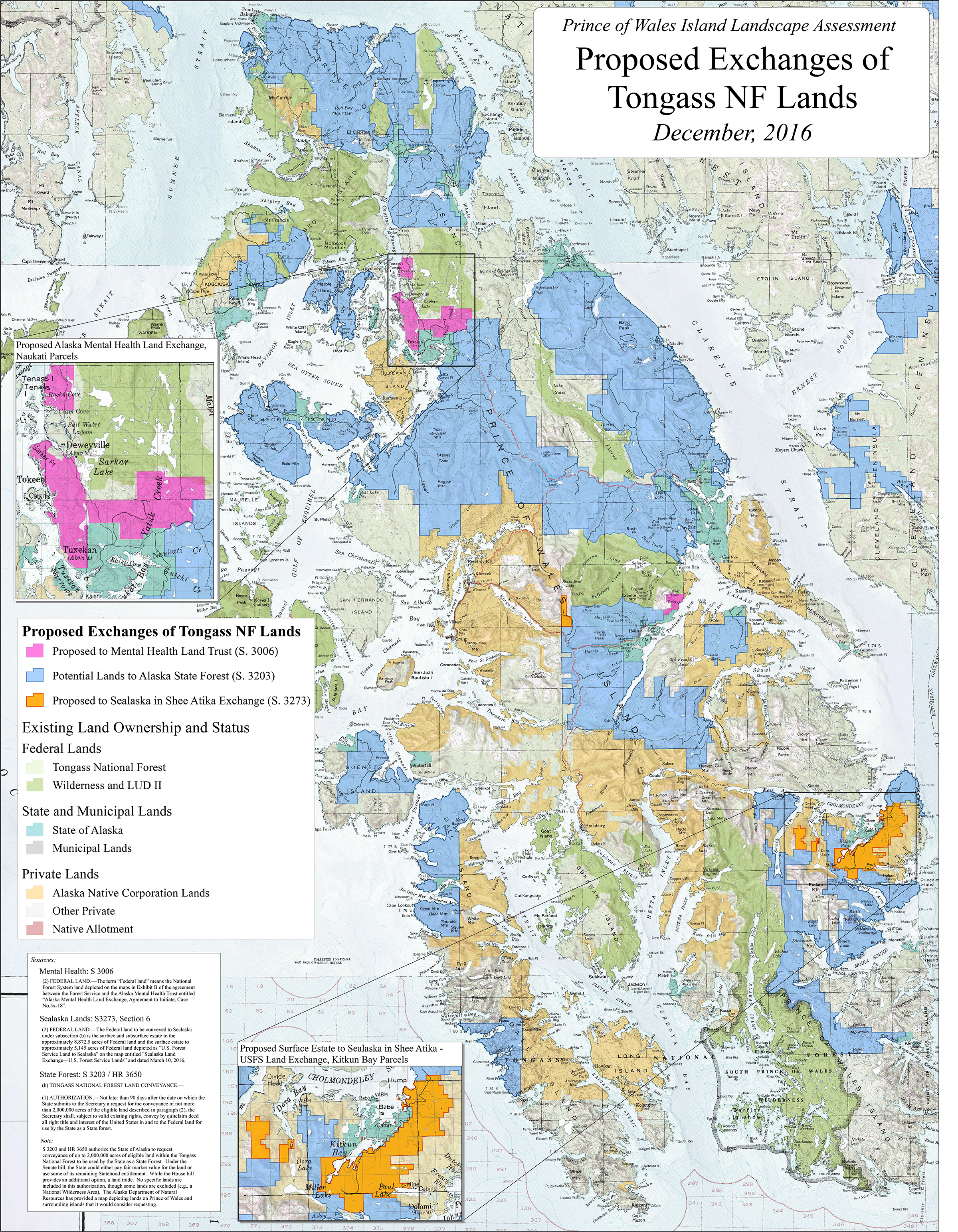 Tonight in Juneau: Want to make your voice heard? Please join us and other like-minded community members for our Write Your Mind event at the Southeast Alaska Conservation Council offices from 4-7 PM. SEACC will provide writing materials and issue-specific writing points so that you can write to policy makers like Don Young and Lisa Murkowski and tell them to protect our public lands here in Alaska and throughout the US. We’ll also be providing drinks (for those who need a little liquid courage), snacks, and streaming inauguration-related coverage.

Working on a poster or sign for tomorrow's Women’s March on Juneau? Come on over and do it here – we’ll have markers and poster materials on hand, and we’ll be at the march tomorrow ourselves.

Want to write to our senators or representative but not able to make it to SEACC tonight? We are happy to answer any questions you may have about how to get involved through letter writing, calling, running for office, or speaking out in your community. Email us at info@seacc.org.

It’s going to be a long, hard fight, but we’re ready. MLK Jr once observed that the “arc of the moral universe is long, but it bends towards justice.” We’re going to be doing all we can to work with you to bend that arc, now and in the years to come.