Welcome to the Wilderness - Trip 1

It’s day six in the field. Chrissy and I eat breakfast among the exposed seaweed of the intertidal area, counting on the incoming tide to dissipate any food scent.  Bear sign and moose tracks are the only evidence of other users on this tiny beach, and we want to be good neighbors.

I’m nearly done loading my kayak back up when the first cruise ship appears across Endicott Arm. Chrissy, already afloat, pricks up instantly. Time to get in the water, she says. I throw what remains on shore into the kayak helter-skelter, dog the hatch covers and push off as the first swells come into sight. I’m barely out of the shallows when they hit us, the water rearing up into four-foot swells that seem alarmingly close to curling over. I crest the first and see the next bigger swell is riding right behind. The kayak feels like a dolphin as it bucks up and down, over and over as I concentrate on keeping the bow facing right into the onslaught. Behind me, the incoming train demolishes the thin strip of sand we just left, rumbling as it smacks into the rocks.

Welcome to the wilderness. 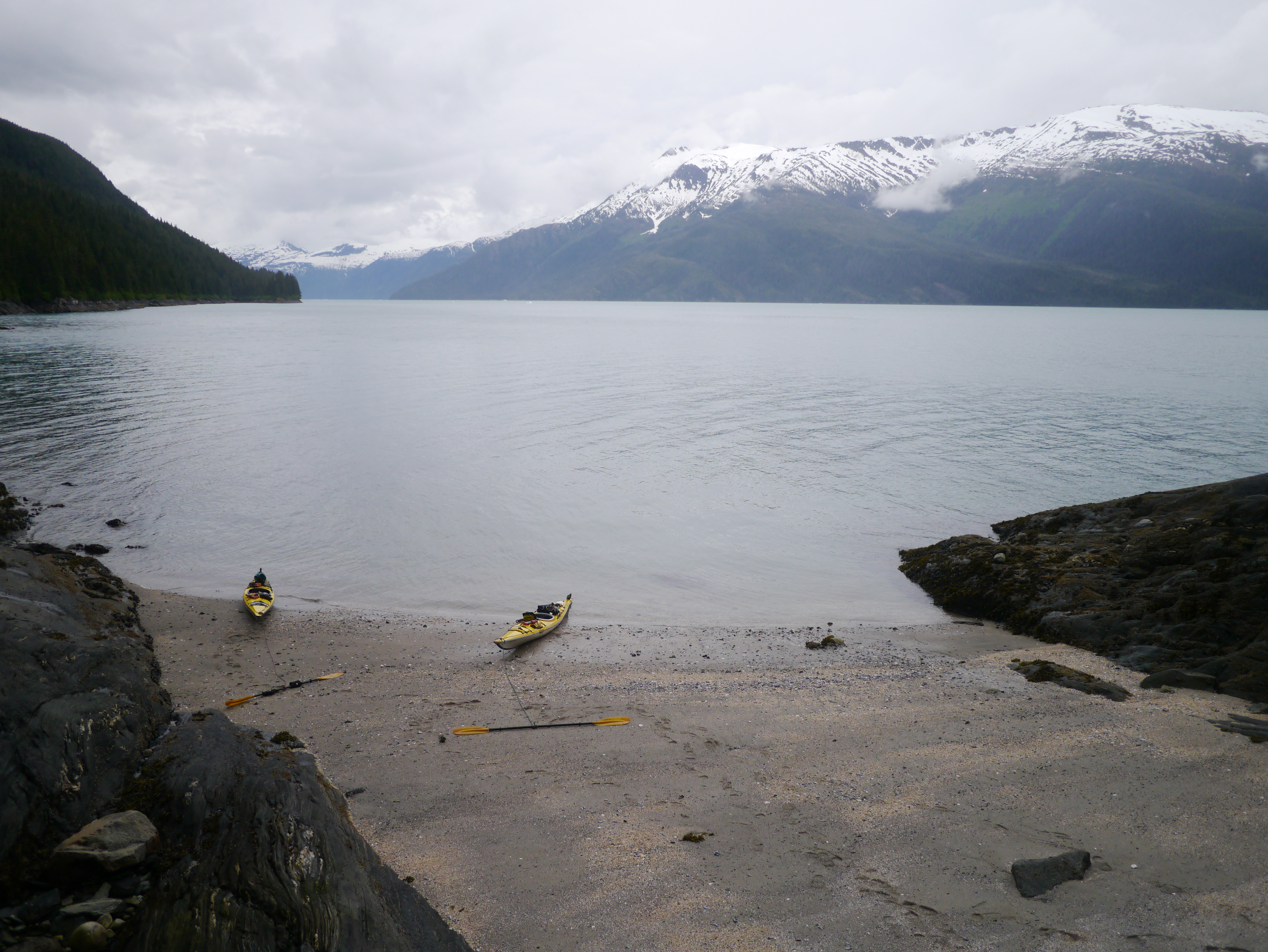 Endicott Arm is the only part of Tracy Arm-Fords Terror Wilderness being used this week. Tracy Arm, we hear over the radio, is clogged with ice, impassable to all but the foolhardy. Traffic ebbs and flows as the days pass. On the second day out, a smaller ship blasts its horn just to hear the echo. The day after, as we glided into the glass-still water in Fords Terror, there was no sound but the hissing of a nearby waterfall. The chirrup of a single tern can easily make it from one side of the arm to the other. A single boat at idle can be heard from miles off. This is a unique issue here, where the area is literally defined by its ability to make you feel alone. Wilderness, as the Forest Service makes clear, is the most highly protected class of land stewardship that the federal government has. Yet, as Chrissy and Sean make clear, it extends only down to the high tide line. On shore, even something as simple as a bike is technically illegal. Yet the sea, in practical terms the only access to this area, is free game. How do you protect a wilderness that straddles a highway? 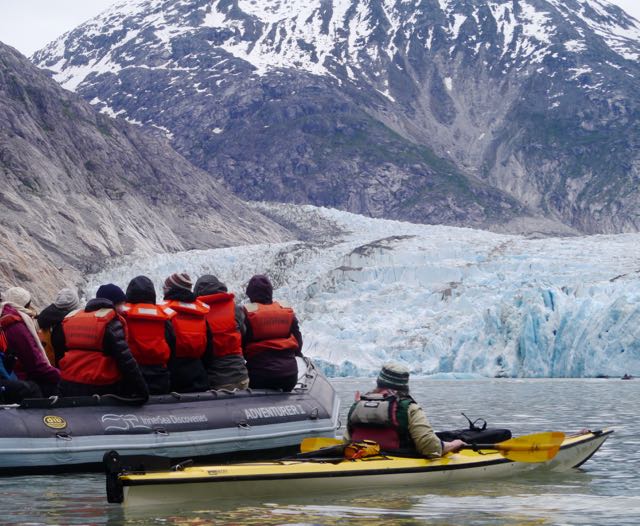 Here’s how. The First day in the field, we use our aluminum boat, the Sumdum Ranger, to pace one of the hulking cruise ships as it enters the fjords. Sean mans the wheel while Chrissy gauges the emissions streaming out of the smoke stack. The next morning, Chrissy and I paddle out from base camp to a meet a small aluminum craft. The kayaks are hauled up and the dinghy zooms back to the Liseron, a converted minesweeper that cruises the inside passage with a maximum of twenty passengers. Onboard, we cram natural history, thousands of years of human use, the intricacies of federally designated wilderness, and (my part), the complex history of land exploitation and conservation efforts into a thirty-minute talk. We talk with the captain and crew about the Wilderness Best Management Practice policies that ships voluntarily agree to follow to minimize their footprint on the landscape. The Liseron drops us off near the end of Endicott Arm, in sight of Dawes Glacier. We paddle closer, taking pictures to capture the new face of the ice. The glacier is boisterous today, thundering every ten minutes as seracs as large as buildings shear off into the water. We document signs of human traffic on shore near our campsite before boarding another boat that takes us to Fords Terror. We camp there before paddling back towards base camp. It takes two days to paddle back. Along the way, we survey camp sites, talk to passing boats, and do our best to stay warm and dry.

The work becomes a part of the routine if there is a routine in a place like this. There's beauty here, more than one can take in a day, more than one could take in a week. It's heartachingly beautiful. John Muir wrote about this place, comparing it to a rough, uncut version of Yosemite. It's true. A giant place, already written by a giant personage. I can only hope to creep along the edges.