Forces Beyond our Control - Trip 4 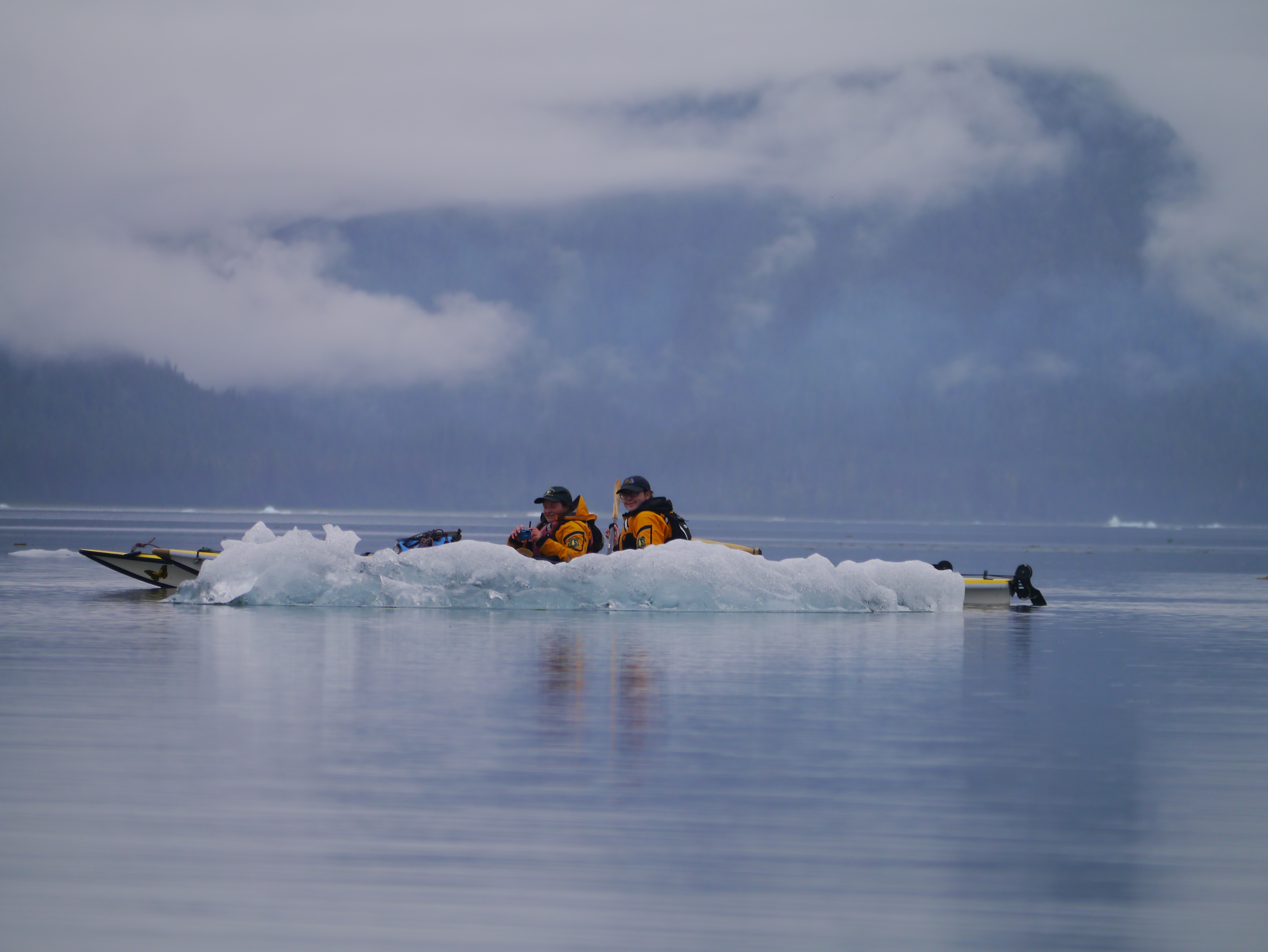 We tend to forget how small we are against the might of the earth. For all our achievements, our work to beat back the wilderness and tame the elements, we have really only fooled ourselves. The earth abides, while we pat ourselves on the back. Sooner or later, even the greatest civilization realizes that it was at the mercy of nature all along.

The wilderness reminds us of our ultimate powerlessness in the face of nature. Here, where the comfortable bubble of technology is ‘verboten,’ we have to confront our own powerlessness. The best we can do is adapt.

As the weeks drew on, the ability to seamlessly change plans became a comfort when the fjords laughed at our goals. And they did, frequently. Icebergs swarmed the inlets, preventing us from leaving camp. Tides dictated the rhythm of life on shore, telling us in no uncertain terms when we could land and when we could slip our kayaks back into the water. Sometimes we would arrive at campsites only to find them already occupied by bears, the neon “not vacant” sign being headless fish littered about the tree line. It’s almost humorous to think of wilderness like this as a testing ground, where the hale and hearty come to best nature (as seen on TV). Very often, we made our way by creeping along the edges, hiding from gales and currents, working along eddies, doing whatever we could to let the motion of the world pass unhindered. 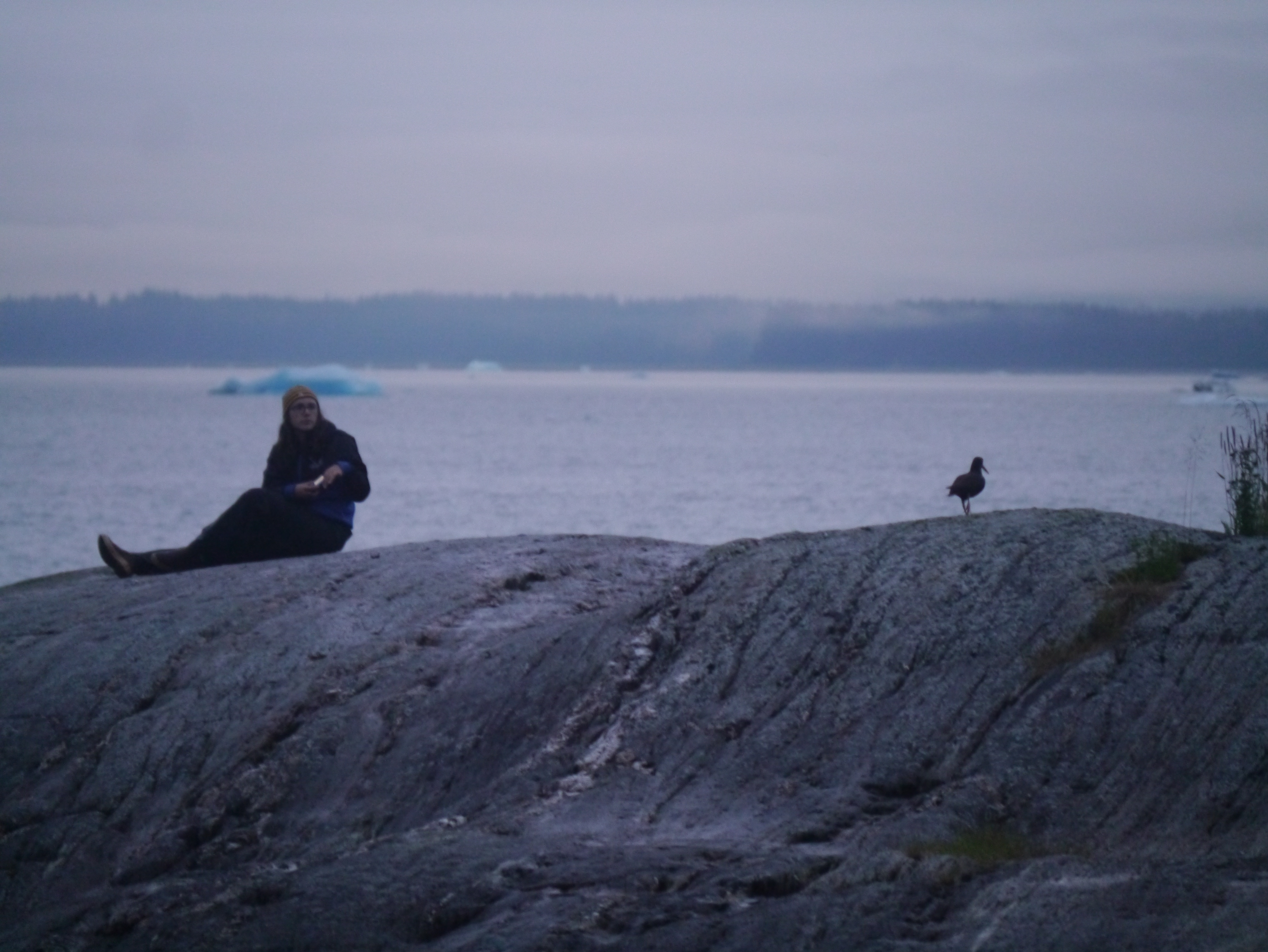 When we went ahead despite the whispered warnings of the landscape it was a losing gamble. We spent hours in the aluminum skiff attempting to reach base camp, fighting seas that were only supposed to be three feet, just to turn tail back to Juneau. The harder we pushed through the waves, the clearer the line became between deferral and danger, between finding ourselves inconvenienced or beyond the point of no return. Chrissie and Sean had a keen sense of this line, bending the itinerary and goals of each day with ease. Plan B was often printed off in the office before we ever hit the water.  Insider tip: successful and safe plan options generally go from hardest (paddling 20 miles up-fjord in a day, stopping only for food and bathroom breaks) to easiest (spending the day compiling notes at base camp, drinking tea and watching the stippling of wind on the ocean).

Of course, attitude is only part of the battle. Preparation opened up doors we wouldn’t have seen otherwise. Radios and satellite phones kept us abreast of the latest weather forecasts and boat movements. As we huddled for shelter in the worst conditions, a neurotic obsession with keeping our bags watertight and dry paid dividends. A dry sleeping bag and thermals was an enormous boost to morale in the middle of a downpour. And when the clouds opened and the wind slackened, it was organization and practiced maneuvering that let us take advantage. The only boat that could give us a ride might pass at five in the morning, or only pause in a specific spot of the fjord. Working to be in the right place and to acknowledge the good grace of fair sky and weather was key to making the most of our time in the field.