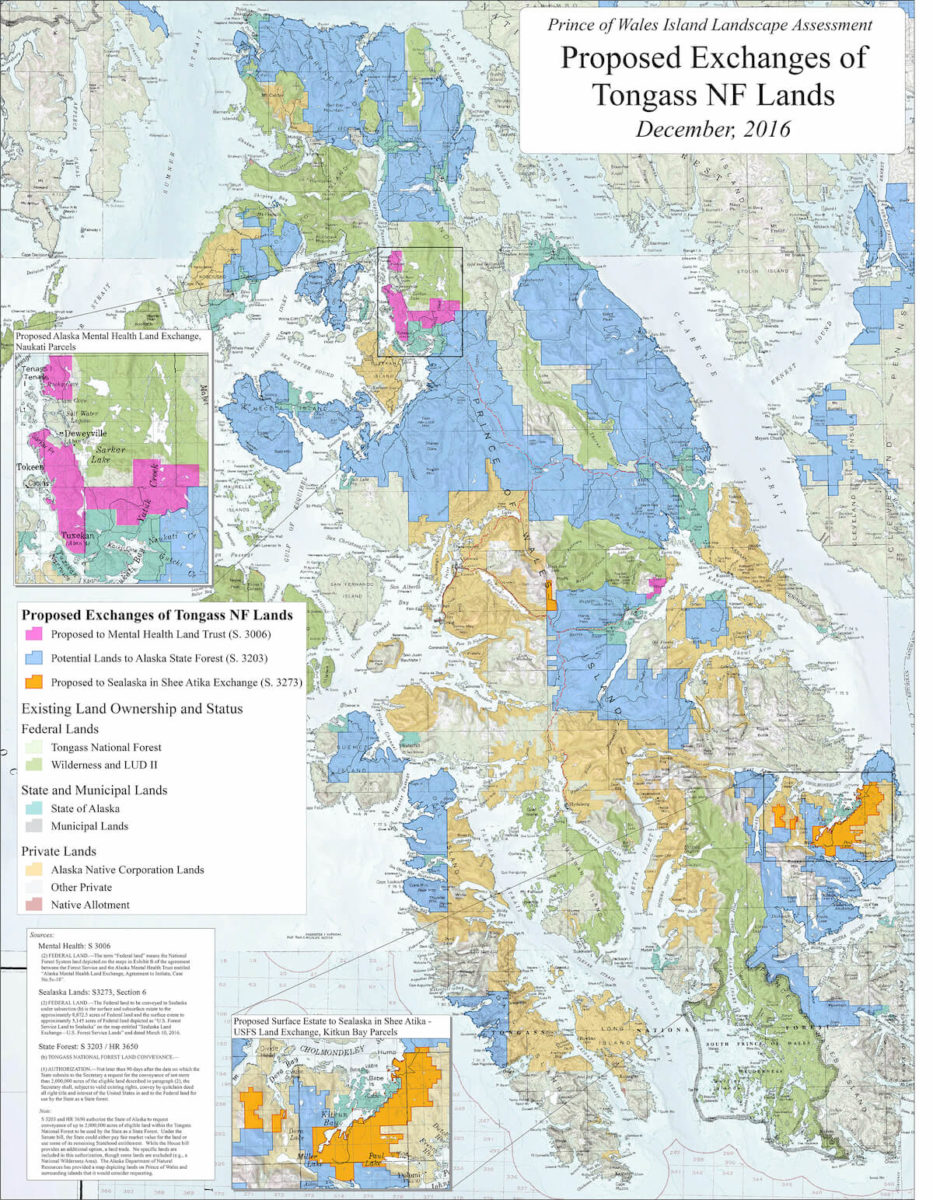 On Jan. 3, 2017, Alaskan Congressman Don Young fired the first shot in the coming battle over the future of our national forests. H.R. 232, the State National Forest Management Act of 2017 allows states to acquire up to 2 million acres [≈ Community of Madrid, Spain] from the “eligible portions of the National Forest System” within their borders. This bill would be applied to all National Forests throughout the US, including the Tongass here in Southeast.

What does this mean on the ground? In 2012, without public disclosure or involvement, the industry-heavy Alaska Timber Jobs Task Force identified a preliminary list of possible State Forest selections from the Tongass National Forest for clearcutting. These lands have long been important to Alaskans for hunting, fishing, recreating, and making a living. A striking example is Prince of Wales Island where large areas of the places we care about, including North Prince of Wales, Sweetwater Lake, Logjam Creek, Shaheen Creek, Heceta Island, west side of Dall Island, and Kegan Lake would be on the chopping block. These selections and more are displayed on the map below in blue, and were first disclosed at the recent POW Community Advisory Council meeting. The state’s preliminary selections make clear that it is targeting both the last remaining old growth stands and the Forest Service’s widely used public use cabins on Prince of Wales Island.

As a federally managed forest, the U.S. Forest Service must manage for balanced multiple use, including outdoor recreation, hunting, and fishing. Under H.R. 232, states must manage acquired lands “primarily for timber production.” Such a timber-first approach to forest management will cost the state millions and harm the thriving sectors of our economy, tourism and fishing. In this era of $3 billion [≈ total US baseball salaries for all teams, 2011] state deficits, Alaska needs to invest in education, public safety, and other critical state programs and not in a money-losing timber program.

The Tongass National Forest is a national treasure; home to the largest intact temperate old growth rainforests left on earth, world-class salmon runs, and thriving fishing and tourism industries. Each year these industries bring in over $2 billion [≈ 2008 presidential contributions] to the region. With both industries reliant on a healthy forest, the impact of clearcut logging on our economy would be disastrous.

The remaining old-growth stands on the Tongass provide critical habitat for Sitka black-tailed deer, coastal brown bear, Alexander Archipelago wolves, and goshawks. One of the most productive fisheries in the world, the Tongass is home to all five species of wild Pacific salmon that spawn in the 13,000 miles of rivers that course through the forest. Vast tracts of old-growth forests and a cool maritime climate combine to make the Tongass a globally significant carbon storage reserve, storing ten times more carbon than the next largest National Forest.

Under H.R. 232 the public is given no opportunity to influence or have a say over which lands the state selects. These are your lands, the lands of the people but will not be governed by the people. Now is the time for you to have your say, write Don Young and tell him to protect our National Forests, our economy, and Alaskan way of life.

← Prev: Thank you for speaking up for the Tongass Next: 27 Years of Protecting the Tongass →