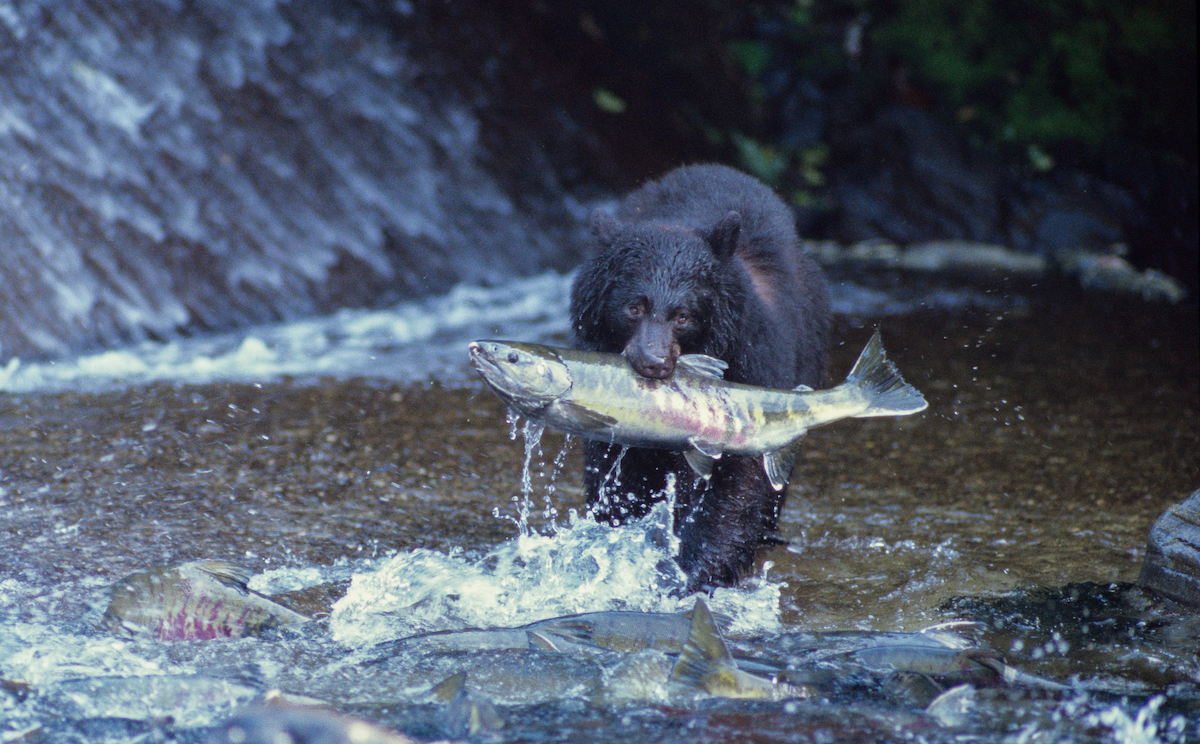 Today is the 20th anniversary of the 2001 national Roadless Area Conservation Rule! As I write here on the lands of the Auk Kwaan and Taku Kwaan, this milestone causes me to reflect on how hard we have fought to keep Roadless Rule protections on the Tongass National Forest the past 20 years. The battle has continued with the Trump administration’s removal of roadless protections on more than 9 million acres of the Tongass in October, in complete disregard of the will and voices of Tribes, Alaskans and people across the nation. On Dec. 23, SEACC was proud to join some 20 other organizations and Tribal governments in suing to overturn Trump’s decision.

In commemoration of this day, our friends in Congress, Representatives Ruben Gallego of Arizona and Diana DeGette of Colorado and Senator Maria Cantwell of Washington, will introduce the Roadless Area Conservation Act in Congress. If passed, this landmark legislation will enshrine permanent protections for roadless areas in national forests all across the U.S. including our wet, wild, and mighty Tongass. But until this legislation passes or litigation overturns Trump’s decision, we cannot let down our guard.

Right now, the U.S. Forest Service is poised to begin authorizing logging and road building in the roadless areas of the Tongass that contain the last remaining stands of our most ancient old-growth trees — giants that have stood for 800 years. We can’t let that happen!

That is why, on this 20th anniversary, we are calling on President-elect Joe Biden to immediately restore the national Roadless Rule on the Tongass on his first day in office on Jan. 21, 2021. Joe Biden has voiced a strong commitment to address the climate and biodiversity crisis and to uphold the rights and values of Indigenous peoples to access and use their traditional lands.

We know that, as the largest carbon sink in the United States, the Tongass is critical to the climate fight and can play a central role in Biden’s goal to protect 30% of public lands by 2030 to support biodiversity. The Tongass stores 8% of carbon stored by all other national forests in the Lower 48, and drinks in a whopping 1 billion tons of carbon each year. This rich terrestrial and marine ecosystem is home to many unique species including the Alexander Archipelago wolf, the Queen Charlotte goshawk, flying squirrels, black bears, brown bears, deer, marten, amphibians, rare plants, and many others, along with all five species of Pacific salmon in thousands of watersheds across the forest. But like our planet, without protections the Tongass and all life that depends on it is in peril.

Let’s face it, we’ve been through a lot together in the last 12 months — and in the past four years. Let’s make 2021 a year of hope and promise for our magnificent Tongass and for our planet. Please join us in calling on Biden to live up to his climate and biodiversity promises by restoring Tongass roadless protections immediately when he takes office. Together, let’s raise our voices and call on Biden to protect the Tongass. Send a letter directly to president-elect Joe Biden. We’ll hold your letter and make sure it is delivered to his office on Jan. 21.

With your help, we will preserve the Tongass for future generations in your family and mine, for our planet, and for millennia to come.

To everlasting protections for the Tongass,