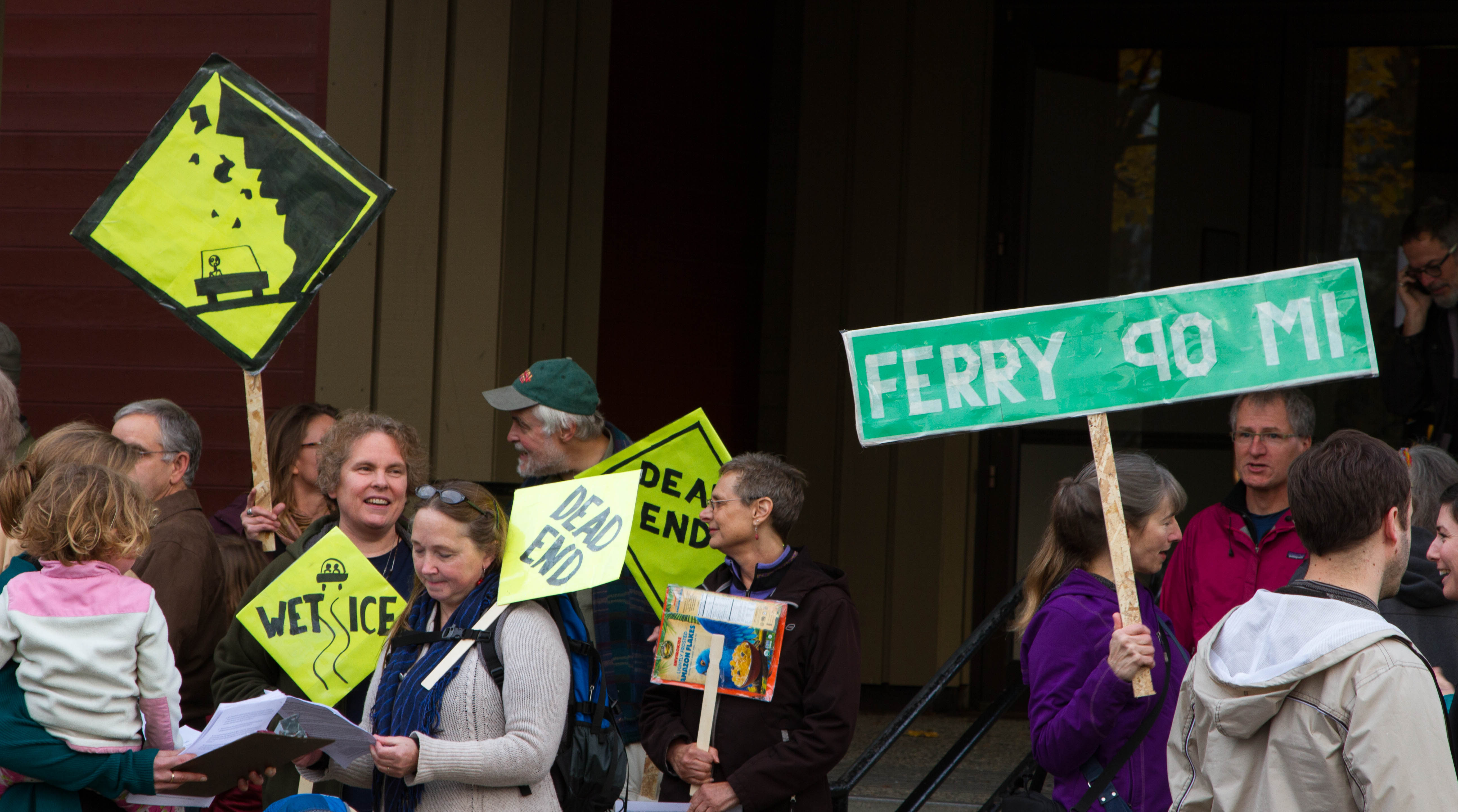 The Juneau Road, also known as the Juneau Access Project has again reared its ugly head, this time in the Alaska State Legislature.

On March 12, 2018, the House voted on H.B. 321, the ‘fast-track supplemental’ which would provide short-term funding for Medicaid, the ferry system, and the department of corrections through the spring. Attached to this was an addition offered by Representatives Pruitt, Millett, Saddler, and Wilson to allocate over $21 million to the Juneau Access Project, a potentially divisive attempt to resurrect this dead-end road.

It is frustrating to see road proponents try and use a bill critical to funding health care for low-income families and the essential services of the ferries to push their agenda forward.

Fortunately, when it came time to adopt the measure, adding it to the final bill to be passed, it failed by one vote. Both Juneau Representatives Sam Kito and Justin Parish were among the 20 representatives who voted against the inclusion and for the health and well-being of the people of Alaska.

Thank Kito and Parish for voting for Juneau

‘The Road’ as it is known, would allocate millions of state and federal dollars to extend the road here in Juneau north along the Lynn Canal in an attempt to shorten the distance between Juneau’s roads and the Alaska road system in Haines. This would be a bad deal for Juneau and the state, a waste of taxpayer money to fund a dangerous and wasteful project.

We are lucky to have representatives that will stand up for what they believe in and thanks to them this debate has hit another end. This move, however, highlights the importance of staying vigilant on this issue as there are those who would see this pushed through, even at the cost of the people of Alaska.