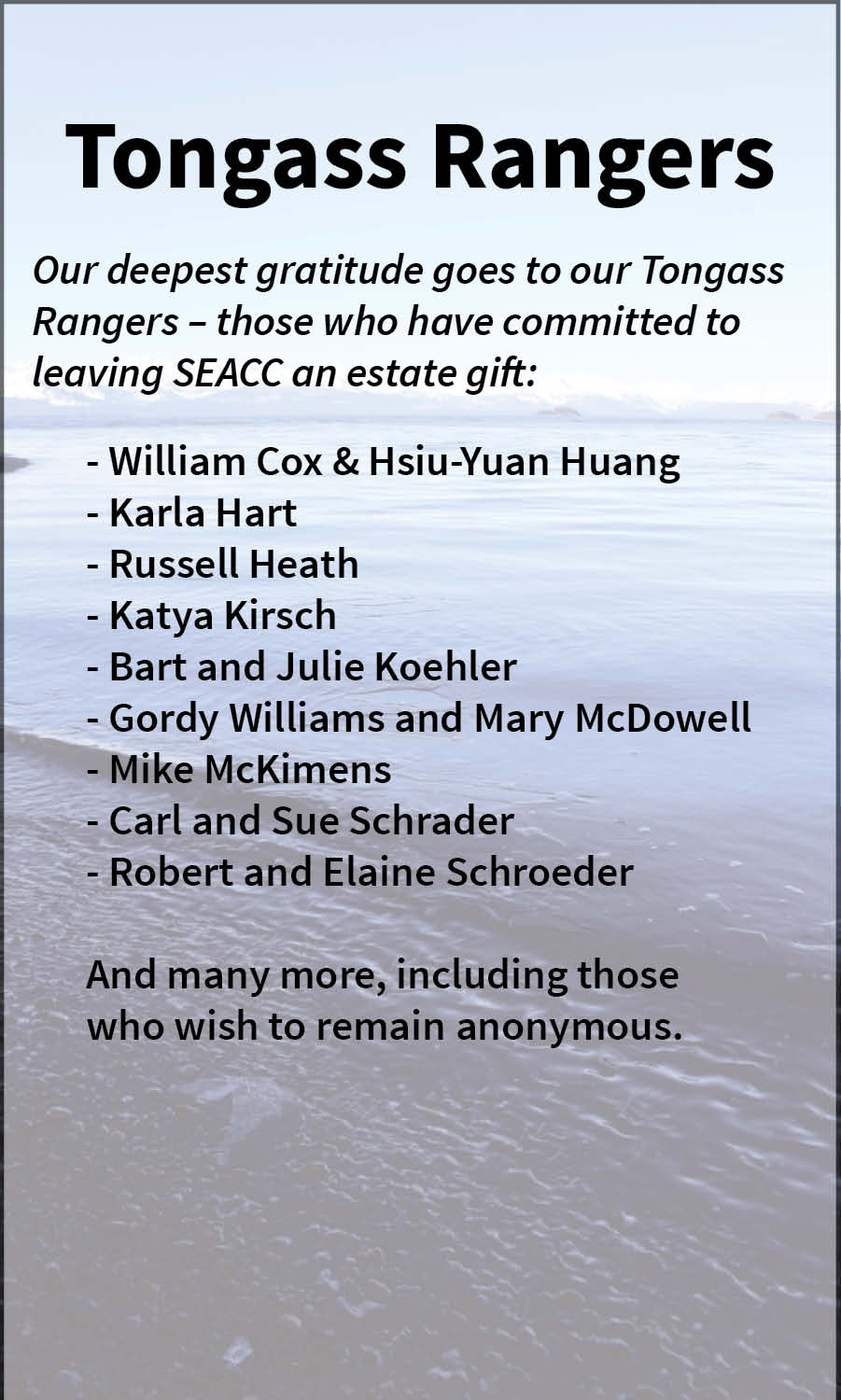 The ancient forest, lumbering bears, and wild salmon have been part of Southeast Alaska for eons. You can help us ensure this vibrant, connected landscape will thrive for generations to come by making a planned gift to SEACC.

Years ago SEACC's former Executive Director Bart Koehler bestowed the title of "Tongass Ranger" on those volunteers who showed extraordinary commitment to protecting a wild and thriving Southeast Alaska. We've recycled that clever moniker to acknowledge and thank those who have let us know they have included SEACC in their estate plans.

You too can join the many Tongass Rangers who have already committed to leaving a legacy by:

You can also make annual contributions to SEACC by giving gifts of stock or, if you are over 70 1/2, transferring the Required Minimum Distribution from you IRA to SEACC. Giving these types of gifts can have tax benefits for you and your family.

Click here to learn more about these options and see examples of bequest language. And if you've already committed to leaving a planned gift to SEACC, please let us know by filling out and submitting this form. This will help us ensure that your intentions are carried out, and allow us to say thank you!

SEACC has been defending our forest and water for 45 years, and with your help, we will be here to keep watch over the Tongass National Forest and Southeast Alaska's magnificent wild lands and waters far into the future.

SEACC does not provide legal or tax advice. In any event, the foregoing general information is not intended and cannot be used by any person for the purpose of avoiding tax penalties that may be imposed with respect to the matters addressed. You should seek advice based on your particular circumstances from an independent tax advisor. 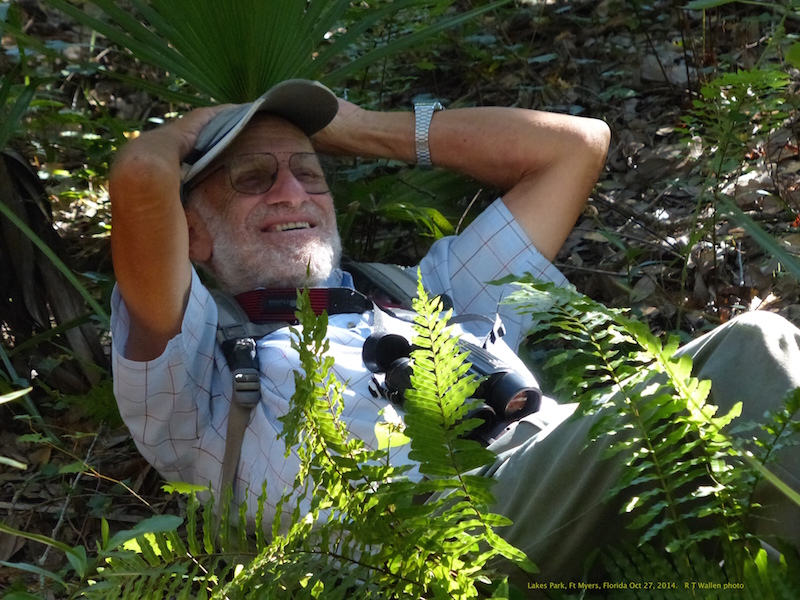 Lifelong nature lover Richard J. Gordon decided many years ago to leave his entire estate to the Southeast Alaska Conservation Council and to the Nature Conservancy of Wisconsin. At the suggestion of his friends Lynn and R.T. Wallen, he decided not to wait to give his gift to SEACC. Facilitated by the Wallens, Rich’s house on the road to Mendenhall Glacier was sold in October 2015, with all proceeds donated to SEACC as an unrestricted gift.

Rich is well known on the Juneau trails where he spent most of everyday birding and contemplating nature. Now in his 80s, he continues to average five miles a day on the trails near the Florida retirement community where he lives.

Rich earned his B.S. degree in biology from the University of Wisconsin in 1964. During college summers, he traveled to Alaska to work on an archaeological excavation in the Aleutian Islands, along with fellow student naturalists R.T. “Skip” Wallen and Greg Streveler. All three ended up moving to Southeast Alaska after graduation. Rich worked for the Department of Fish and Game as a librarian until he was refused a position as a field biologist and left. Supporters believe his rejection was because of his conservation work on the side. This was in the late sixties and early seventies when it was unpopular in Alaska to be an environmentalist and some even received death threats.

Rich turned his attention to his volunteer work, which has become legendary in the conservation community. He helped found the Alaska Wilderness Council in 1969 and its offshoot, SEACC. He was a key witness for the Sierra Club’s legal challenge to the largest-ever timber sale on Admiralty Island. He helped prepare the National Park Service’s recommendations to Congress for new national parks, preserves, and monuments. His contributions identifying lands to be protected under the D-2 lands legislation in the late 1970s cannot be overstated. He identified wildlife habitats for protection in the national Petroleum Reserve in Alaska.

In 2005 he was awarded the Celia Hunter Award for Outstanding Volunteer Contributions by the Alaska Conservation Foundation. He continues to support conservation organizations around the world with his memberships and donations. 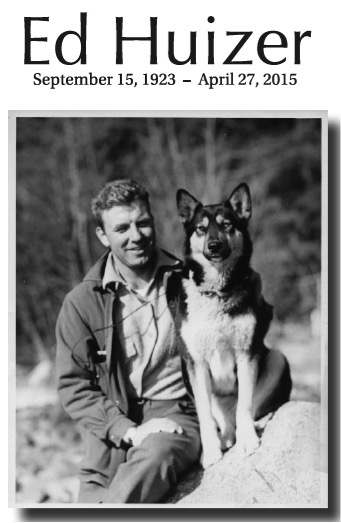 Ed worked for the U.S. Department of Fish and Wildlife in territorial days and upon statehood joined the newly formed Alaska Department of Fish and Game. There were only 13 employees statewide at the time. One of his early tasks as a fisheries biologist was to perform salmon population studies on the Taku River, which entailed being flown up to the headwaters of the river with a stock of wooden planks, a few hand tools, and a Coleman fuel box full of food, then building a skiff to float down the river, hand-hauling a gillnet as he drifted to sample numbers and species. Always an avid outdoorsman, he was the first man to summit Mount Hess in the Alaska Range, was a member of a Mt. McKinley climbing team in 1947 that hand-sewed their own tents from army surplus parachutes, and spearheaded construction of the three-mile John Muir trail up to Juneau’s Spaulding Meadows.

He was a classic Alaskan who said little but did much. During his long life, he inspired many, including friend and author Lynn Schooler, who said, “Ed was one of the Old Guard who manifested integrity without ever talking about it, but by what he did instead. If he said anything it was true if something needed to be done, he did it, and he never cared much who got the credit. ”

When Ed died in 2015 he and his wife Marge, who preceded him in death in 2001, left a $151,000 bequest to SEACC. The gift will be part of SEACC’s Tongass Ranger Fund to help SEACC continually watch over the Taku and special areas of the forest that produce the abundant runs of fish and robust wildlife populations that make Southeast Alaska unique in all the world.