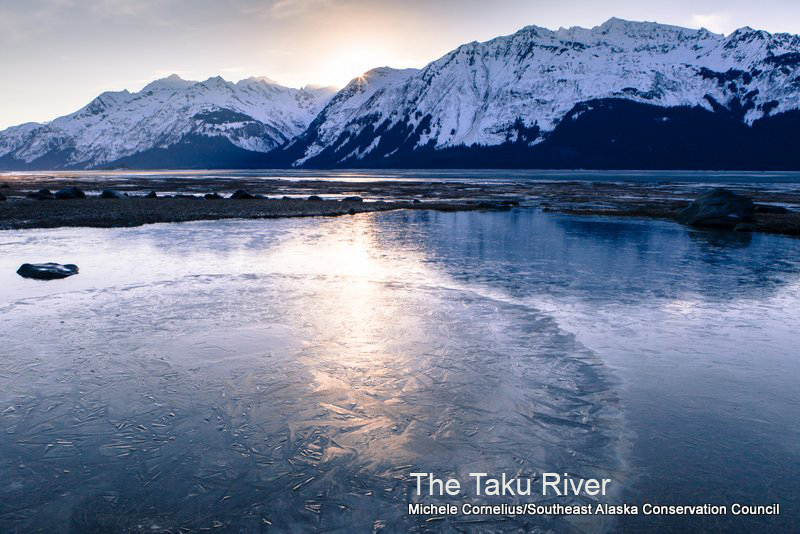 Our transboundary rivers here in Alaska have a new advocate, the U.S. Department of State. After years of petitioning by SEACC, Alaska Native groups, conservation groups, and the Alaska delegation, the federal government has taken the first steps in protecting our clean water, salmon, and the communities that rely on them.

On December 28th Lieutenant Governor Byron Mallott, who is heading the Alaskan administration’s efforts to address the issues of transboundary mines, released a letter from the U.S. Department of State’s Bureau of Legislative Affairs. The letter acknowledges our concerns and promises to engage their counterparts at Global Affairs Canada on the issue. They have secured a commitment from Global Affairs Canada to ‘engage in a bilateral review of gaps and limitations in the cooperation frameworks between B.C. and U.S. states.’ The Department of State will lead this interagency review and plans to share their findings at the April 2018 International Joint Commission (IJC) meetings.

This is a critical step for protecting our transboundary rivers, as a referral from the federal government is required to invoke the IJC. Created under the Boundary Waters Treaty, the IJC is intended to address disputes arising from the threat of Canada’s pollution of our productive salmon rivers. The IJC is the only overarching body of both U.S. and Canadian officials that can resolve this dispute.

This step comes after years of hard work from diverse parties. Most recently, in September 2017, a coalition of groups including SEACC asked for federal involvement, and in November 2017, Governor Walker, Lieutenant Governor Byron Malott, and Alaska’s Congressional Delegation sent a letter to Secretary of State Rex Tillerson. Mayor Ken Koelsch of Juneau, prompted by the CBJ Assembly, also submitted a similar letter.

We have already seen the potential impacts of transboundary mines, such as the 2014 Mt Polley tailing dam disaster in central B.C. and the continued chronic leaching into the Taku River by the Tulsequah Chief Mine.

Rivers and salmon do not recognize international borders. In order to protect these invaluable resources, we must work together at all levels from the local to the international arenas. Our transboundary rivers are part of what makes this region special. Protecting them is of paramount importance to keeping our salmon and communities healthy. This is a strong move in the right direction and we look forward to seeing what comes of this process.