Take Action to Protect the Tongass

million acres — and then some — making it one of the world's largest remaining temperate rainforests!

Watch Our Video About The Tongass 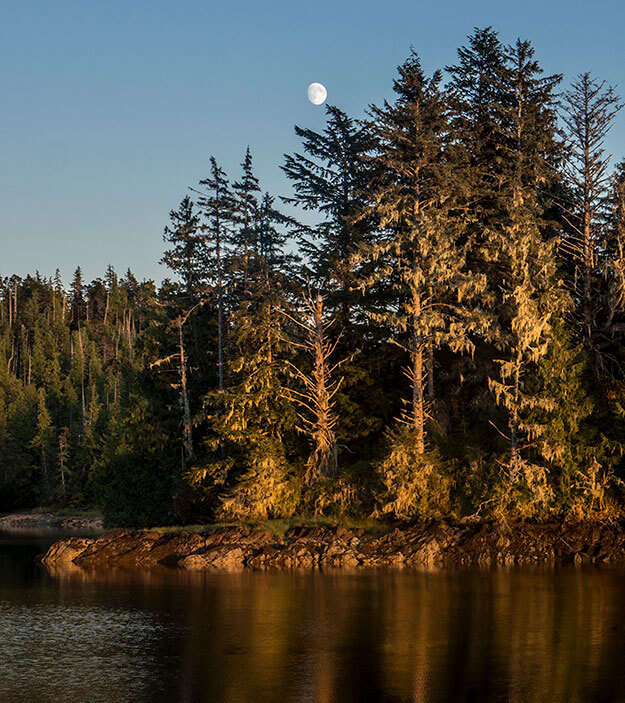 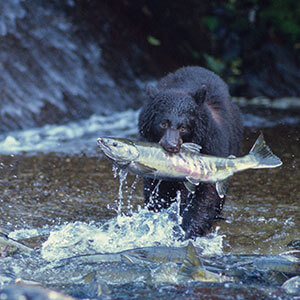 Imagine walking through a thick fog into a forest with huge stands of 800-year-old trees towering above you, a soft, spongy ground carpeted with green moss and lichen underneath you, and a sparkling shoreline in the distance with breaching humpback whales and rookeries of sea lions.

Something so grand and spectacular sounds imaginary, but it’s real. This is the Tongass National Forest, a world abundant with the sounds and sights of wildlife, deep fjords, icefields, glaciers, and snowcapped mountains.

At roughly 17 million acres — spanning over 80% of Southeast Alaska and stretching 500 miles from north to south — it’s the country’s largest National Forest and one of the last intact old-growth temperate rainforests in the world.

The Tongass is the still-thumping heart of a rainforest that once stretched uninterrupted from Northern California through Oregon, Washington, British Columbia, and Alaska. Old-growth temperate rainforests hold more biomass (living stuff) per acre than any other type of ecosystem on the planet, including tropical jungles. The Tongass stores approximately 44% of the carbon contained in U.S. National Forests and is recognized as a globally significant carbon storage reserve.

The Tongass supports all life here in Southeast Alaska and is the traditional homelands of the Tlingit, Haida, and Tsimshian peoples who use the forest for traditional hunting, fishing, gathering, and arts. It’s called a “living forest” because it’s an economic engine for Southeast Alaskans. The regional tourism and fishing industries together generate more than $480 million in earnings annually and employ more than 11,000 people.

What’s Happening to the Tongass?

Historically speaking, the U.S. Forest Service has always envisioned the Tongass as a pulpwood farm, putting profits over the people who live here. USFS Chief Gifford Pinchot told Congress in 1908, for instance, that wise forest management “must be brought about by the axe.”

From the 1950s to present day, more than 1 million acres of the Tongass have been clearcut, and roughly half of the forest’s large old-growth trees were logged in the last century. With time, many Southeast Alaska residents began to recognize the danger that industrial-scale logging posed to virtually every aspect of their lives by the destruction of the Tongass.

To this day, multiple uses — including industrial-scale logging — are allowed on national forest lands. In fact, the Tongass is the last National Forest to allow large-scale clearcut logging of ancient old-growth trees, and the government is allowed to continue this outdated practice. In 2015, for example, over 6,000 acres were logged as part of the Big Thorne sale on Prince of Wales Island.

At the taxpayer’s expense

To make matters worse, this is done at a loss to the U.S. taxpayer. A recent study done by the independent, nonpartisan group Taxpayers for Common Sense found that the Forest Service lost $16.1 million on Tongass timber sales in fiscal year 2019, and $1.7 billion over the past four decades.

Despite all the tax dollars spent propping up the modern day timber industry, it now contributes less than 1% to Southeast Alaska’s regional economy.

Donate to Protect the Tongass

Living forests are economic engines — 26% of Southeast Alaska’s jobs are tied directly to the forest. The Tongass provides food security for thousands of Alaskans and produces 25% of West Coast salmon.

The Tongass Needs Our Help. Save Old-Growth Trees!

What can YOU do?

We’ll let you know about the next opportunity to speak up for the Tongass. It is always helpful to drop a line to your U.S. Senators and Representatives telling them that you live, work, and play in the Tongass and would like it to be managed for fish, wildlife, and fun; the American public should no longer be subsidizing old-growth clearcutting.