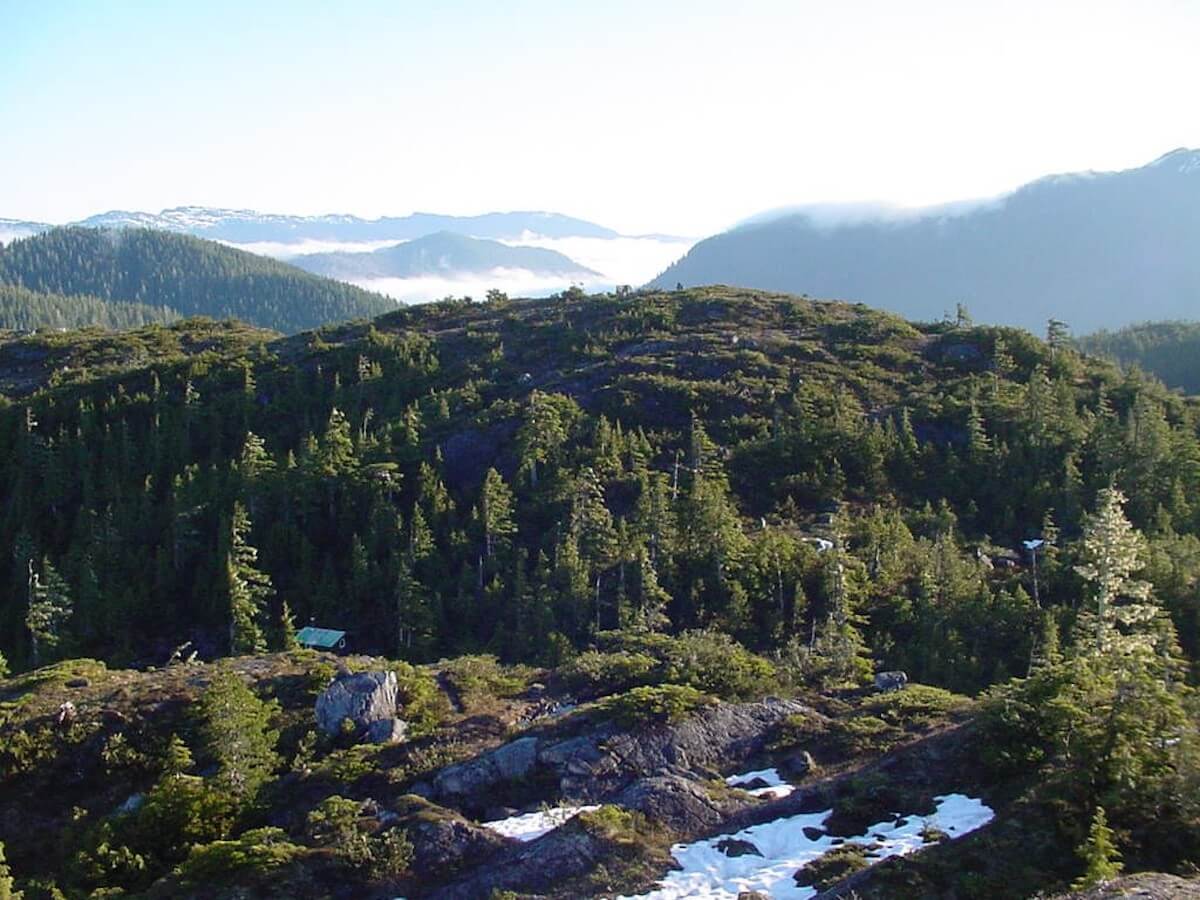 JUNEAU — The 16.8 million-acre Tongass is America’s largest national forest, one of the last relatively intact temperate rainforests in the world, and holds 44% of all the sequestered carbon in the entire U.S. national forest system. For 20 years under the 2001 “Roadless Rule,” some of the most pristine areas of the forest were protected. But in October 2020, the Trump administration rolled back protections and opened 9.2 million acres of the Tongass to industrial logging and development. This decision stands among the most damaging public lands actions of the last four years and goes against the will of local business leaders, Southeast Alaska Tribes, and residents who call the Tongass home.

“Tongass logging of mostly old-growth rainforest is estimated to add the equivalent of 50,000 vehicle emissions each year, topping out by mid-century at a cumulative total of over 9 million vehicle emissions equivalents from 100 years of past and future logging. This is a form of climate malpractice,” Dr. DellaSala stated during the press conference.

Putting more emissions in the atmosphere during a global climate emergency flies in the face of warnings by scientists to drastically cut emissions by 2030 to avoid calamitous climate consequences to humanity. President Biden can follow up on his pledge to protect the Amazon rainforest by also protecting America’s rainforest along with remaining older forests and large trees nationally to demonstrate global leadership on nature-based climate solutions.

DellaSala’s findings support what Southeast Alaska Tribal leaders, fishermen, business owners, those in the outdoor recreation industry, and conservation groups have been saying about the importance of the Tongass for years as the Trump administration sought to roll back protections.

Joel Jackson, Tribal President of the Organized Village of Kake, said the Tongass is important to his people’s way of life and needs to be protected. “Southeast Alaska Tribal leaders support restoring the 2001 U.S. Forest Service’s national Roadless Rule to the Tongass, which protected resources in our area from logging roads that devastate the land we rely on,” he said. “We depend on the forests and salmon streams to sustain us and logging threatens those streams. Our traditional hunting and fishing practices are critical because they put food on our tables.”

In addition to directing the Forest Service to restore Roadless Rule protections to the Tongass, the virtual press conference also highlighted an imminent opportunity for the Biden administration to commit the U.S. to protect the Tongass as part of our U.S. climate commitments.

Meredith Trainor, Executive Director of the Southeast Alaska Conservation Council (SEACC) headquartered in Juneau, emphasized immediate action the Biden Administration can take. “As the United States is drafting its updated commitments for how to reduce emissions and move the goals of the Paris Agreement forward, it is a no-brainer to specifically reference keeping America’s largest carbon sink, the Tongass, protected. Our country’s ‘Nationally Determined Contribution’, is being worked on at the highest levels of the Biden Administration right now and will soon be released as an example to the world for how the U.S. will seek to lead on climate. This new research shows that protecting the Tongass is an unrivaled opportunity to begin to move the needle on climate not next month, not next year, but today.”

“This is why we at SEACC have joined dozens of other national and local conservation organizations, including the Sierra Club, Earthjustice, Center for Biological Diversity, The Wilderness Society, and many others calling upon the Biden administration to make protecting the Tongass and ending logging of mature and old-growth forests part of the U.S. climate contribution,” Trainor said.

On his first day in office, President Joe Biden signed an Executive Order entitled, “Protecting Public Health and the Environment and Restoring Science to Tackle the Climate Crisis,” and identified the Trump Administration’s elimination of the Tongass Roadless Rule as one of the actions that would be reviewed.

By Earth Day, April 22, in connection to a Leaders Summit on Climate planned by the Biden Administration, the U.S. Nationally Determined Contribution will be released publicly.

On March 18, 111 scientists sent a letter to President Biden asking for the Tongass and other important carbon dense forests to be protected. They also called on the U.S. to comply with Article 5 of the Paris Agreement which requires countries to protect nature-based solutions that enhance carbon sinks and reservoirs. Making the Tongass part of our Nationally Determined Contribution would be a major step forward.

The crescendo of calls for the Tongass to be part of U.S. climate commitments also includes former Forest Service officials Mike Dombeck, chief from 1997 to 2001, and Jim Furnish, deputy chief from 1999 to 2002, who penned an op-ed in The Hill earlier this month.

Many countries are expected to include nature-based solutions in their updated Paris Agreement commitment plans, which are required to be submitted to the United Nations in advance of November’s United Nations Climate Change Conference in Glasgow. These plans detail broad emissions reductions by 2030 that are required to submit every five years.

Countries like Costa Rica have already submitted their updated plan — positioning itself as a global leader in nature-based solutions by highlighting specific actions to protect coastal wetlands. The United States can follow suit and recognize the importance of protecting critical ecosystems for climate benefits.

← Prev: "My Notion of the Ocean" by Soren Richards Next: 50 organizations call on President Biden to protect Tongass National Forest and carbon-rich forests under U.S. climate commitments →