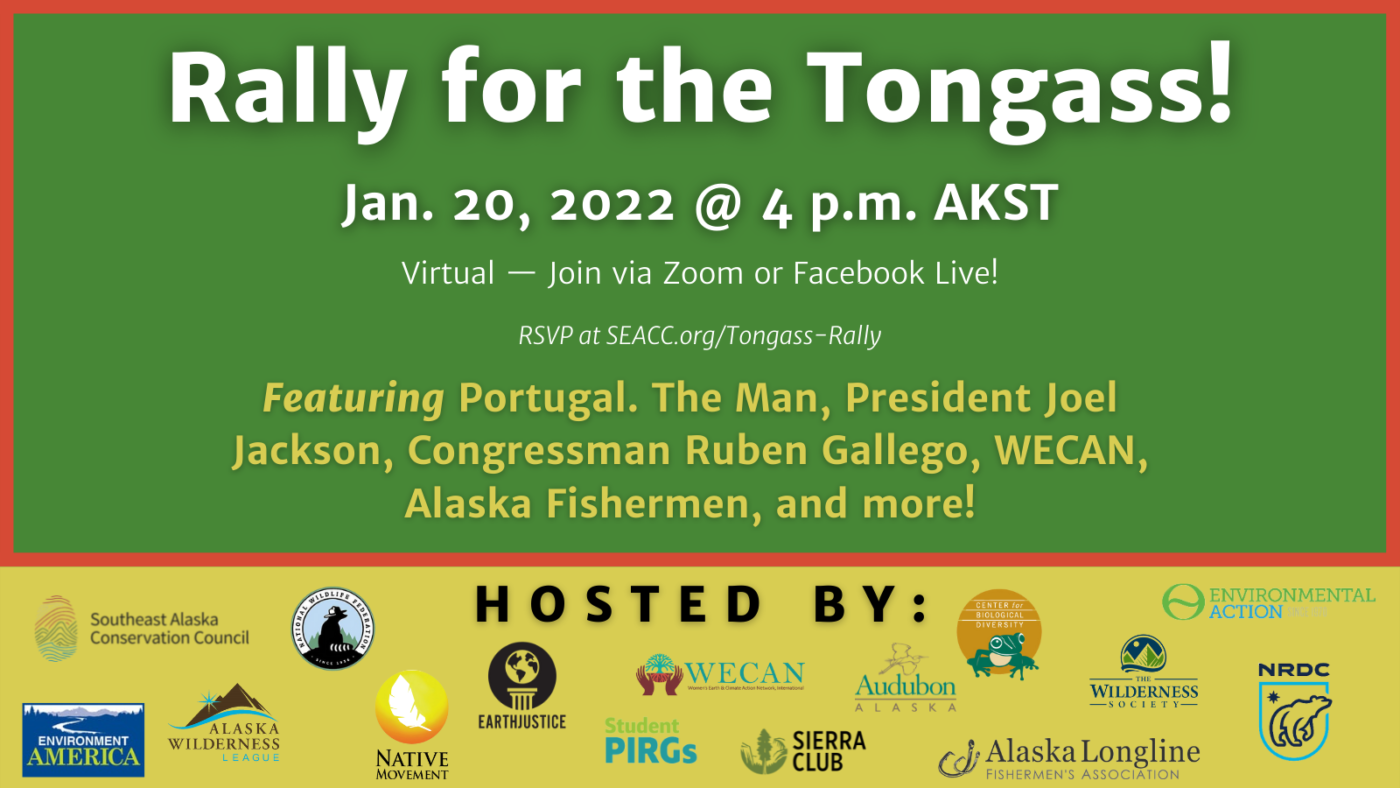 JUNEAU (Tlingit: Aakʼw Ḵwáan Lands) — Last fall, the Biden administration opened a public process to restore Roadless Rule protections on the Tongass. Since, Southeast Alaskans have been generating massive displays of support from regional and national stakeholders to showcase the importance of the Tongass — ending with Rally for the Tongass. This pre-recorded virtual rally will showcase the beauty, diversity, economic vitality, and cultural vibrancy held within the nearly 17 million acres of Tongass National Forest.

Scheduled events are to include addresses from Indigenous and political leaders, talks from Southeast Alaskan filmmakers, and a performance by Portugal. The Man., and much more.

On November 23, the United States Department of Agriculture announced a 60-day comment period for the public to voice support for the reinstatement of the national Roadless Rule on the Tongass. The public has been able to submit official comments on the Biden administration’s decision to move to repeal the Trump-era, so-called “Alaska-specific” Roadless Rule, which removed 2001 national Roadless Rule protections from the Tongass in Southeast Alaska.

← Prev: Senator Murkowski wants to know why salmon are in decline by Jan. 14! Next: Gratitude for resolution of mining threat to Skagit Headwaters, but threat of Canadian mines to American rivers remains →