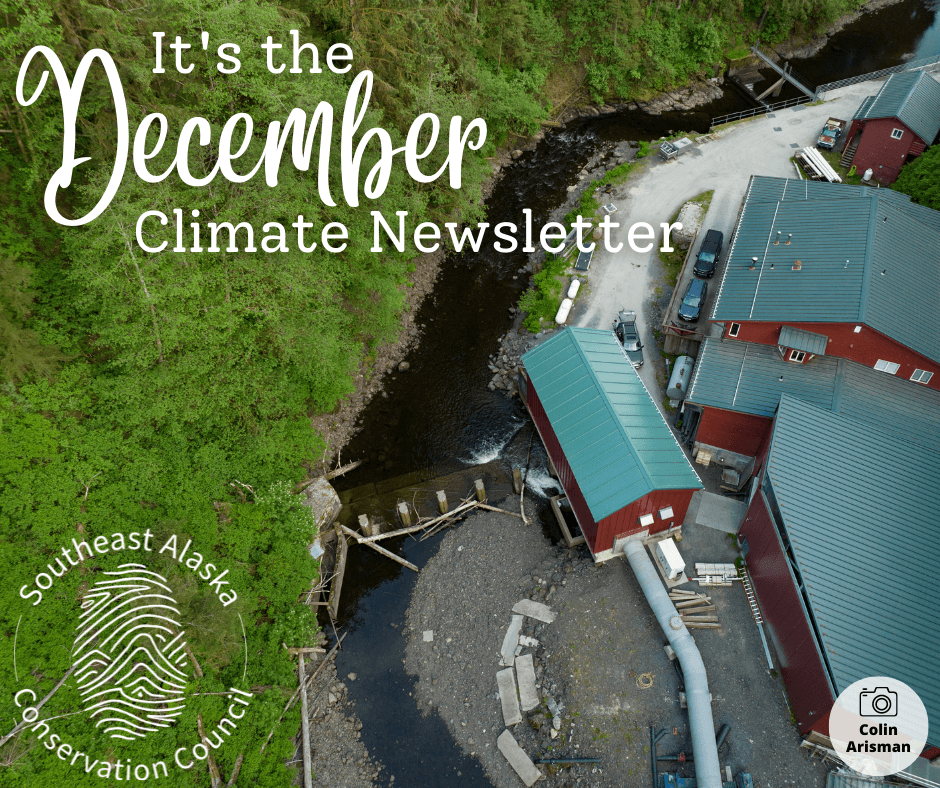 Sometimes these monthly climate updates are all over the place — a mix of personal anecdotes, good news, and bad. This month, and for the next few months, they’re going to be more focused. That’s because SEACC has some very clear goals for our Climate Program work between now and the end of the legislative session.

Our top two priorities are extending and expanding the Renewable Energy Fund, and enacting a Green Bank. I’ve been pushing those two actions for months now, so let me get into some more details on how we’re going to make this happen. 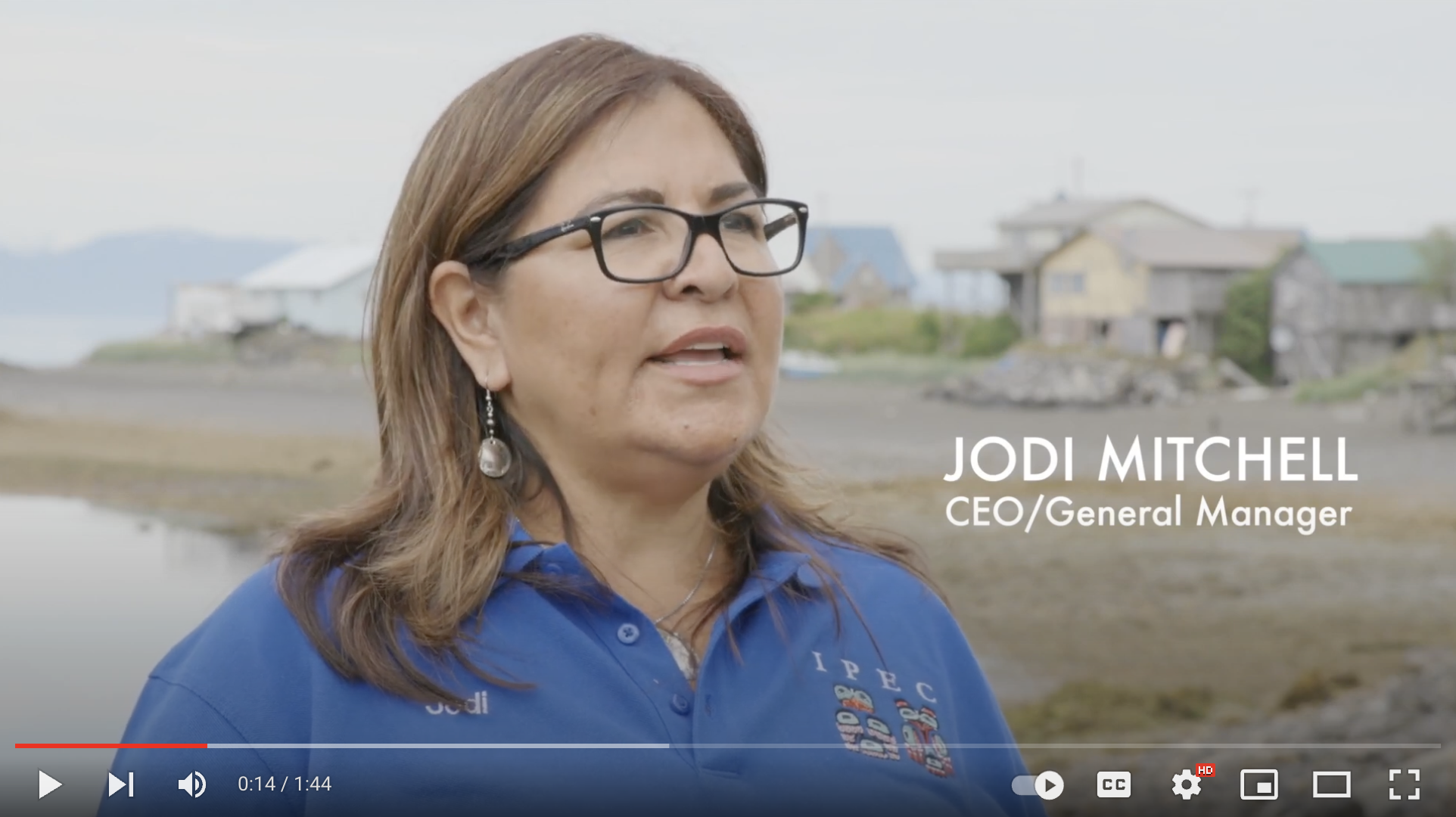 If you’re reading this, I probably don’t need to convince you that reducing carbon emissions is a good enough reason to pass these two bills. But there’s also so much more to the story than that. Transitioning to renewables will have so many run-on benefits, like lowering the cost of energy for residents and businesses, and creating thousands of stable, sustainable jobs that aren’t vulnerable to the booms and busts of resource extraction.

If we’re going to build a winning coalition, we have to build a broader, more compelling narrative that includes a vision for just and regenerative economies. Check out our new video made in partnership with the Inside Passage Electric Cooperative to learn more about how the Renewable Energy Fund (REF) in particular would benefit rural Southeast in these ways.

The Senate recently organized into a bipartisan coalition with nine Democrats and seven Republicans. This is very good news for Alaska! The Senate Finance Committee is now organized and unsurprisingly, Southeast’s Bert Stedman will be co-chairing it once again. Senators Lyman Hoffman of Bethel, and Donny Olson from Golovin, outside of Nome, will be his Democratic co-chairs, meaning all three are sane rural legislators whose constituents deal with crushingly high energy costs and are feeling the direct effects of climate change. The Senate President will be Gary Stevens representing Kodiak, an island powered by renewable wind and hydro funded by state investments. In short, the Senate picture actually looks really good for renewable energy policy.

The House will take longer to organize, but just because they’re not organized yet doesn’t mean we can’t get organized ourselves. We’ve been slowly gathering signatures on our petitions for months, and our pace is picking up as we get closer to the legislature.

We’ll be co-hosting a statewide webinar on the Green Bank, the Renewable Energy Fund, and a railbelt-specific policy called the Renewable Portfolio Standard next month on January 19. It will build off the Climate Community Forum I hosted last month with Jodi, featured above, and Donovan Russoniello from the Renewable Alaska Project, but with more details on the policies and opportunities to support the bills through the legislature. We’ll have a lot more communications coming out about that event in January, but don’t wait to RSVP and get it on your calendar.

Ending On a High Note

You may have already heard the news about Alaska Heat Smart’s Healthy Homes and Heat Pump Assistance Program, which provides thousands of dollars in financial assistance to low-to-medium-income Juneau households for installing money-saving (not to mention climate-saving) heat pumps.

This program came into effect before the IRA tax credits I mentioned before and is in addition to them. I learned at an Alaska Energy Authority meeting yesterday that we can expect a Request for Information on the IRA rebates in spring 2023, with a program roll-out ready in time for the 2023 tax season. Just a reminder that you’re eligible for those tax credits for purchases starting on January 1! If you haven’t scheduled your new heat pump installation, get started — it’s going to get busy!

Alaska Heat Smart has been installing heat pumps in Juneau through this program since the summer, but there’s exciting news: For the first time, residents of Sitka will now be eligible for the same program, potentially as early as January 2023. The guidelines and application process will be nearly identical to the program in Juneau, so Sitkans, keep checking that Alaska Heat Smart link!

By the time my next newsletter comes out, the days will be getting longer again! Happy Solstice!