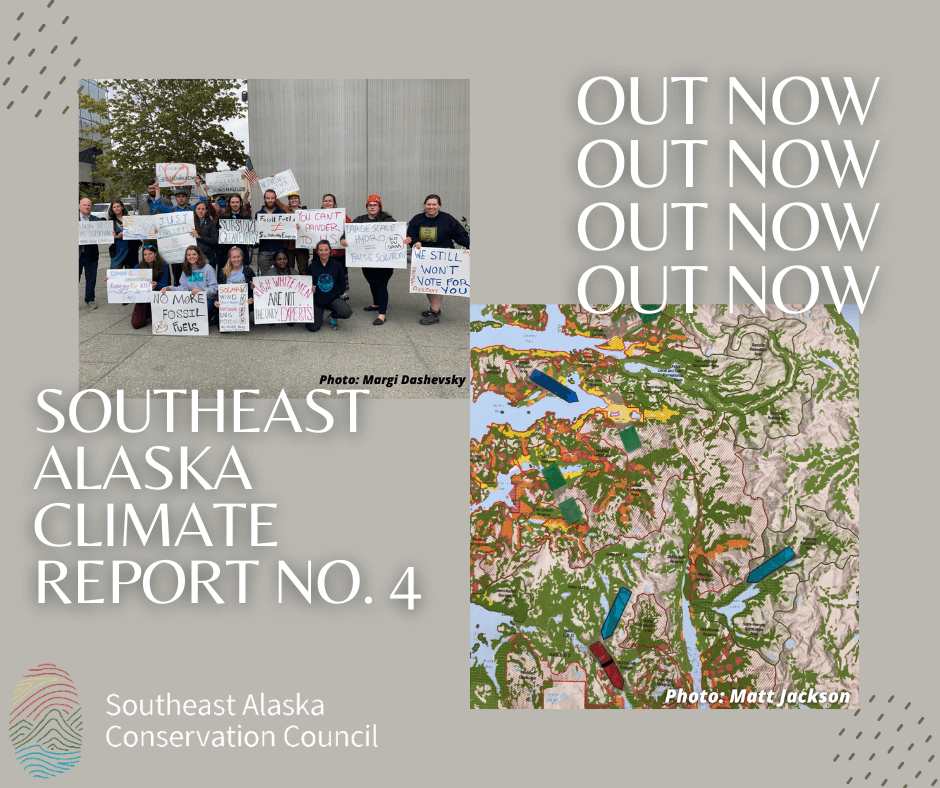 May was a busy month for Alaska’s climate movement. For one, my work with SEACC was in the news way too much, and not for good reasons either, questioning nuclear waste, questioning natural gas, and questioning the point of it all. 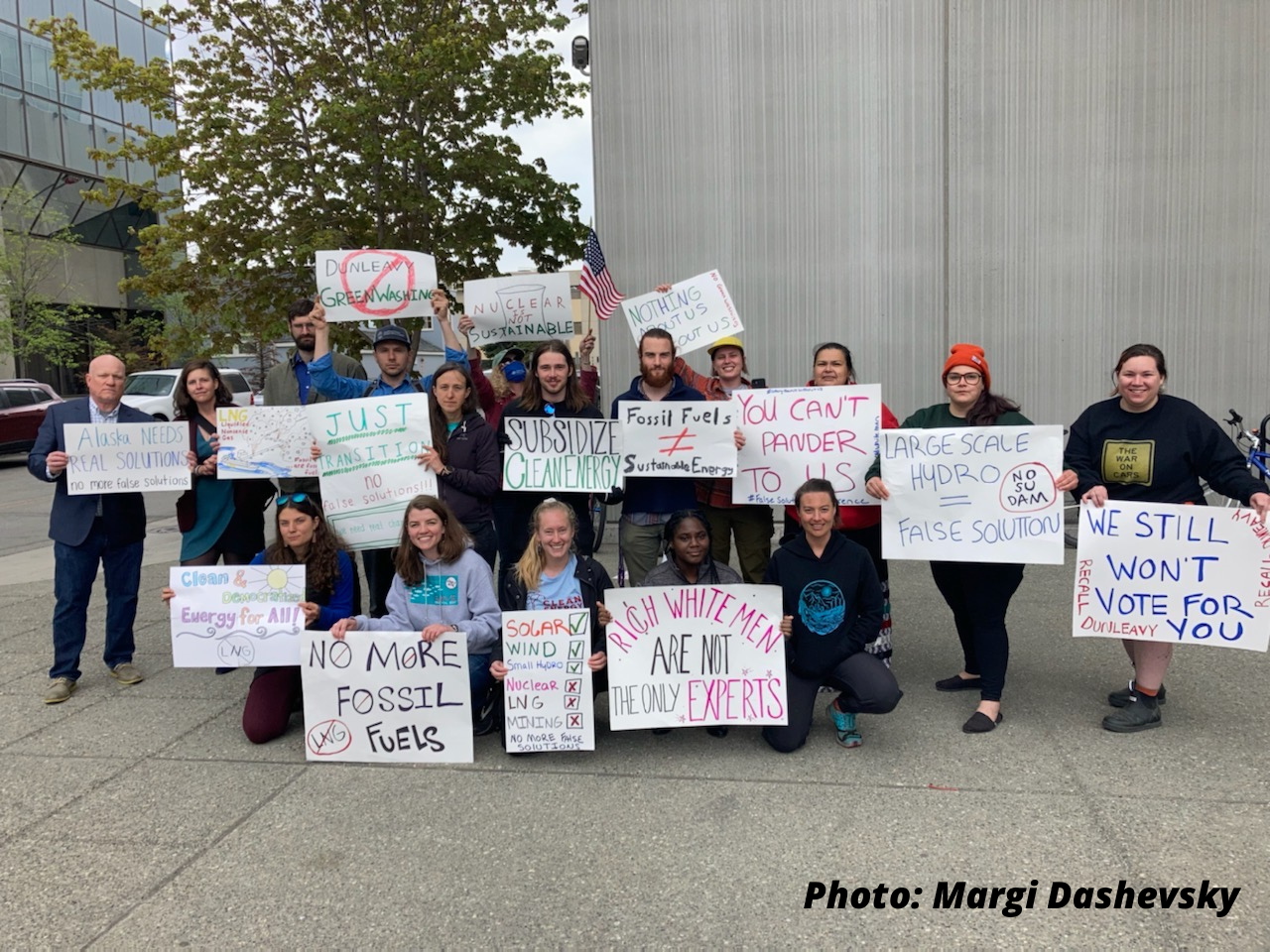 Gov. Dunleavy held a heavily greenwashed Sustainable Energy Conference in Anchorage in the last week of May. And while there were lots of productive conversations happening in the hallway, the main stage was almost non-stop fossil fuel propaganda, desperately trying to position natural gas as a bridge fuel. Although these issues feel far away from SEACC’s traditional scope, we’re on the same planet and in the same state, and we feel the global warming caused by emissions from Cook Inlet and the North Slope the same as anyone else on the globe. Luckily SEACC, along with our friends from the Alaska Climate Alliance, made a strong showing of opposition to Dunleavy’s greenwashed natural gas agenda.

My writing in this climate-focused newsletter often wanders far and wide. But SEACC’s heart and hands remain grounded here in the Tongass National Forest, one of the world’s most important natural climate solutions.

My philosophy when it comes to Tongass old-growth is to protect what’s left and restore the rest. 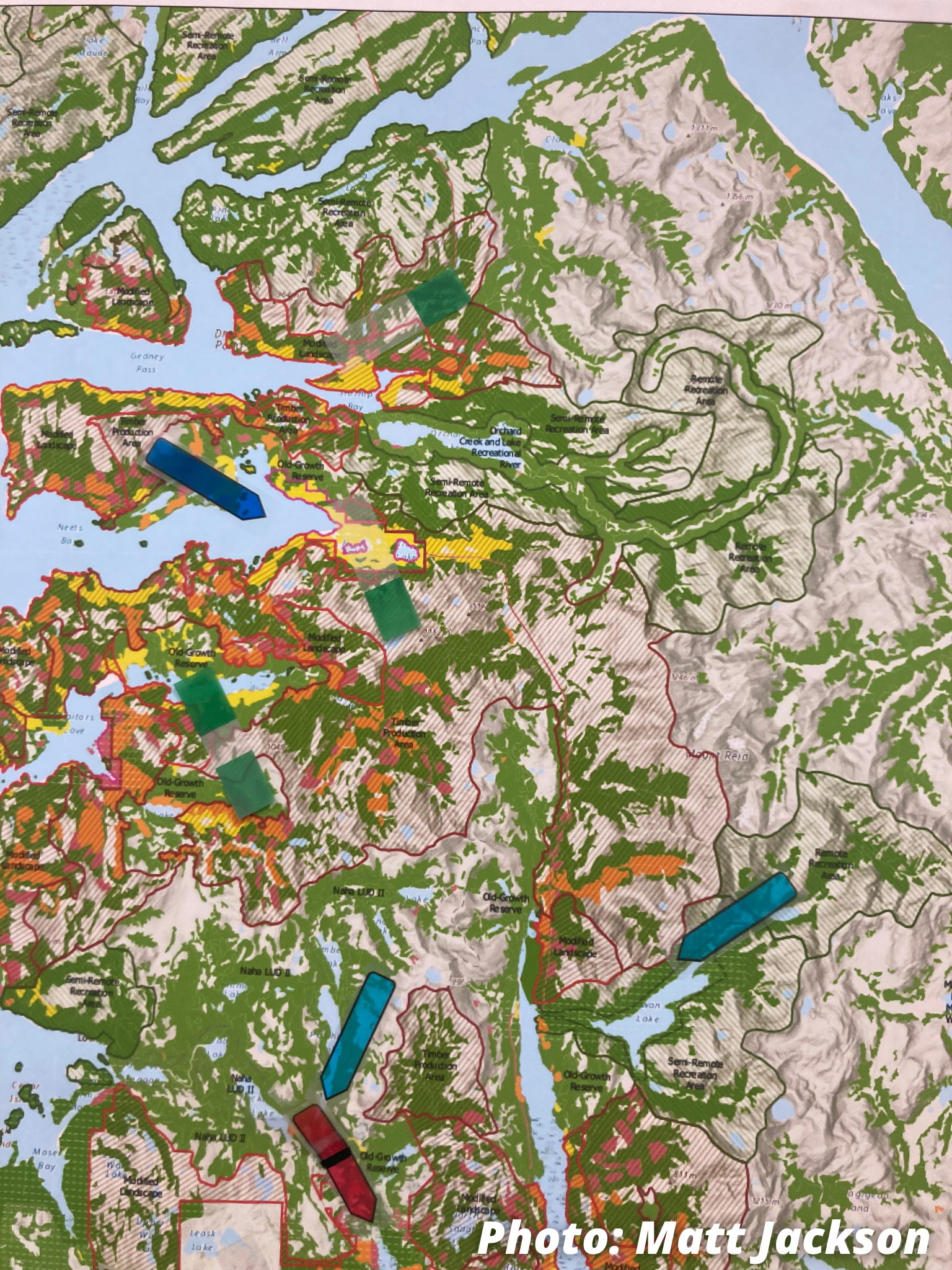 To that effect, Environmental Policy Analyst Katie Rooks, longtime SEACC supporter Peter Bradley, and I worked together to make a new interactive map of Southeast Alaska, and the ability to mark specific coordinates you think need SEACC’s attention. Check it out!

This new map layers two publicly available data sources over each other to present some information that I’m not sure has been offered before. By layering the United States Forest Service’s timber age data over Land Use Designations (LUDs) and land ownership data, SEACC has made it easy to see where the most cumulative impact has occurred, and also which LUDs and ownership areas might be logged, either for old-growth or for young-growth.

The data we used is not perfect, but the best part is that you can drop a pin and let us know exactly where you think SEACC should be advocating. Think watershed or forest restoration projects, where recreation investments are needed, and other areas for special consideration. I hope you’ll share your two cents!

To end this newsletter, I want to circle back to the community. These emails are worth something, but they’re not much compared to the power of people actually talking together, sharing meals, and making change. Over two long years of hunkering down, SEACC is coming back out into the community. I’ll be in Juneau this week for Celebration, SEACC has a bonfire on June 16 at Auke Rec’s Raven Shelter (also in Juneau), we’re traveling to Wrangell for Alaska Bearfest and Haines for the Southeast Alaska State Fair, we’re visiting Angoon soon, and even holding our board meeting on Prince of Wales in September.

The point is, I hope you’ll reach out to us, and that we’ll get to see you face-to-face soon.