Taking the Fight for the Tongass to DC! 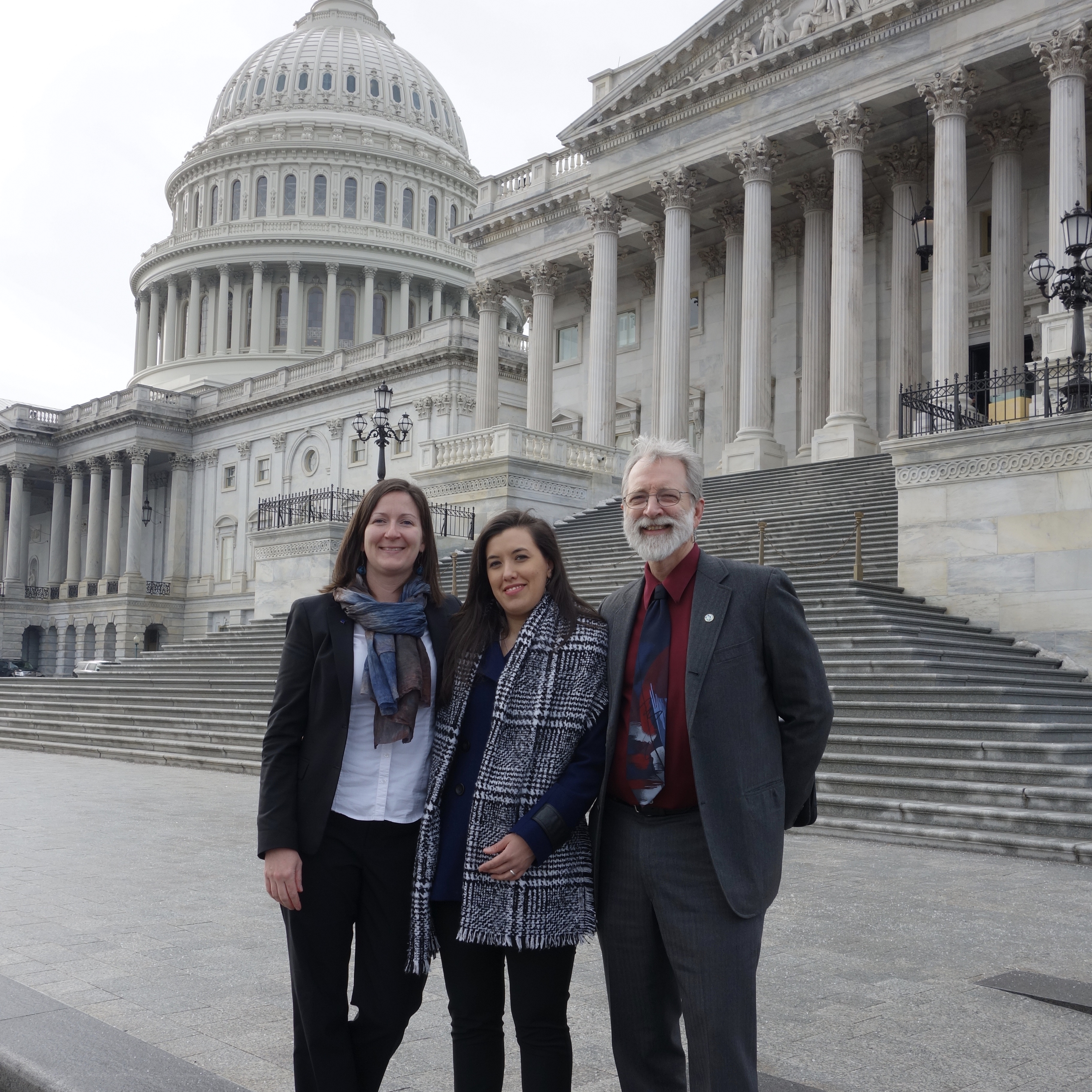 A little over a week ago, Buck Lindekugel, Crystal Nelson, and I traveled to Washington, D.C to take the fight for the Tongass to D.C. at this particularly critical moment in time.

During the week we talked to lawmakers from around the country about the role the Tongass National Forest plays in the lives of Southeast Alaskans, and pushed back against the threat posed by two recent Tongass riders included in a Senate Appropriations package – exempting the Chugach and the Tongass National Forests from the Roadless Rule, and rolling back the 2016 Tongass Land Management Plan Amendment (TLMP) which includes crucial protections for important salmon watersheds.

Alaska Senator Lisa Murkowski, as chair of the Senate Interior Appropriations Subcommittee, attached both riders to her recommendations for the FY 2018 Interior, Environment and Related Agencies appropriations bill in November 2017. The two riders were inserted and released from the subcommittee without providing any other members an opportunity to review, debate, or oppose them.

Help us call key Senators and Representatives today to tell them you support the Tongass!

It was striking to be in DC during the run-up to the government’s shutdown. We met with 17 different Congressional offices from both the House and Senate over the course of three short days. Our meetings were with three groups of officials – longtime Tongass supporters, steadfast public land defenders, and the Alaska delegation. We also met with key committee staff on both sides of the Hill who have the opportunity to weigh in on and offer critical expertise about these issues. 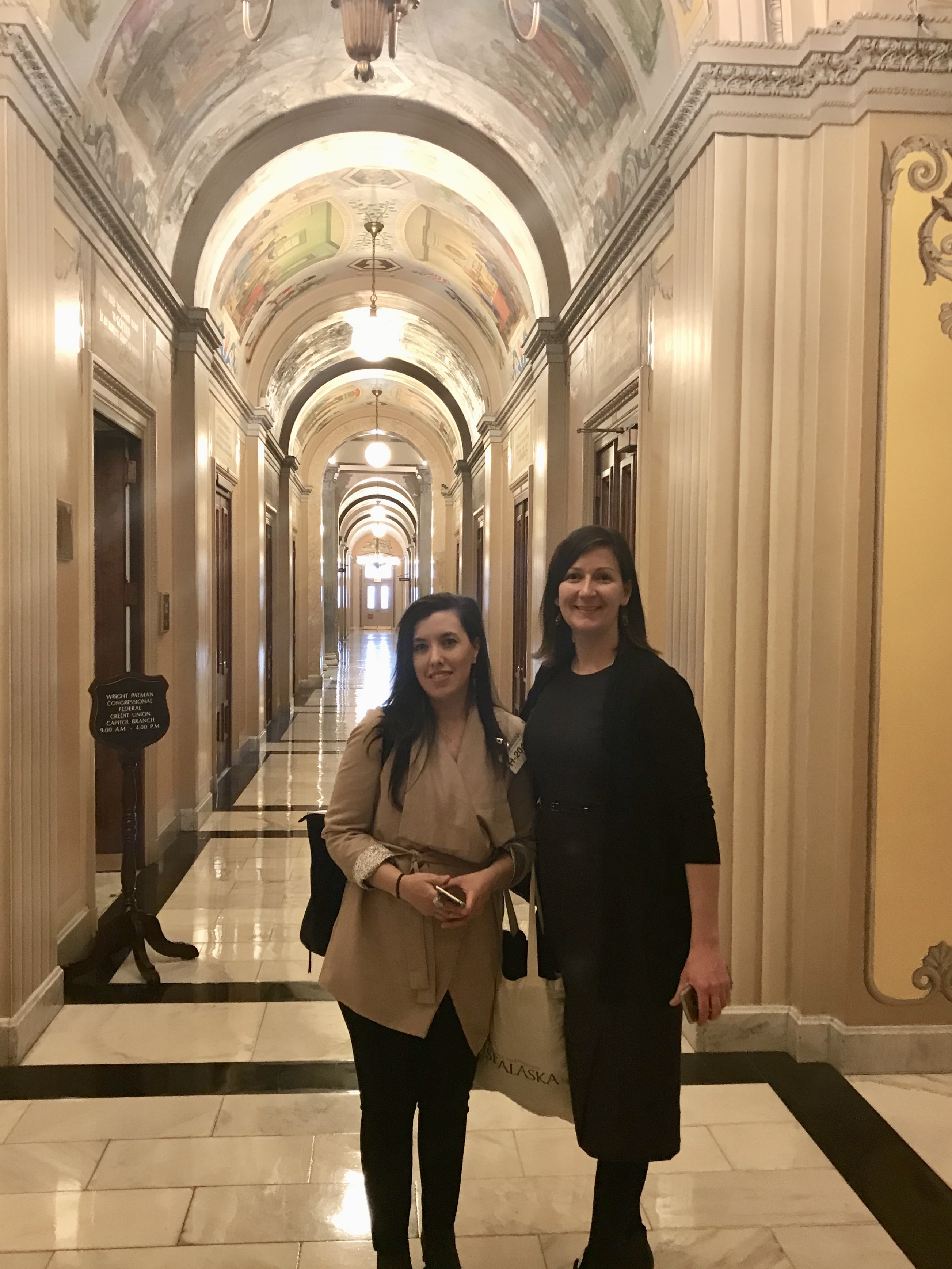 No one could predict if the endless negotiations would bring some kind of deal, or if the government would be shuttered. There was (and continues to be) a real risk that the Tongass could be traded away in the course of increasingly desperate negotiations to keep the government operating. SEACC’s ask was for a ‘Clean Budget Bill’ – one without “poison pill” riders stuck on behind closed doors.

The good news is that the Tongass, and the people of Southeast Alaska, continue to have many enduring supporters on the Hill, ready to fight to protect the forest.

Unfortunately, Senator Murkowski is in a position of great power right now, with substantial leverage with the Trump Administration, as a sometimes-decisive vote for the Republican party, and with her fellow Senators, due to her seniority and committee membership.

We need to keep the heat burning on high on this issue; we need to call our Senators and Representatives and push them (hard!) to oppose these dangerous attempts to perpetuate the destruction of the Tongass National Forest through logging, and to make sure that they fight these advances not just in today’s riders, but in whatever form they may crop up next. Our leaders need to hear from you, to hear your stories and why you want them to stand up for the Tongass.

This trip is just the beginning, for SEACC. We will be going back to DC as many times as it takes to ensure that the government understands that we will fight hard for our forest, and we want to work with you to do it. If you have something to say or a story you want to tell, work with us to get it into an op-ed, or a letter to the editor, or come with us next time and tell your story in person.

Want to be more involved? Email Bryn Fluharty at Bryn@seacc.org for ways to get involved or to tell her what you want to do!

The people of Southeast Alaska have always fought for our forest – this is a dangerous new round, but SEACC is up for the fight.

Want to ensure we are heard in DC? Help us make it happen. Donate to help us defend our forest.