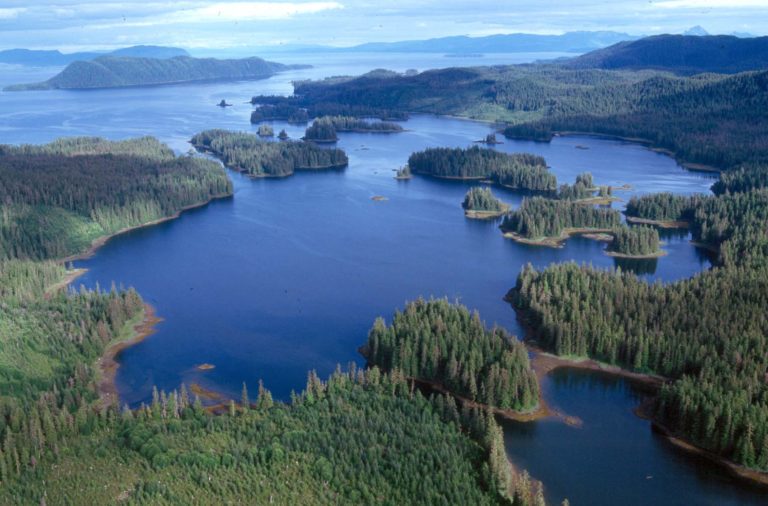 Do you know where your tax dollars are going? Here on the Tongass, the Forest Service has spent over $4.5 million since 2004 trying to make the North Kuiu timber sale pencil out positively. For the second time in the past two years, the Forest Service received no bids on this money-losing sale. Timber sales like North Kuiu reflect the realities of logging on the Tongass today — even with heavy taxpayer subsidies, the high costs and far distance to markets make Tongass timber uncompetitive in today’s timber markets.

The Forest Service offered this sale for the first time in 2016 and received no bids, even after the agency spent over $3 million [≈ cost of 30-second Super Bowl advertisement, 2011] building logging roads, an expense that ordinarily falls on industry. After the Forest Service offered the sale again in May of 2018, Owen Graham with the Alaska Forest Association, called the sale a “loser” and speculated that it would not pencil out for a buyer in the domestic or foreign markets.

Even if the Forest Service is able to make a sale later for the minimum required bid price of almost $195,500 [≈ Initial seat price on Virgin Galactic suborbital flight], taxpayers lose big. Not only have the costs for road work borne by U.S. taxpayers quadrupled, the number of expected jobs has plummeted. The reason? The sale got smaller and the Forest Service further reduced expected local manufacturing jobs by allowing the purchaser to export up to 82% of the sale volume in the round. Since the sale was first approved in 2007, North Kuiu Island has become a recreational hotspot for guided Southeast Alaska visitors. By 2016, the average number of tourists visiting Saginaw and Security Bays had increased from the 1994–2004 average by almost ten times to 1,225.

Dan Blanchard, owner and CEO of UnCruise, a small ship adventure cruise line with seven ships in Alaska, estimates it will contribute approximately $14 million [≈ Average wealth of US senators, 2011] to the Alaska economy in 2018. North Kuiu Island is a favored place for its ships to visit and explore the Tongass. Compared to what they are charging to log the timber, it’s clear the trees here are worth more standing than felled.

Despite this reality, our Alaska delegation continues to promote the timber industry as a solution to Alaska’s economic crisis. Most recently, Representative Young attached an amendment, similar to Senator Murkowski’s poison-pill riders, to the House Farm Bill that would exclude the Tongass from the Roadless Rule, which blocks wasteful spending on logging roads in Tongass roadless wildlands – some of the most spectacular and unique roadless areas anywhere in the National Forest System.

For nearly 50 years, SEACC has protected the Tongass from these types of threats. In May 2018, Earthjustice filed a lawsuit on behalf of SEACC and six other conservation and business interests against the Forest Service. This lawsuit aims to force the Forest Service to supplement their analysis and account for new information and changed circumstances. Since the sale was approved in 2007, the sale’s costs have ballooned while the expected benefits have all but vanished.

Timber is no longer an economic driver on the Tongass. As long as our Alaska delegation keeps promoting this mothballed industry, we will continue to waste taxpayer dollars on sales that compromise our real economy. We will continue to keep you updated on this and other threats to the Tongass.

← Prev: Meet the New Faces of SEACC! Next: Share what you love and win prizes →