Say thanks to Tongass Stronghearts! 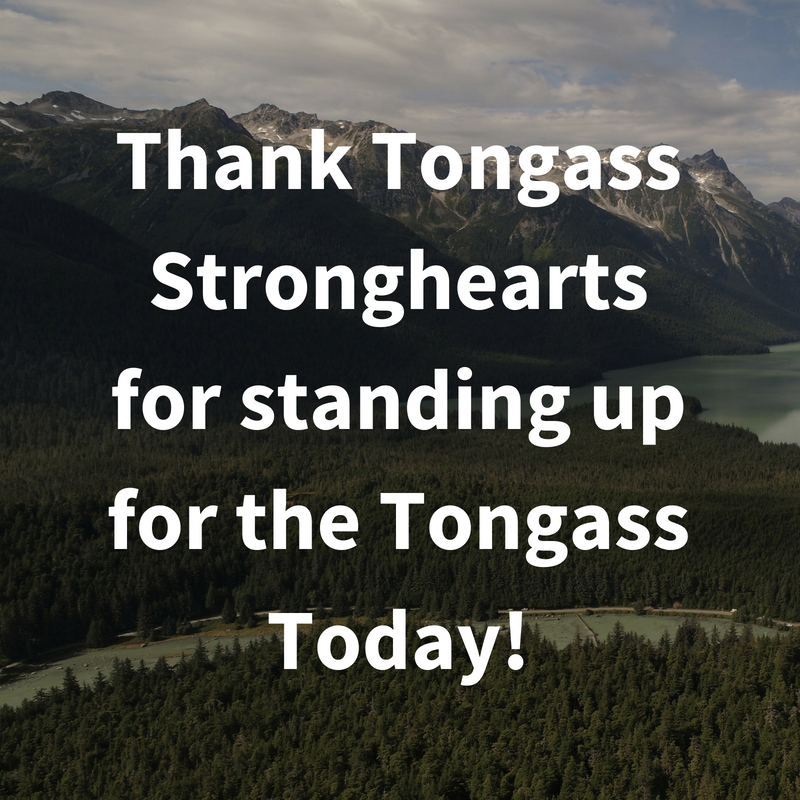 Last week something extraordinary happened: the FY2018 omnibus spending package passed, WITHOUT Senator Lisa Murkowski’s two ‘poison-pill’ riders. The first rider would have created an exemption from the Roadless Rule for Alaska’s two National Forests, the Tongass and Chugach. The second would have thrown out the 2016 Tongass Land Management Plan Amendment which moves management of the Tongass towards a focus on young growth timber. A spending package without Tongass riders was a major win for the Tongass, and we couldn’t have done it without Tongass Stronghearts in Congress, like Senator Maria Cantwell of Washington State.

Today Republicans control the House, Senate, and White House, and Senator Murkowski wields considerable power within the Senate. This favorable environment seemed to suggest  Murkowski could force her Tongass riders through the omnibus negotiations process. However, this put her in an unpopular position as she held up must-pass legislation in her quest to strip protections for Tongass old growth, and Democratic leadership held the line.

Senator Cantwell was in good company standing up to Murkowski. In her corner she had Senators Udall (D-NM), Leahy (D-VT), Schumer (D-NY), Tester (D-MT) and Representatives Pelosi (D-CA), Hoyer (D-NY), Grijalva (D-AZ), Lowey (D-NY), and McCollum (D-MN) who were all ready and willing to take a stand for America’s largest rainforest. These leaders from across the country need to hear from Southeast Alaskans and all those who care about the Tongass. Tell them thanks today—so that they stay strong for the Tongass tomorrow.

Sign the thank you letter to Tongass Stronghearts in Congress

We at SEACC are celebrating this outcome and the leadership that Tongass Stronghearts in Congress showed—especially the work you all have done in speaking out and speaking up. However, Murkowski is fixed on resurrecting the timber industry of yesteryear. She can and will keep finding opportunities to push her policies through from all angles, and we need to be ever vigilant to keep the Tongass strong today and long into the future. Celebrate with us, but be prepared to join us in this work again.