Here’s what the Inflation Reduction Act Means for Alaska. 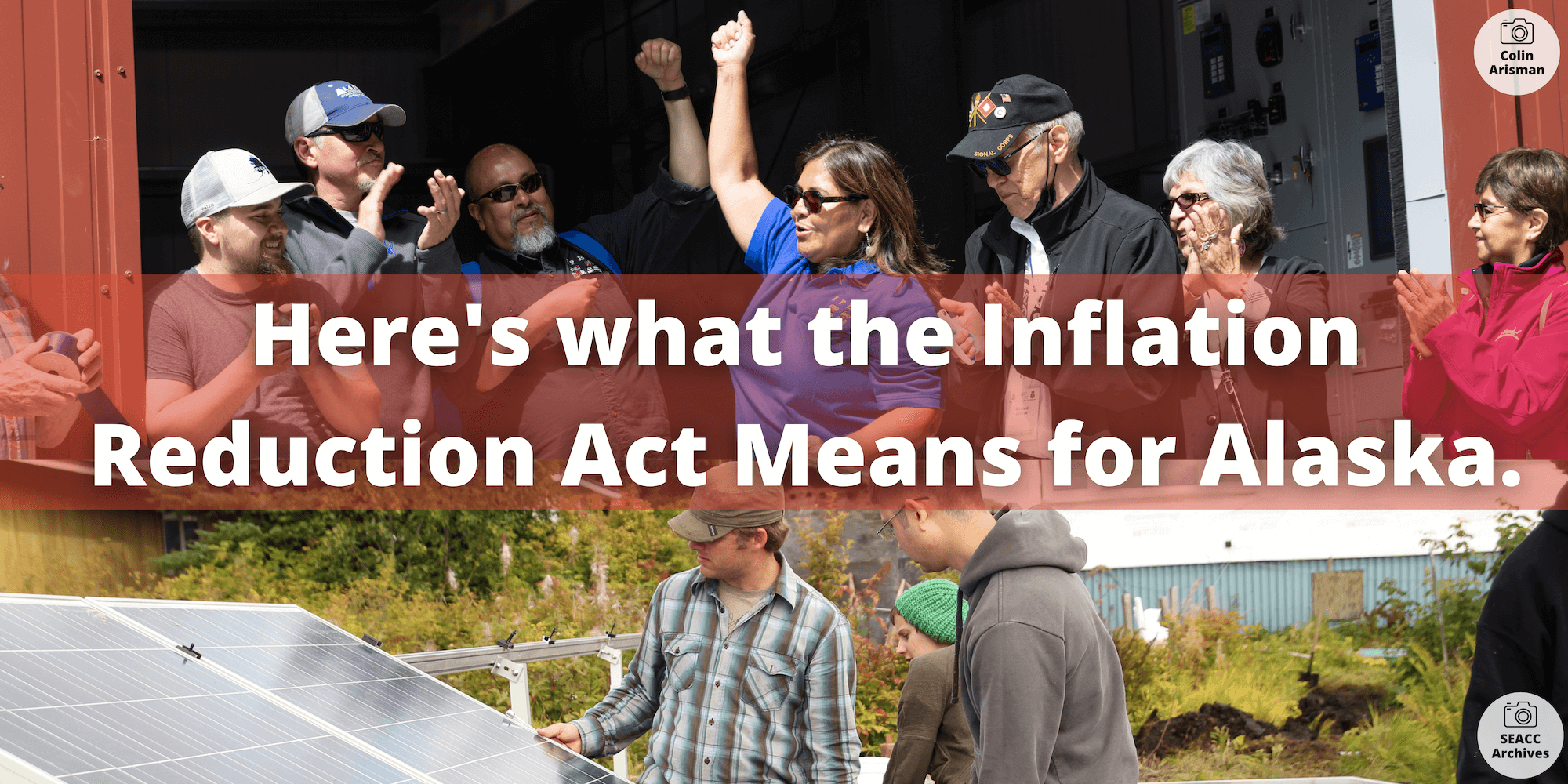 Hopefully, you’ve seen the headlines by now, a heavily pruned climate and healthcare bill, dubbed the Inflation Reduction Act, narrowly passed through Congress last week and was signed into law by President Biden this afternoon, Tuesday, August 16. Though the bill is far short of the climate action we need, it is also far more than we’ve ever done before, and so I think it deserves some guarded optimism and some qualified praise.

What exactly is in this bill that promises to create 9 million jobs nationally and cut carbon emissions by 40% by 2030? Let’s break it down — focusing especially on what it means for Alaska. I think it will earn your approval, even if it’s not everything we’ve worked and hoped for.

Regular Alaskans are going to feel the benefits most in the form massive rebates for clean energy purchases that will start going into effect in 2023. That includes $7500 for new electric vehicles and $4000 for used electric vehicles. The EV rebates include standards for Made-in-America components (ie, marginally higher environmental standards, BUT rare earth mining is still something SEACC will be watchdogging closely in our region) that increase over time, so not all EV’s will qualify immediately. Make sure to check with your dealer before assuming you’ll qualify for these rebates, they should apply at the time of sale, not when you file your taxes.

On the other hand, there are also big rebates for home energy efficiency improvements and efficient appliances, including a whopping 8 grand for heat pumps and smaller rebates for electric ranges, hot water heaters, and more. Unlike the EV rebates, the federal government will be working out specific regulations with each individual state over the coming months, so all we know so far is the dollar amounts, but stay tuned – rebate guidelines are expected in 2023.

One of the biggest and wonkiest wins for Alaska is a small detail buried on page 520 of the bill that has been a pet passion of mine the last two years. It should allow entities that normally don’t pay taxes to receive Investment Tax Credits and Production Tax Credits for zero-emission electricity as cash refunds.

Entities like the Inside Passage Electric Cooperative or municipal utilities like the one I’m a citizen-owner of in Sitka will be able to claim this refund at a rate of 3 cents per kilowatt hour, with a 10% increase for some communities with extra need. It’s a small incentive, but one that will help accelerate the transition to renewables while stabilizing or even in some cases reducing your utility bills.

To summarize it in one sentence, non-profit utilities will now receive cash incentives from the Feds for producing clean electricity, and since 96% of Alaskans receive their power from non-profit municipal, public or cooperative utilities, that’s a big win for Alaska!

What else is of interest? There’s a lot more to unpack in this 755-page bill, and if you sign up for our climate newsletter, I promise I’ll be unpacking more of it in the coming months, but here’s a highlight reel:

Much of this funding will be competitive across states, but if Alaska received even 1% of these funds it would come to hundreds of millions of dollars and thousands of jobs. We expect a state-by-state analysis in the coming weeks.

For even more information, there are one-pagers for the Energy and Climate section, the Agriculture and Forestry section, and the Infrastructure and Public Works section, or for the wonkiest among us, the very legislative text of the bill. I recommend using a search feature to find your topics of interest.

And lastly, in the first version of this explainer, I received some feedback from folks who are concerned about provisions regarding oil and gas lease sales. The bill DOES require at least one lease sale in Cook Inlet, and requires that a certain amount of future sales, which may happen in Alaska, are offered. This is bad news. But the best estimate we have, assuming all the fossil fuel sales outlined in the bill even happen, which is unlikely, is that the emission reductions will outweigh the increased emissions 24 to 1. To put it differently, the fossil fuel provisions account for only 4% of emissions that are being offset. In this political environment, I’ll take a 24 to 1 emissions trade any day of the week. I also want to point you in the direction of some actions you can take today to oppose fossil fuel projects in Alaska from our friends at Cook Inletkeeper and Alaska Wilderness League:

No New Drilling in Cook Inlet!

I hope this was a little helpful, maybe a little hopeful, and that you sign up for our climate newsletter to get monthly updates and actions on SEACC’s quickly evolving climate program! 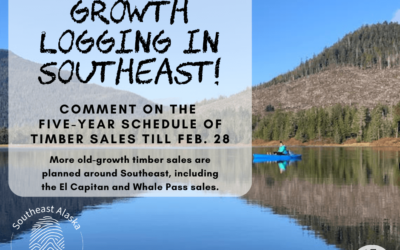 The State of Alaska Department of Natural Resources (DNR), Division of Forestry announced its Five Year Schedule of... 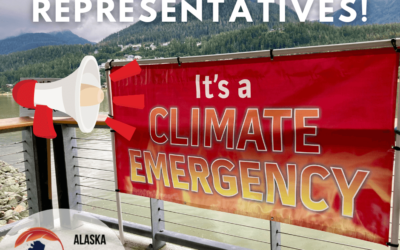 If you’ve been following SEACC’s climate work then you know we’ve been working hard with allies from across the state...