We’re down to our last trip out. We’ve gotten to a majority of our field sites, counted the seals (twice), and boarded just about every ship there is to board. We’ve spoken to hundreds of people, responded to emergencies, and taken out most our volunteers. At this point, what is left to do? 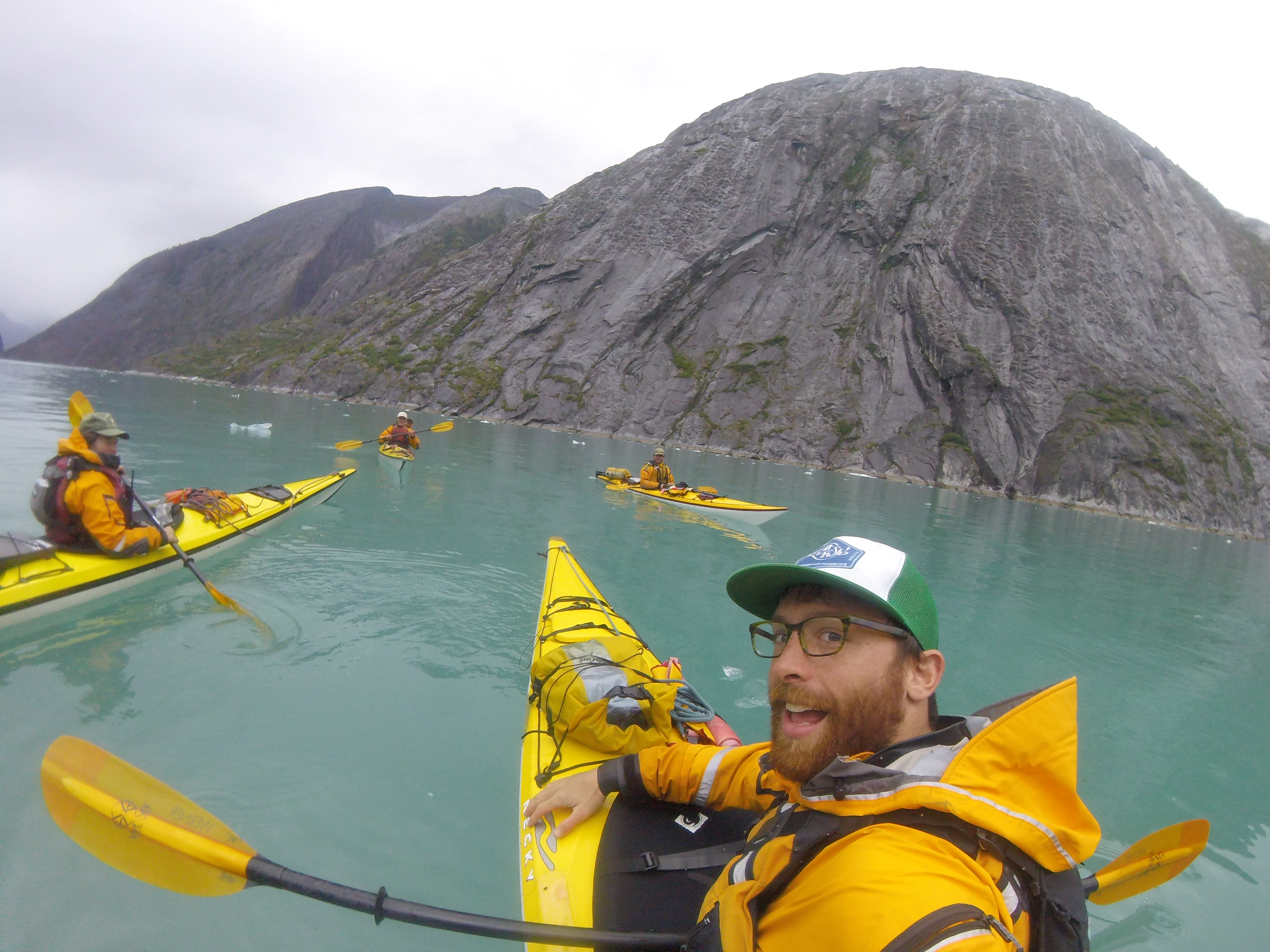 We discuss plans in camp. We have some objectives, but for Chrissy and I our visit is curtailed. Someone has to start breaking down our base camp, a sturdy canvas wall tent that has served us well through the summer. Sean will take our last volunteer, our second artist-in-residence, out to the end of Endicott Arm and through Fords Terror. Out of all the miles of waterways in Tracy Arm-Fords Terror Wilderness, this is the only one I wasn’t able to explore past the gate. Somewhere back there, beyond the roil of water marking the entrance, lies still more unexplored territory. It almost doesn’t seem fair, but then I see it as something to drive me back in in the future.

The air is getting colder and the clouds threaten rain. Tracy Arm itself insists it’s time for us to go home. A storm front threatens to move in from the Gulf of Alaska, and we’re already experiencing the first effects. We want to stay, to steal away a little more time in this wilderness we had grown so fond of. We watch for long moments as the light plays over the water. I need to savor these last days as much as I can. Maybe it’s because the weather is getting more raw, but as we paddle down Endicott Arm, the wilderness absolutely glows. The fjords look absolutely stunning. 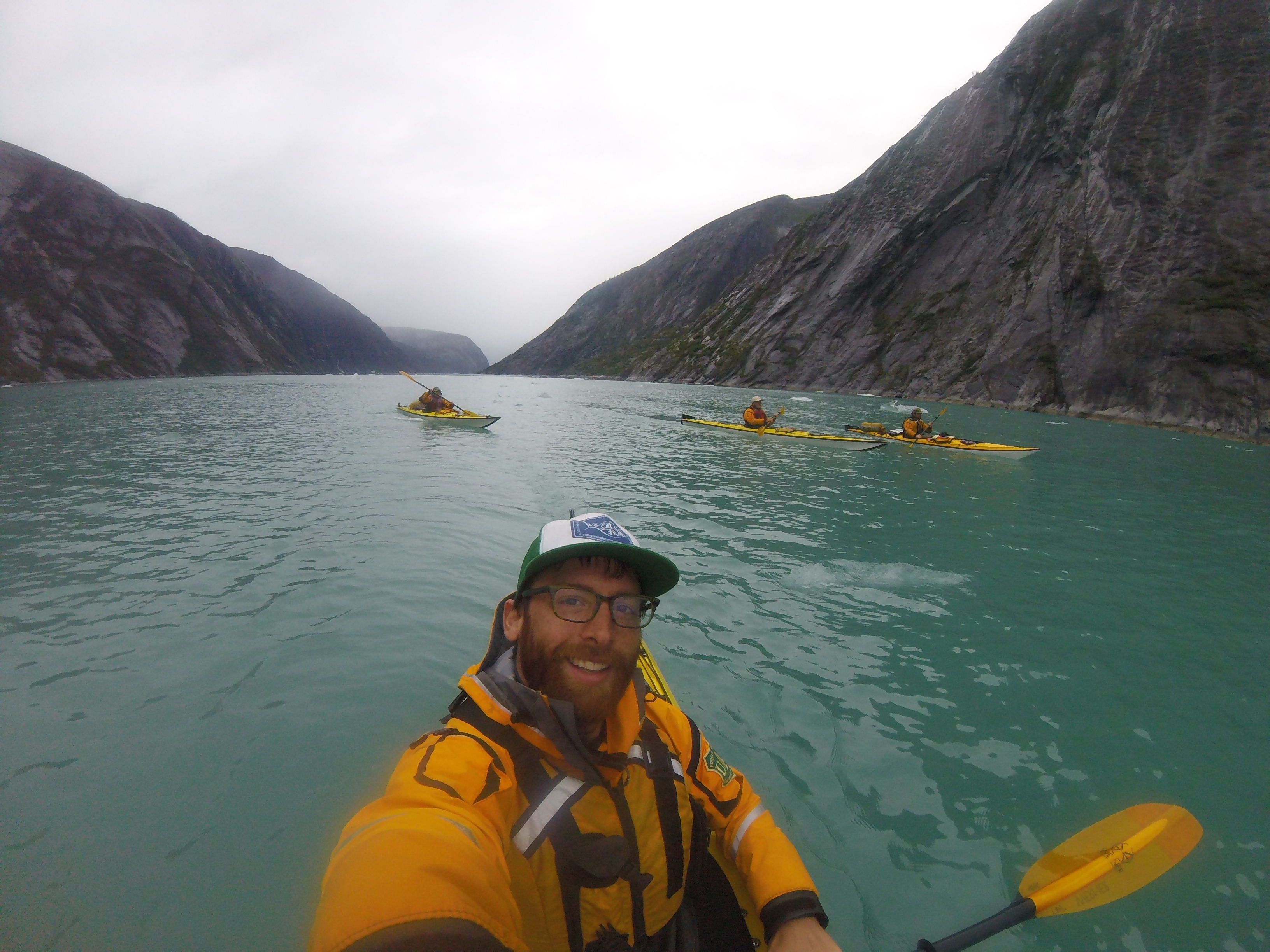 As we scramble over bare granite, looking for a relatively flat spot that wasn’t exposed to the full force of a katabatic wind, I can’t help but love this place. Surges of water from the glacier rise almost all the way into the sandy slot we eventually settle with as our camp. Looking across the water, we can just make out the square of Sean’s tarp on the far shore. For once, we were close enough to talk regularly, even if it is by radio.

The last boats have left long ago, and the sun is still setting relatively late in the day. We have Dawes glacier to ourselves. Muffled thunder sounds out as the glacier calves, bit by bit. Bergs drift past, bumping off of the rock wall. Glacial calving is surprisingly subtle at times. The surge it creates can be nearly invisible in the water, even as it washes against the rocks. The massive amount of water being displaced turns into boiling waves as it pushes into narrow gaps in the rock face. We watch from comfortably high up the cliff face.The rain comes and goes.

In the morning, Chrissy is eager to break camp; a combination of needing to beat the tidal window and catching the next boat out. I scramble up the rocks to snag a couple of pictures of the Dawes glacier before we need to leave. The pictures are the most important bit of having come to this campsite at all. We can add them to a series of photos that stretch back for years, showing the gradual lapse of ice. 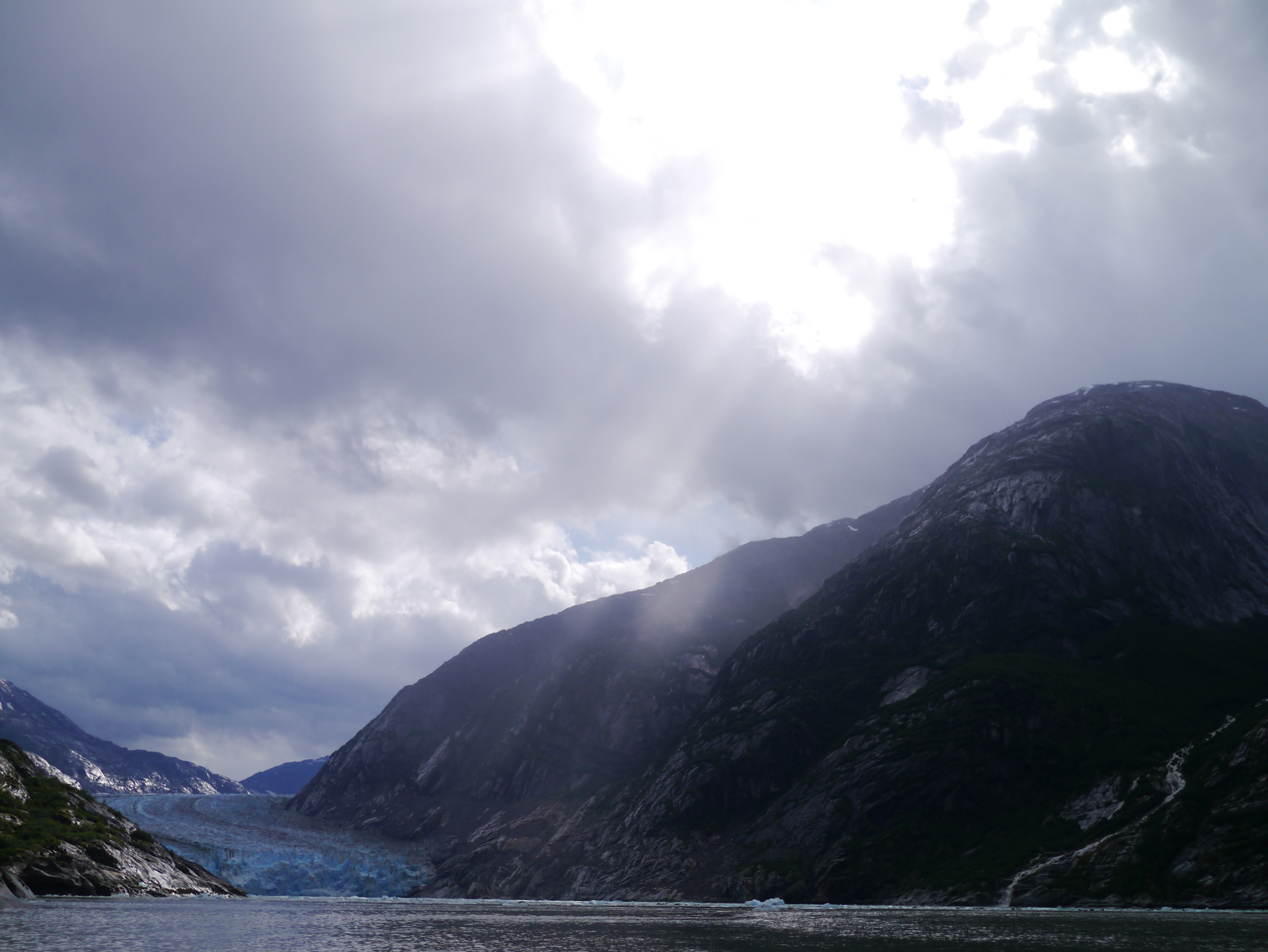 We get out on the water in time to catch the tide, but now we’re without much to do except paddle without a destination. The rain is kicking up, as is the katabatic wind, making a short paddle to the other side of the fjord a cross-wind huddle. The other side has a short stretch of beach, Sean and Paul have already departed. Our ride out, one of the Lindblad ships, steams in, but they’re not eager to get us on board until they’ve finished up their operations in the area: black zodiacs full of visitors stream from the boat like birds from the nest. We paddle around some more, but the rain is colder and the wind doesn’t let up. We take shelter in a nook in the rocks. As we wait, a couple of harbor porpoises slip around the point in the silty water.

A secretive animal, porpoises are the shy, round-faced cousins of the more gregarious dolphin. Harbor porpoises especially, don’t like company. They’re not drawn by curiosity like harbor seals, nor do they rush up in bold territorial rushes like sea lions. They avoid just about everyone. Perhaps they don’t see us very well through the silt or mistake the bottom of our kayaks for driftwood. Chrissy and I stop paddling without sharing a word. One of the porpoises comes up just behind Chrissy, hugging the rock face as it dips into the water. Even up close, the animal is nearly silent. The small curve of its back breaks the water a few more times as it goes by. Then, as quietly as it appeared, it’s gone.

The boat is at last ready to leave. We board, peel out of our wet layers one by one, and head inside. We chat with the crew, we present to the visitors. Before we know it, we’re dropped back at base camp. It’s over.

Is that the end? That can’t be it.

We unload our gear, but we don’t wash down the kayaks just yet. We were supposed to return early, but now, still surrounded by icebergs and sweeping mountains, the prospect of saying goodbye is too much. Back in Juneau, several weeks of cleaning and office work await. We confer, then slip back into the kayaks with only the bare minimum of gear. There are still spots on the map we haven’t yet explored. It’s time to go.