One of the incidental tasks of the kayak rangers is beach cleanup. Even a place like this isn’t immune to litter. Most of it appears to have come off of boats; everything from coffee cups to the remains of insulated fish boxes. It might seem like a small effort, but it’s vital to make sure this place feels pristine. It’s also for our own safety, in part. Any food-related waste that goes overboard may teach bears that human smells are food smells. A boat’s lasagna leftovers could spell certain doom for us on shore.

The best marine debris tends to hide in the grass at the very top of the tidal range. Here, Chrissy and I comb faster with the help of a volunteer. Bigger groups also help with deterring bears from hanging around the area.

Today we find a two-year-old jar of mayonnaise. Two right handed fishing gloves. A Goofy doll. Plastic bags. A sheet of plywood. A nun, which turns out to be a large red cone-shaped buoy. Lots of fish boxes.

Not everything fits on a kayak! Most of the debris, fortunately, is sieved through the ancient terminal moraines near Holkham bay. What can’t be carried back is gathered at the end of the trip on the larger aluminum skiff. We also find a large squid(dead) with tentacles missing. An egg case, most likely from a shark or skate. Tiny toads (alive) scattered in the seaweed. A whale vertebra, alone, somehow washed up from the depths. 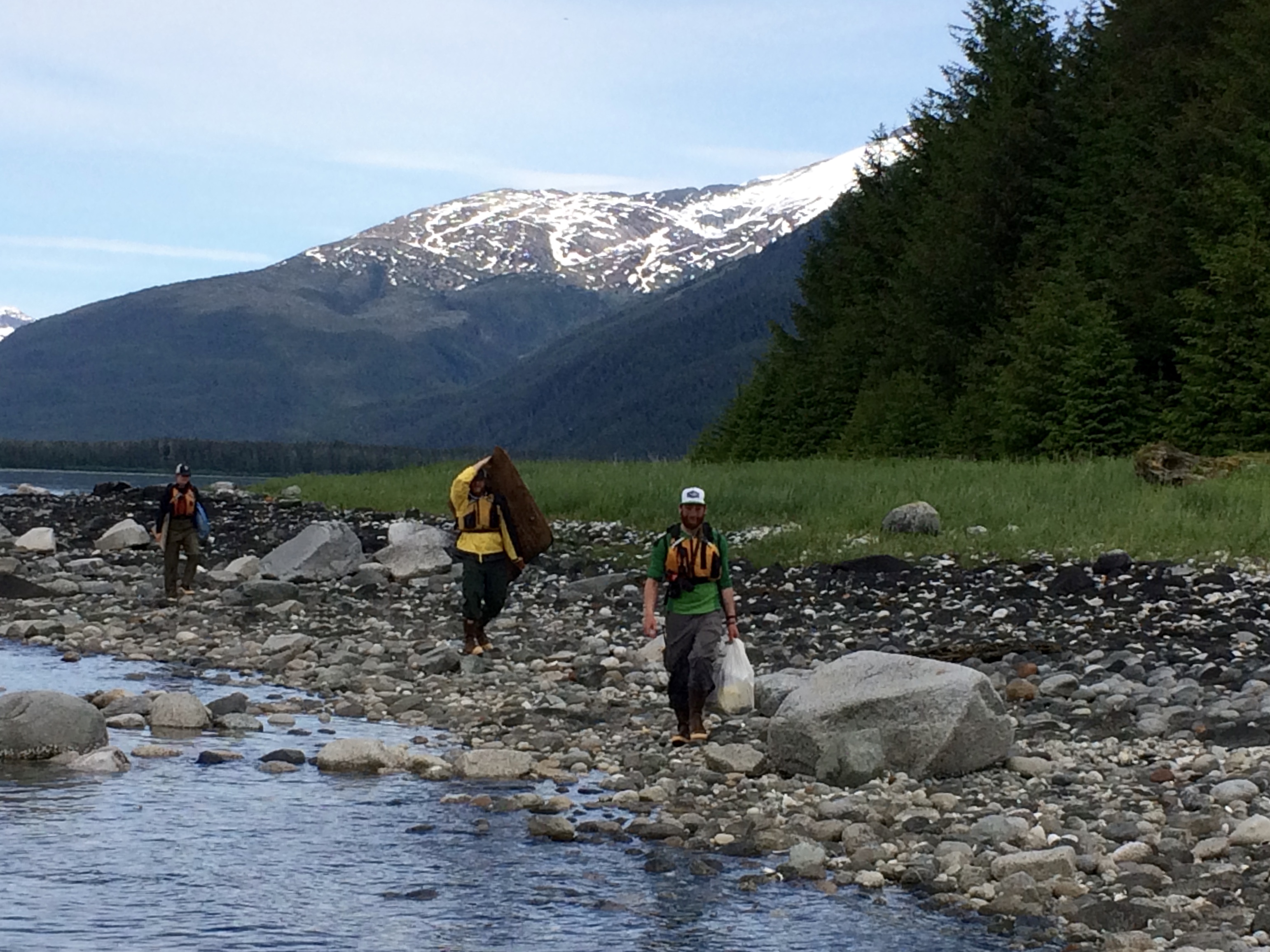 Not everything fits on a kayak! Most of the debris, fortunately, is sieved through the ancient terminal moraines near Holkham Bay. What can’t be carried back is gathered at the end of the trip on the larger aluminum skiff.

Some of these things remind us of the vast, hidden world that lies just out of reach. Some remind us of that even our most remote, untouched places on the globe are still subject to pollution. In this wilderness, a place we as a nation have agreed to preserve, there is still the degrading influence of the human world at large. The jetsam on the beach is just the most obvious. The truth is that the living world we rely on is more fragile than it once was, battling the combined stressors of a changing climate, pollution, and chemicals, invasive species, all of the boogeymen that we convince ourselves lurk in the future instead of right behind us.

So picking up trash becomes a statement as much as an act. It’s an acknowledgment that even our wild places need a little help.